You have reached the cached page for https://www.tripadvisor.com/ShowUserReviews-g1182377-d262678-r641994511-Disney_s_Hotel_New_York_The_Art_of_Marvel-Chessy_Marne_la_Vallee_Seine_et_Marne_.html
Below is a snapshot of the Web page as it appeared on 12/10/2020 (the last time our crawler visited it). This is the version of the page that was used for ranking your search results. The page may have changed since we last cached it. To see what might have changed (without the highlights), go to the current page.
You searched for: chessy seine-et-marne wikipedia book We have highlighted matching words that appear in the page below.
Bing is not responsible for the content of this page.
Near to both parcs. - Review of Disney's Hotel New York - The Art of Marvel, Chessy, France - Tripadvisor
Log in to get trip updates and message other travelers.

Near to both parcs. - Disney's Hotel New York - The Art of Marvel

Near to both parcs.

We had a nice week in this hotel , I'll summ up the pro's and con's.
- very near to both parcs , we were able to walk to Disney and studios.
- breakfast with great variety of products
- clean
then :
- minibar untouchable; when you lift up a bottle , it's charged to your account. My 6 year old daughter touched something , we had a 36 € bill of minibar without having consumed anything ( of course we didn't pay ).
- old , could do with some maintenance. 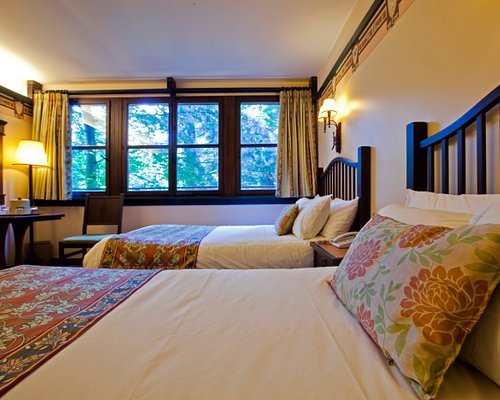 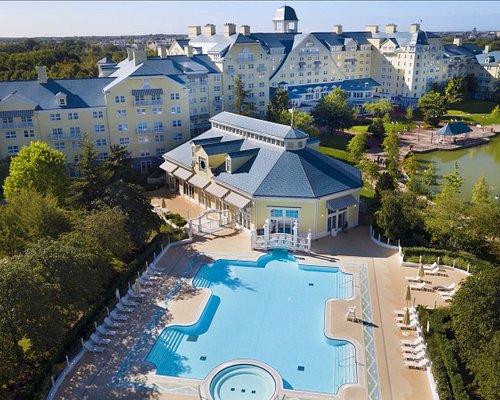 Rooms comfortable but not much different to cheaper disney hotels Meal times though were a lot more peaceful and civilised. Would probably not stay in this one at next visit as a bit boring. Shop very small in hotel not much choice. Shame the ice rink not in use anymore.

This review is the subjective opinion of a TripAdvisor member and not of TripAdvisor LLC.
DavidM10272
92
Reviewed December 25, 2018
Disappointing accommodation

The booking was secondary after the original hotel room booking was unavailable. This room was tired and luckily is being refurbished in the new year. The breakfast was consistent and good the location is convenient just not as much as the Disneyland hotel. Good staff but down stairs doesn’t feel welcoming.

Room tip: Pay more for Disneyland hotel or way less for the budget hotels this price range isn’t worth it.
Ask DavidM10272 about Disney's Hotel New York - The Art of Marvel
Thank DavidM10272

Dear David,
Thank you very much for taking the time to share these words regarding your recent stay in Disney's Hotel New York.


We are sorry to see the comments about the hotel. Please know that your feedback is extremely valuable to us and we are utilizing your comments to continuously improve our guest experience.


We sure do hope that we will see you back again soon in Disneyland Paris.

Report response as inappropriateThank you. We appreciate your input.
This response is the subjective opinion of the management representative and not of TripAdvisor LLC.
Ciara2013
Waterford, Ireland
9638
Reviewed December 25, 2018 via mobile
Hotel New York

We stayed for 3 nights at the beginning of December. The rooms are large but could do with a revamp. The check in was quick and very friendly. We loved the character meet and greet each morning. The pool was nice and the games room was a nice touch. The location is excellent, a few minutes walk from Disney village.

This review is the subjective opinion of a TripAdvisor member and not of TripAdvisor LLC.
Mightysock
Wombourne, United Kingdom
178
Reviewed December 24, 2018 via mobile
Christmas break

Stopped in this hotel 10 years ago then it was good. Never thought I would sleep in a prison bed until know. We travel and stay in numerous hotels around the world and have stayed in over seven Disney hotels five in Florida. This hotel has its advantages location. All the family have had backache and it’s not from the rides. The bathroom sinks did not drain and the dust in the room bad. Not going to go on just hotel needs a clean and updated.

Dear Guest,
We are grateful you have taken the time to write a review about your recent stay in Disney's Hotel New York.


We are so sorry to see your comments about your experience in this hotel. We always strive for the best for each and every guest and we are sorry that we were not able to meet your expectations. Customer satisfaction is taken very seriously, and we appreciate you bringing this to our attention to investigate further.


We do hope that we will have the chance of welcoming you back again soon in Disneyland Paris.

Report response as inappropriateThank you. We appreciate your input.
This response is the subjective opinion of the management representative and not of TripAdvisor LLC.
SpringsteenFan99
Grimsby, United Kingdom
142106
Reviewed December 22, 2018
Changed rooms 4 times!

This is probably a pointless review, given that the hotel is being remodelled at the end of this month into a Marvel hotel, and won't reopen for several years.

Still, I'm so frustrated with my experience here that this review is a cathartic release that warrants the keystrokes.

In short, we wound up changing rooms FOUR TIMES - each time to the other side of the hotel, with an 11 month old child and multiple suitcases in tow - due to the disgusting rooms we were presented with, and the refusal of staff to acknowledge the problem.

The first room smelled terrible - a mix of sweat and cigarette smoke (in a supposedly non-smoking room.) The second had the King Size bed we'd ordered swapped for two small beds. The crib they offered was like something from a 1800s orphanage, with no mattress to speak of, so our son slept in our bed... there was no way we were all fitting in one bed, and pushing two together left a huge gap in the middle that would have been dangerous.

The third room was both smelly AND had just one of the smaller beds! When I raised this point with staff, they were adamant it was a King Size... despite the first room having a bed at least 1/3 bigger that we actually laid on, so knew for sure.

Finally, they backed down, and a lady from the front desk accompanied me to the 4th (and thankfully, final) room to check it was at least habitable.

After a long day of airports and an extremely tired infant, moving all of our stuff 4x and getting a different staff member each time to explain it to, certainly didn't help.

There were other issues with the room - the kettle leaked, some of the plugs didn't work, the fireworks view we had in the original room was replaced with a courtyard view in the last, under the bed was dirty, and overall the room still had a slight fustiness about it that meant it wasn't even close to its supposed 4* rating. Also, I don't know what it is about French hotels, but they don't seem to have discovered automatic doors. Every door was heavy and swung back quickly, which was especially dangerous in a hotel full of pushchairs and small children.

On the plus side, it was close to Disney (10 minute walk) and served okay as a base for a quick trip.

I just hope they train their staff better next time around.. fly them out to Orlando to show them how it's done!

Dear Guest,
We would like to thank you for writing a review about your recent stay in Disney's Hotel New York.


We are so sorry to hear about your experience. We invite you to share your experience with our dedicated department at dlp.guest.communication@disneylandparis.com. Our colleagues will read you very carefully and will get back to you as quickly as they can.


We do hope that we will have the pleasure of welcoming you back again soon in Disneyland Paris.

Report response as inappropriateThank you. We appreciate your input.
This response is the subjective opinion of the management representative and not of TripAdvisor LLC.
View more reviews
PreviousNext
1…345…1345