You have reached the cached page for https://articlebio.com/peter-mullan
Below is a snapshot of the Web page as it appeared on 11/7/2021 (the last time our crawler visited it). This is the version of the page that was used for ranking your search results. The page may have changed since we last cached it. To see what might have changed (without the highlights), go to the current page.
You searched for: charles mullan children We have highlighted matching words that appear in the page below.
Bing is not responsible for the content of this page.
Who is "My Name is Joe" & "War Horse" Actor Peter Mullan? His Age, Height, Movie & TV Career & Children

Emmy Award-nominated film and television Scottish actor, director, and writer Peter Mullan has won numerous awards including Scottish BAFTA Awards, a Cannes Film Festival Award, and an Empire Award, among others, and has appeared in movies like Braveheart, Trainspotting, Children of Men, the Harry Potter franchise, War Horse, and Hostiles; and TV shows like Ozark, Westworld, and Cursed.

When was Peter Mullan Born? What is his Height?

Peter Mullan was born on November 2, 1959, the seventh of eight children, to lab technician Charles Mullan and nurse Patricia Mullan. Born in Peterhead, Scotland, and raised in the suburb of Mosspark in Glasgow, Mullan is 60 years old as of August 2020 and stands at 5 feet 8 inches (1.73 meters).

Peter's father was an alcoholic and abusive, dying of lung cancer when Peter was 17. As a result, Peter became involved in a street gang during his school years and spent part of his teens on the street.

He got his life together and went on to study economic history and drama at the University of Glasgow, where he got his first taste of acting.

Peter Mullan made his on-screen debut in 1988. He made his film debut in 1990 as Vince in the Scottish crime sports-drama Crossing the Line. He made his television debut as Tonto in the BBC Scotland comedy-drama miniseries Your Cheatin' Heart starring among others, Tilda Swinton. 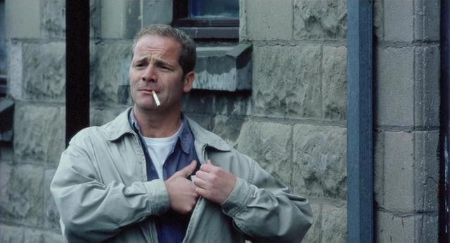 Peter Mullan as Joe Kavanagh in My Name Is Joe SOURCE: Cinema of the World

He is perhaps most well-known for his starring role as recovering alcoholic Joe Kavanagh in the 1998 Scottish romantic-drama My Name is Joe -- a role for which he won the Best Actor distinction at the 1998 Cannes Film Festival.

Mullan has been seen in a litany of blockbusters and/or critically acclaimed movies throughout his career, most notably in Mel Gibson's Oscar-winning 1995 historical epic drama Braveheart, the cult-classic 1996 British black comedy Trainspotting, and the Oscar-nominated 2006 dystopian sci-fi action-thriller Children of Men.

On television, Mullan had notable roles in shows like Shoebox Zoo, The Fixer, The Fear, Top of the Lake, Stonemouth, Quarry, Gunpowder, Ozark, Mum, and Westworld. 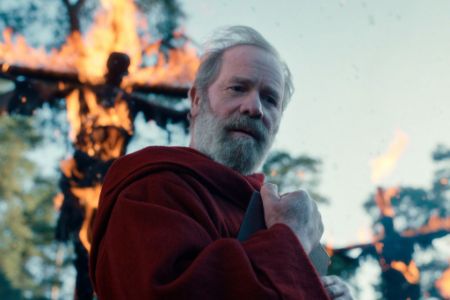 He is a Father of Four

Peter Mullan was married to actress/scriptwriter Ann Swan from June 1, 1989, until their divorce in 2006.

Peter Mullan is father to four children -- three with his now-ex-wife Ann Swan and one with his ex-girlfriend Robina Qureshi -- a Pakistani-born human rights activist.