You have reached the cached page for https://www.rottentomatoes.com/m/changing_lanes
Below is a snapshot of the Web page as it appeared on 11/24/2020 (the last time our crawler visited it). This is the version of the page that was used for ranking your search results. The page may have changed since we last cached it. To see what might have changed (without the highlights), go to the current page.
You searched for: changing lanes movie trailer We have highlighted matching words that appear in the page below.
Bing is not responsible for the content of this page.
Changing Lanes (2002) - Rotten Tomatoes
Home
Top Box Office
Tickets & Showtimes
DVD & Streaming
TV
News 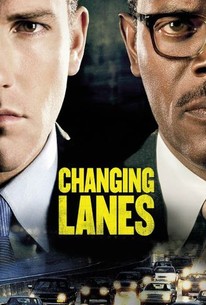 Though some may find its conclusion unsatisfying, Changing Lanes is a tense, well-crafted exploration of meaty ethical dilemmas.

A rush-hour fender-bender on New York City's crowded FDR Drive, under most circumstances, wouldn't set off a chain reaction that could decimate two people's lives. But on this day, at this time, a minor collision will turn two complete strangers into vicious adversaries. Their means of destroying each other might be different, but their goals, ultimately, will be the same: Each will systematically try to dismantle the other's life in a reckless effort to reclaim something he has lost.