You have reached the cached page for https://www.joblo.com/cbs-announces-premiere-dates-for-under-the-dome-zoo-and-extant-168/
Below is a snapshot of the Web page as it appeared on 11/27/2021 (the last time our crawler visited it). This is the version of the page that was used for ranking your search results. The page may have changed since we last cached it. To see what might have changed (without the highlights), go to the current page.
You searched for: cbs summer writers forum: extant under the dome zoo tv live We have highlighted matching words that appear in the page below.
Bing is not responsible for the content of this page.
CBS announces premiere dates for Under the Dome, Zoo, and Extant

CBS announces premiere dates for Under the Dome, Zoo, and Extant

If you're a fan of the hit CBS series "Under the Dome" and have been patiently awaiting news on the upcoming third season, then we've got ya covered as CBS has revealed the summer premiere date as well as a new cast member. On top of that, we've also got word on when you can expect the Halle Berry-starring "Extant" to return as well as word on the new series "Zoo", based on the #1 bestselling novel by James Patterson, to air on the network.

Based on Stephen King’s bestselling novel, "Under the Dome" tells the story of…

…a small town that is suddenly and inexplicably sealed off from the rest of the world by an enormous transparent dome.

This season, Emmy Award winner Marg Helgenberger will guest star in an extended story arc, beginning with the premiere episode, as the town’s inhabitants figure out the Dome’s purpose and what it wants from them.

We've also learned that "Zoo", based on the #1 bestselling novel by James Patterson, will bow on Tuesday, June 30 at 9pm. The series stars James Wolk, Kristen Connolly, Billy Burke, Nonso Anozie, and Nora Arnezeder. Brad Anderson is directing and also serves as an executive producer. Here's the book's synopsis:

All over the world, brutal attacks are crippling entire cities. Jackson Oz, a young biologist, watches the escalating events with an increasing sense of dread. When he witnesses a coordinated lion ambush in Africa, the enormity of the violence to come becomes terrifyingly clear. With the help of ecologist Chloe Tousignant, Oz races to warn world leaders before it's too late. The attacks are growing in ferocity, cunning, and planning, and soon there will be no place left for humans to hide.

…astronaut Molly Woods (Berry) discovers she has unwittingly put the human race on a path to destruction, and that she and mysterious stranger J.B. Richter (Jeffrey Dean Morgan) may be the only hope for survival. 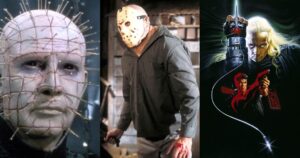 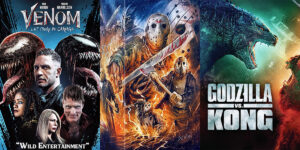 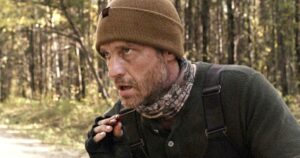 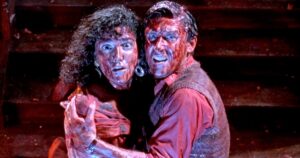 Dead-Alive: 4K restorations of Peter Jackson’s early films in the works
View All

Eli Roth’s Thanksgiving – The Horror Movie That Almost Was

Arrow in the Head’s long-running Face-Off article series was recently revived as a video series called Horror Face-Off, and for the second…

Even while 2016’s Resident Evil: The Final Chapter was in theaters, it was announced that the series would be getting…

Eli Roth’s Thanksgiving – The Horror Movie That Almost Was

There are some Thanksgiving-themed horror movies, including Blood Rage, Home Sweet Home, and Thankskilling, but not that many compared to…

Clive Barker‘s feature directorial debut Hellraiser has had a lot of sequels over the years, but in the new episode…

Peter Jackson is currently doing the press rounds for his Disney+ docu-series The Beatles: Get Back, and while talking to…

For a long time, the only plot synopsis we had for director Matt Reeves‘ The Batman, which is scheduled to…

Halloween Ends character breakdowns may have been revealed

Jason Goes to Hell: The Final Friday (1993) – WTF Happened to This Horror Movie?

Doug Bradley (Pinhead) – Where in the Horror Are They Now?