You have reached the cached page for https://biomedpharmajournal.org/vol11no1/academic-stress-and-its-sources-among-university-students/
Below is a snapshot of the Web page as it appeared on 10/21/2021 (the last time our crawler visited it). This is the version of the page that was used for ranking your search results. The page may have changed since we last cached it. To see what might have changed (without the highlights), go to the current page.
You searched for: causes of stress among students journal We have highlighted matching words that appear in the page below.
Bing is not responsible for the content of this page.
Academic Stress and its Sources Among University Students | Biomedical and Pharmacology Journal
twitter
facebook
linkedin

How to Citeclose    |   Publication History close

Academic Stress and its Sources Among University Students

Stress has become part of students’ academic life due to the various internal and external expectations placed upon their shoulders. Adolescents are particularly vulnerable to the problems associated with academic stress as transitions occur at an individual and social level. It therefore, becomes imperative to understand the sources and impact of academic stress in order to derive adequate and efficient intervention strategies. The study employed a quantitative research design where participants were screened using Academic Stress Scale (Rajendran& Kaliappan,1991 from four streams namely, commerce, management, humanities, and basic sciences. The five dimensions of sources such as personal inadequacy, fear of failure, interpersonal difficulties with teachers, teacher pupil relationship and inadequate study facilities were further analysed and gender differences were also obtained. Understanding the sources of stress would facilitate the development of effective counselling modules and intervention strategies by school psychologists and counsellors in order to help students alleviate stress.

For the longest time, people assumed that the student population was the least affected by any sort of stress or problems. Stress is now understood as a lifestyle crisis(Masih & Gulrez, 2006) affecting any individual regardless of their developmental stage(Banerjee & Chatterjee, 2016). The only task students were expected to undertake was to study and studying was never perceived as stressful. What proved to be stressful was the expectations parents had for their children, which in turn grew into larger burdens that these children could not carry anymore. According to the statistics published by National Crime Records Bureau, there is one student every hour that commits suicide(Saha,2017). The bureau registered 1.8% students who committed suicide due to failing in examinations and an 80% rise in suicide rates during a one-year time frame. A 2012 Lancet report also quoted that the 15-29 age group bracket in India has the highest rate of suicide in the world (as cited in “India has the Highest Suicide Rate”, n.d.)  and these numbers show no sign of dropping.

Academic stress has been identified as the primary cause of these alarming figures.Lee & Larson (2000) explain this stress as an interaction between environmental stressors, student’s appraisal and reactions for the same. It has now become a grave reality that is termed as a “career stopper” (Kadapatti & Vijayalaxmi, 2012). It therefore,becomes a significant cause of concern as it is symptomatic of rising mental health concerns in India (Nadamuri & Ch,2011).

Depression, anxiety, behavioural problems, irritability, etc. are few of the many problems reported in students with high academic stress(Deb, Strodl& Sun, 2015;Verma, Sharma & Larson, 2002).Incidences of depression were also found among stressful adolescents as it is linked with inability to concentrate, fear of failure, negative evaluation of future, etc. (Busari, 2012).Adolescents were also reported to be indulging in various risky behaviours such as increased consumption of alcohol and drugs, unprotected sexual activities, physical inactivity, poor eating and sleeping patterns (American College Health Association, 2009; Bennet & Holloway, 2014; King, Vidourek& Singh, 2014). The pressure these students face to perform is so severe resulting in five-fold increase in suicide attempts.

It becomes imperative to also understand that low stress does not necessarily ascertain that students will perform better, but in fact under these circumstances, they would perceive the task as unchallenging and may also get easily bored (Uchil, 2017). Though certain levels of stress push students towards optimum performance, when it is not managed efficiently due to inadequate resources to cope with the stress, it can have dismal consequences for the student as well as the institution.

The stress response elicited by every individual is identical regardless of the trigger causing. For example, marital stress, exam anxiety, work stress, etc. would elicit identical physiological responses from the body. This happens primarily due to the adreno-medullary system, which is part of the sympathetic division of our nervous system and the adrenocortical axis (Bourne & Yaroush, 2003) resulting in the “fight or flight” reaction. Some of the physiological changes that can be observed in the body are changes in heart rate(HR), blood pressure (BP), respiratory rate, increased blood flow towards skeletal muscles, etc.

While the stress response may be identical, the sources of stress reported by individuals vary. These differences would be seen in the causes, sources and consequences of stressors. Some of the common stressors reported in an academic setting include excessive assignments, poor time management and social skills, peer competition, etc. (Fairbrother & Warn, 2003). These results are consistent with studies conducted in India as well as reported by Sreeramareddy, Shankar, Binu, Mukopadhyay, Ray & Menezes (2007).

Thus, as the sources of stress vary despite identical stress responses elicited by the body, understanding the former will help develop tailor made interventions targeted to reduce stress levels of students, which will in turn contribute towards holistic well-being of the individual.

Participants for the study were selected from a general pool of students using random sampling technique where the classes were chosen based on names picked out from a fish bowl. Informed consent form and demographic profile sheet were given to all the participants and the objectives of the study were explained. Academic Stress Scale developed by Rajendran and Kaliappan(1991) was used to understand the sources of stress. This questionnaire was selected on the basis of previous results obtained during the pilot study of this project. It measures the sources of stress primarily on four dimensions namely, personal inadequacy, fear of failure, teacher pupil relationship, interpersonal difficulties, and inadequate study facilities. The approximate administration time was around 25 minutes. Incomplete forms and questionnaire were not included in the study. Results were then analyzed using SPSS v.21.

The main objectives of the study were to understand the level of academic stress faced by students and the different sources that contributed to the same. Gender differences and stream wise differences in total academic stress were also analysed. Data was collected from four academic streams namely, commerce, humanities, science, and management. The students who responded to the questionnaire were currently in their final year of undergraduate programme. The obtained data was subjected to appropriate statistical analysis and the results are discussed in this session.

The total number of participants who were subjected to the analysis procedures were 336. The mean of the sample on the total academic stress score was 53.46(SD=25.70) as reflected in table 1. Using the mean as cut-off for preliminary analysis and interpretation, it was found that 48.80% of students fall under the category of having average to high stress levels.

The second major objective was to find if there are any significant gender differences in the total academic score obtained by the participants. The total number of male and females were 162 and 174 with a mean score of 53.01(SD=26.75) and 53.87(SD=24.75) respectively. According to the independent samples t- test results indicated in table 2, there exists no significant difference in total academic stress experienced by males and females.

To understand if there are significant differences in dimensions of academic stress experienced by males and females, the data was subjected to multivariate test and the results are presented in table 3.

Tests of Between Subjects Effects

The results presented in table 3.a. and 3.b. indicate that the scores obtained on the dimensions of academic stress differed significantly (.954, p<0.05) across the two groups, males and females. Further analysis also revealed that it was the fear of failure dimension that differed significantly F=5.207, p<0.05, with females reported to have higher scores (Mean=12.29, SD=7.39) than males (Mean=10.53, SD=6.70).

The third major objective was to find whether there exist significant stream wise differences in academic stress. The data was subjected to ANOVA test and results are presented in table 4.

To understand if there are stream differences in the dimensions of stress, the data was subjected to multivariate tests and the results are presented in table 5.

Tests of Between Subjects Effects

Results presented in table 5.a. and 5.b. indicate that there were significant stream differences (Value=4.084, p<0.1)across the different dimensions of stress as assessed by the questionnaire. Further analysis indicate that the significant differences were shown in the dimensions personal inadequacy, interpersonal difficulties, teacher pupil relationship and inadequate study facilities. Fear of failure was the only dimension that did not show any significant difference across streams which is in contrast to the gender wise differences where it was observed that fear of failure was the only significant dimension that varied with respect to gender.

Prevalence of academic stress is not a stream specific situation. High stress levels were reported in medical and engineering students highlighting the need for medical attention and interventions (Behere, Yadav & Behere, 2011).

Academic stress has become a pervasive problem across countries, cultures, and ethnic groups (Wong, Wong & Scott, 2006). The present study brought into light that academic stress still continues to be a devastating problem affecting a student’s mental health and well-being. Stream wise differences in the experience of stress were also highlighted. Management of the condition thus becomes fundamental at every level namely, personal, social and institutional. Techniques like biofeedback, yoga, life-skills training, mindfulness meditation, psychotherapy have been found to be effective in reducing stress among students Understanding the source from the different spheres will enable professionals in the field to tailor-make intervention for students combining the most effective strategies. Improving the holistic well-being of the student would eventually be productive not only the individual but, for the overall productivity of the institutions as well.

This study was supported by the Centre for Research (projects), Christ University, Bangalore – 560 029, India.

There is no conflict of interest 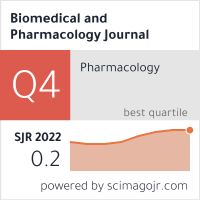 Journal is Indexed in:

This work is licensed under a Creative Commons Attribution 4.0 International License.