You have reached the cached page for https://jamesbond.fandom.com/wiki/Casino_Royale
Below is a snapshot of the Web page as it appeared on 1/21/2021 (the last time our crawler visited it). This is the version of the page that was used for ranking your search results. The page may have changed since we last cached it. To see what might have changed (without the highlights), go to the current page.
You searched for: casino royale 1967 wikipedia We have highlighted matching words that appear in the page below.
Bing is not responsible for the content of this page.
Casino Royale | James Bond Wiki | Fandom
watch 01:20
The Loop (Movies)
Do you like this video?

Casino Royale is Ian Fleming's first James Bond novel, published in 1953. The story entails James Bond, Agent 007 of the "Secret Service", travelling to the casino at Royale-les-Eaux in order to bankrupt a fifth-columnist, Le Chiffre, the treasurer of a French union and a member of the Russian secret service. Bond is supported in his endeavours by Vesper Lynd, a member of his own service, as well as Felix Leiter of the CIA and René Mathis of the French Deuxième Bureau.

Since it was first published on 13 April 1953, Casino Royale has been adapted for the screen three times. The first was a 1954 episode of the CBS television series Climax! with Barry Nelson as CIA agent "Jimmy Bond". The first Casino Royale film was a 1967 spoof with David Niven playing "Sir James Bond", with the second being the twenty-first official film in the EON Productions film series with Daniel Craig as James Bond, released on 17 November 2006. A tie-in console video-game of the same name was under development by Electronic Arts, but was cancelled during production. The film's story was subsequently adapted into a 2006 mobile game and the 2008 video-game Quantum of Solace. 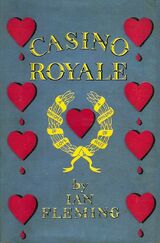 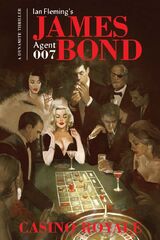 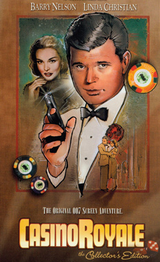 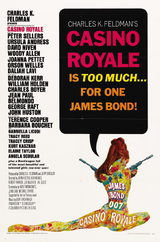 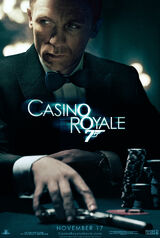 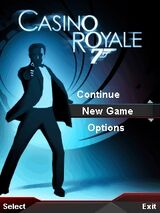 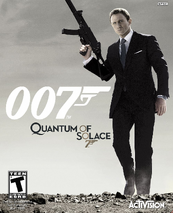 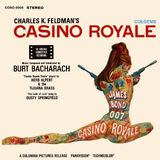 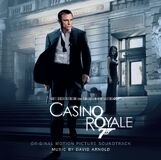