You have reached the cached page for http://www.carlosalazraqui.com/about/
Below is a snapshot of the Web page as it appeared on 7/1/2020 (the last time our crawler visited it). This is the version of the page that was used for ranking your search results. The page may have changed since we last cached it. To see what might have changed (without the highlights), go to the current page.
You searched for: carlos alazraqui reno 911 We have highlighted matching words that appear in the page below.
Bing is not responsible for the content of this page.
Carlos Alazraqui - Comedian/Actor/Producer About | Carlos Alazraqui 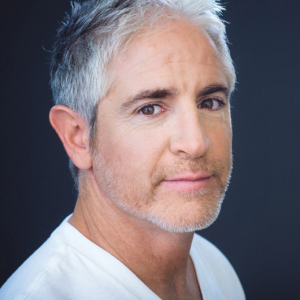 Carlos Alazraqui was not just the face of Deputy James Garcia on Comedy Central’s hit show RENO 911 or RENO 911 the movie!  He recently won the prestigious ANNIE AWARD for Outstanding Achievement in Voice Acting in an Animated TV/Broadcast Production THE MR. PEABODY & SHERMAN SHOW. He’s also been a standup comic for over 25 years, a well known television/film actor and one of LA’s top voiceover actors with hundreds of credits to his name.

Television and film audiences have recently seen Carlos as Officer Alvarez in the new CBS series KEVIN CAN WAIT,  Dr. Moncada on JANE THE VIRGIN for CW, Sammy Tucker on BONES for FOX, Detective Nash on Tru TV’s ADAM RUINS EVERYTHING, Mr. Foodie on MUTT AND STUFF, and Christopher Columbus on  CROSSROADS OF HISTORY. On the big screen, Carlos plays Hector in DANCE BABY DANCE to be released in 2018, and Carlo in TAKE THE TEN for Netflix.  He also has a long running commercial campaign in the Southeast as spokesman JJ Hightail for DIRECT AUTO INSURANCE.

Presently he is rebooting his role of Rocko in the NEW  ROCKO’S  MODERN LIFE for Nickelodeon. He plays Mayor Temoroso on THE NEW ADVENTURES OF PUSS IN BOOTS for Dreamworks Animation and Netflix, he is the voice of Skylar in Disney’s ELENA OF AVALOR, and Jimmy Pierce on Cartoon Networks new show UNLOVABLE.

He also  partnered with Michael Douglas/Further Films and HBO to develop his own half hour series based on one of his own characters titled GOOD MORNING IOWA. Carlos is Executive Producer on a primetime animated series called LET IT BEARD, and FUN SQUAD, a half hour live action series, with CURB YOUR ENTHUSIASM’s Tim Gibbons.  Additionally he is creator and Executive Producer with Ryan Seacrest/Endemol Shine on a show called UNCOMMON GROUND.

His other writing credits include THE RIP SQUAD a half hour live action series for Comedy Central, THE LAST WHITE DISHWASHER (short film), HEAD GAMES (short film in post production), SPIRITOLOGY (half hour series), and several other television and movie projects in development including projects with Broadway Home Video.

Carlos has provided the voices for Rocko and Spunky on Nickelodeon’s ROCKO’S MODERN LIFE, Mr. Weed on FOX’s THE FAMILY GUY, Lazlo on Cartoon Network’s CAMP LAZLO, Bane in JUSTICE LEAGUE DOOM, and Mr. Crocker on Nickelodeon’s long running series FAIRLY ODD PARENTS. One of his most famous roles was the voice of The Taco Bell Chihuahua for TACO BELL, which has been documented as one of the most well known advertising campaigns of all time.

Carlos also plays Bob in FUNHOUSE MASSACRE (2015), El Chupacabra, the breakout star of Disney’s PLANES, Amos in the hit film FREE BIRDS, King Magnus on Disney’s SOPHIA THE FIRST! You can also hear Carlos as the voice of Nestor, the Latin Penguin, in HAPPY FEET and HAPPY FEET 2 as well as Chuy and General Posada in BOOK OF LIFE, and the sexy Brazilian Helicopter Pilot and Dad’s Fear in INSIDE OUT, to name just a few of his film roles.

Carlos had a Showtime special and a Comedy Central Half Hour Special as well as several other national television appearances including three spots on the Late Late Show with Craig Ferguson. He is presently developing another comedy special!

Carlos also doubles his work for PIXAR as the sound-a-like voice for Billy Crystal as Mike Wazowski for commercials and merchandise.

Carlos works with Stephanie Miller every Wednesday on his COFFEE WITH CARLOS segment on the Stephanie Miller Radio Show on Free Speech Radio.  He has also produced his own Web Series Cartoon on Mondomedia.com called OFF THE CURB, which played live to a sold out crowd in the YouTube Lounge at San Diego Comic-Con.

Carlos also successfully produced the first ever live ROCKO’S MODERN LIFE event at LA’s Downtown Independent Theatre, along with Creator Joe Murray. The show was sold out in one week! He also produced the 2nd Rocko Live Panel at this year’s FLORIDA SUPERCON and is seen at Comic-Con’s across the USA.

In his free time, Carlos is an avid tennis player and sports enthusiast. Carlos currently resides in Los Angeles with his wife and two daughters! Check out Carlos at CarlosAlazraqui.com, @CarlosAlazraqui on Twitter or @CarlosAlazraquiOfficial on Facebook for a listing of his live appearances and shows.