You have reached the cached page for https://riffmagazine.com/features/carlos-alazraqui-reno-911-rockos-modern-life/
Below is a snapshot of the Web page as it appeared on 11/11/2021 (the last time our crawler visited it). This is the version of the page that was used for ranking your search results. The page may have changed since we last cached it. To see what might have changed (without the highlights), go to the current page.
You searched for: carlos alazraqui reno 911 We have highlighted matching words that appear in the page below.
Bing is not responsible for the content of this page.
Carlos Alazraqui on reviving 'Reno 911!' & 'Rocko's Modern Life' | Interview 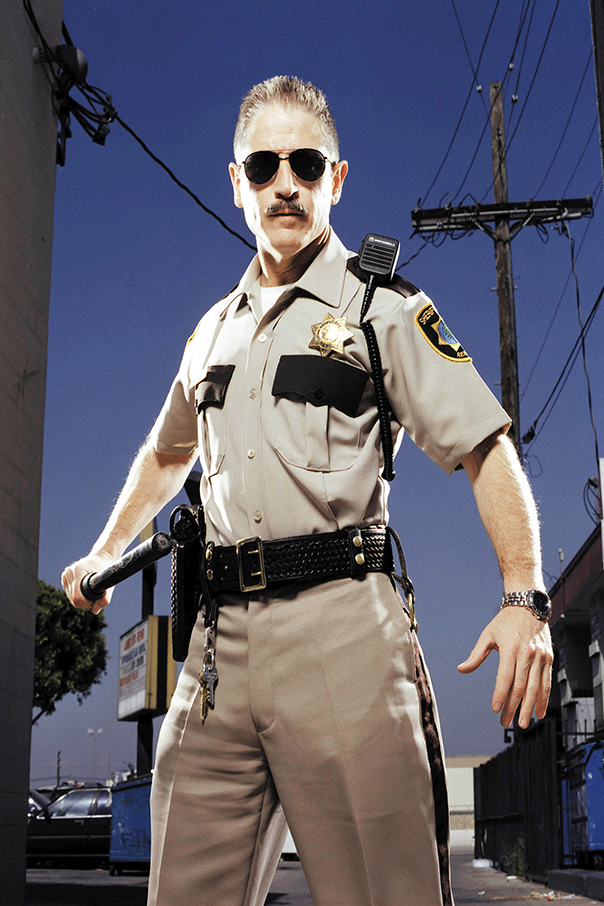 You think you know Carlos Alazraqui as Deputy Garcia on “Reno 911.” He played the character for the first five seasons and, despite being killed off in an explosion offscreen before season six, he returned for the seventh season, now airing on Quibi.

“Yeah, Mary [Birdsong] and I ostensibly died,” said Alazraqui, who grew up in Concord in the East Bay but now calls Burbank home. “But all of the sudden, ‘Hey, we’re back! Who cares? We’re back; let’s go.’ That’s the beauty of the show.”

What you may not realize is that, especially if you’re a fan of cartoons, you know him from so much more. Alazraqui is a prolific voice actor with 352 credits on IMDb. He’s appeared in everything from “The Legend of Korra” to “Spongebob Squarepants,” he voiced Mr. Weed on “Family Guy” and, most notably, he starred as Rocko on “Rocko’s Modern Life” and its recent one-episode revival on Netflix. Oh, and he was the voice of the Taco Bell chihuahua.

It may seem strange that a show that’s been off the air since 2009 would come back after more than a decade. The reunion began to take shape because of Todd Rogers, an actual candidate to be the actual sheriff of Los Angeles County.

“There was always talk about redoing it; then about five years ago, a sheriff’s deputy in Carson who knew us when we were shooting was up for election,” he said. “We decided, ‘Let’s go down and do a live presser and film it for his election.’ So we put on our uniforms again and went down there.” 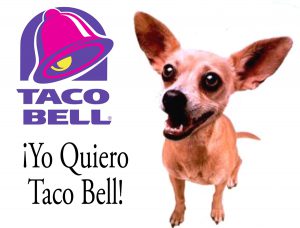 While the campaign didn’t end as they hoped—Rogers, who is currently mayor of Lakewood, California, lost the election and later sued his opponent, alleging in part that he attempted to bribe him to drop out—it did get the ball rolling on a revival.

“Niecy [Nash], who was one of the busier ones at the time, said, ‘We just have to bring it back; we have to.’ That helped get discussions going of how to bring it back,” he continued. “We had some discussions with Netflix, and we waited, but that didn’t work out. Finally, we hear about this thing called Quibi. The clips were always popular on YouTube: just individual scenes without the soap opera aspect, so they thought it could work in a more short format. And here we are.”

The revival wasn’t his first. August 2019 saw the return of “Rocko’s Modern Life,” one of Alazraqui’s earliest voice roles, in a special that appropriately followed Rocko’s quest to resurrect his favorite cartoon from the ’90s.

“I love fans of Rocko because we are a special group. We got the band back together after 25 years, we got the instruments out, we did the session and it was amazing,” he said. “And hey, the ‘Animaniacs’ is coming back, and I get to be a part of that, too. Working with Tress MacNeille, Maurice LaMarche, Rob Paulsen, Jess Harnell; these guys are legends, and I’m getting to work with them.”

“But I’ll never say no to more Rocko. It’s not in the works as of now as far as I know, but I would love to. We would all love to. Especially with the success of and the reaction to ‘Static Cling.’ I just revere Rocko. Obviously with ‘Ren and Stimpy’ coming back, too, who knows?”

These days, with cartoons being one of the only types of TV show that can be produced remotely, Carlos Alazraqui has had no shortage of work out of his home studio.

“I have never been busier with my voice acting, and it’s all from my house. It’s all with the help of engineers,” he said. “I have a booth; I’m learning how to work the computer programs from those engineers. I’ve got a bluescreen backdrop for auditions. It’s the wild west for voiceover. I’m working on, like, six different things. It’s like gold-panning.”

The gold he found includes season two of his latest Nickelodeon show, “The Casagrandes,” which premiers Oct. 9, and it was already renewed for a third season. He wrote a horror comedy called “Witness Infection.” And he was going to the studio to record an episode of “Family Guy,” since they had instituted screening and safety protocols.

The return to a more normal setup is welcome, though they had been making it work.

“Before it was modular; you’d be by yourself when you were actually recording,” he said. “But now we’ve got the Zoom-cast going. Generally you can’t talk to each other as much, but you can see the director, and you can see the cast members. You can say ‘hello’ and still feel like you’re in a group. But it’s definitely different. You miss goofing around, eating free food, taking pictures with each other.”

And finally, he has a message for all his fans out there: “Vote. Stay positive. Believe in good change. Be vigilant, be safe, try to stay creative and be a force for good. Listen to people, have dialogue, have discourse.”