You have reached the cached page for https://www.infowars.com/food-scientists-new-gmo-potatoes-extremely-worrisome/
Below is a snapshot of the Web page as it appeared on 5/21/2020 (the last time our crawler visited it). This is the version of the page that was used for ranking your search results. The page may have changed since we last cached it. To see what might have changed (without the highlights), go to the current page.
You searched for: british food scientists who studied gmo potatoes in texas crossword 2017 We have highlighted matching words that appear in the page below.
Bing is not responsible for the content of this page.
Food Scientists: New GMO Potatoes ‘Extremely Worrisome’

Would you eat the newly approved genetically modified potato now set for commercial planting in the US? Studies suggest that most would not (though you won’t even be told thanks to the lack of GMO labeling), and now major food scientists are speaking out over the reality that the Franken potato may come with ‘worrisome’ and unknown consequences.

Upon breaking the news of the first GM potato approved by the U.S. Agriculture Department to hit your dinner table, it was quite clear that the last thing the safety commission within the department seems to care about is public health. We already have a host of genetically modified crops contaminating the food supply, such as corn (over 98%) and soy (over 94%). And with this genetic manipulation of our crops, we also have a host of studies demonstrating that Monsanto’s GMOs and Roundup herbicide (an integral part of these ‘Roundup ready’ GMO crops) have been linked to:

Yet the US government still thinks it’s perfectly fine to leave Roundup-doused GMO crops unlabeled on the shelves of your local grocery stores, and even inside your child’s baby formula. It’s no wonder that scientists are now speaking out following the news. More and more, professionals in the medical and agricultural industry are beginning to take a stand against what has become the international issue of food contamination and manipulation — from Monsanto’s GMOs to the host of synthetic additives that we are consuming on a daily basis.

That’s why, according to both a decent understanding of the issue and food scientists alike, we are about to face yet another wave of biological attack under the new GM potato commercialization. Here’s what Doug Gurian-Sherman, Ph.D., director of sustainable agriculture and senior scientist at the Center for Food Safety (CFS), had to say on the issue:

“We simply don’t know enough about RNA interference technology to determine whether GE crops developed with it are safe for people and the environment.  If this is an attempt to give crop biotechnology a more benign face, all it has really done is expose the inadequacies of the U.S. regulation of GE crops.  These approvals are riddled with holes and are extremely worrisome… We need answers to these questions before these potatoes are commercialized”

Gurian-Sherman’s statements were further expanded upon by Elizabeth Kucinich, policy director at CFS:

“In light of the obesity crisis, there has been an important national push to discourage children and adults from eating large quantities of fried foods like french fries or chips. In creating the false illusion that fried potatoes are now healthy, the Simplot potato sends the absolute opposite message… Claims of health benefits by USDA and Simplot are short sighted, misleading, and in the light of the science, could actually be potentially dangerous.”

The time is now to share this information with friends, family, strangers, activists, and the apathetic. As we approach the latest ‘genetic time bomb’ sitting within our fields, experts are warning that the time is now to get serious about regaining our food supply through legislation and the spreading of key news.

We are now accepting pre-orders for our healthy and delicious storable food. Stock up today! 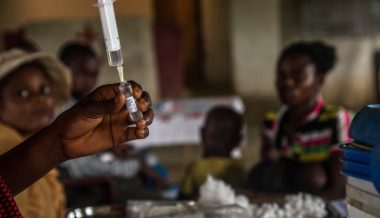 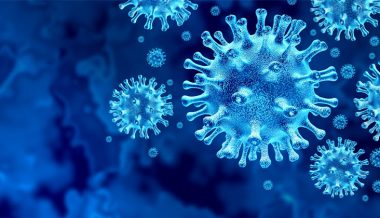 Today on the Show

Listen to the Alex Jones Show – Here's How

Get the latest breaking news & specials from Alex Jones and the Infowars crew.