You have reached the cached page for https://swansonhealthcenter.com/topics/genetically-modified-foods/
Below is a snapshot of the Web page as it appeared on 5/26/2020 (the last time our crawler visited it). This is the version of the page that was used for ranking your search results. The page may have changed since we last cached it. To see what might have changed (without the highlights), go to the current page.
You searched for: british food scientists who studied gmo potatoes in texas crossword We have highlighted matching words that appear in the page below.
Bing is not responsible for the content of this page.
Genetically Modified Foods: Potential Dangers and Solutions | Swanson Health Center
0 Items

‎”GMO’s are perhaps even more grave than the brink of nuclear annihilation because GMOs act on the very blueprint of life itself.” – Dr. Fagan

“You wouldn’t have your doctor design your car, so why would you have engineers design your food? 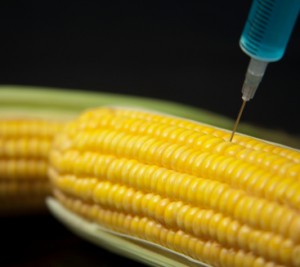 Genetically modified organisms (GMOs) are one of the most dangerous and radical changes to our food supply. Genetically modified plants are artificially inserted with genes from other animals, bacteria, viruses, insects and even humans that would never mate in nature, to obtain a desired effect. For example, corn is inserted with a pesticide producing gene from bacteria. So when a pest bites into the corn, the pesticide is produced and kills the pest.  So what happens when we bite into the corn?

Myth: Genetically modified foods are safe and have been fully tested.

Fact: GMO’s have been linked to thousands of toxic and allergenic reactions, thousands of sick, sterile, and dead livestock, and damage to virtually every organ and system studied in lab animals.1

At medical conferences around the US, doctors are citing a huge increase of gastrointestinal problems among their patients over the last decade. GM foods may be the answer why.

The only published human feeding study revealed what may be the most dangerous problem with GM foods. The gene inserted into GM soy transfers into the DNA of bacteria living inside our intestines and continues to function. This means that long after we stop eating GMO’s, we may still have potentially harmful GM proteins produced inside of us. Put more plainly, eating a corn chip produced from Bt corn might transform our intestinal bacteria into living pesticide factories, possibly for the rest of our lives. 7

Since these seeds hit the market in 1996, we’ve seen:
*Children reach puberty at earlier ages
*A dramatic rise in asthma, autism, obesity and diabetes
*A jump in food allergies, especially among children
*Allergy-related emergency room visits doubled from 1997-2002

One of the first studies was done by Dr. Arpad Pusztai, a highly respected scientist, and involved rats which were fed GM potatoes. After only ten days, serious health effects were recorded. Some of these changes persisted after 110 days, a time period corresponding to about 10 years of human life. The following conclusions were found:

*More vulnerable to infection and disease.

*Organs related to the immune system, the thymus and spleen, showed some damage as well.

*Other rats had enlarged tissues, including the pancreas and intestines.

*Some showed partial atrophy of the liver.

*Significant structural changes and a proliferation of cells in the stomach and intestines of GM-fed rats may have signaled an increased potential for cancer.

During a study involving female rats, Roundup Ready soy was given starting before conception and continuing through pregnancy and weaning.

*Of the offspring, 55.6% died within three weeks compared to 9% from non-GM soy controls. *When the offspring from GM-fed rats were mated, they were unable to conceive.

*When rats were fed Mon 863 (GM corn), they developed several reactions, including those typically found with allergies in response to infections, toxins and various diseases including cancer, anemia, and blood pressure problems.

How to Avoid GMO’s

The main foods to watch out for are non-organic corn, soy, canola, and cottonseed. GM rice, wheat, tomatoes, sweet corn, potatoes and popcorn have all been rejected as unacceptable in the global marketplace.

Glucose:  a simple sugar that can be naturally derived or chemically made from corn.

Lecithin: An emulsion derived from soy and can be found chocolates, ice creams, desserts and supplements that don’t use organic sources.

Maltodextrin: An additive made from starch (usually corn) used as a fat substitute, flavor stabilizer, and thickening agent found in instant soups, soda, candy, beer and other processed goods.