You have reached the cached page for https://www.dailymail.co.uk/tvshowbiz/article-5753003/Brendan-Cole-wife-Zoe-united-despite-threatening-divorce-contacts-dancer.html
Below is a snapshot of the Web page as it appeared on 1/18/2021 (the last time our crawler visited it). This is the version of the page that was used for ranking your search results. The page may have changed since we last cached it. To see what might have changed (without the highlights), go to the current page.
You searched for: brendan cole wife We have highlighted matching words that appear in the page below.
Bing is not responsible for the content of this page.
Brendan Cole and Zoe put on united front despite 'divorce threat' | Daily Mail Online

Brendan Cole and wife Zoe put on a united front at the Chelsea Flower Show... amid claims 'she's threatened divorce if he contacts backing dancer'

By Kayleigh Giles And Amanda Cashmore For Mailonline

She has reportedly threatened to terminate their marriage if he spends more time with backing dancer Jenna Lee-James after they were pictured looking cosy.

But Brendan Cole and his wife Zoe put on a united front as they held hands and attended the launch of the RHS Chelsea Flower Show 2018 at The Royal Hospital in London on Monday.

The couple appeared to brush the recent controversy aside as they smiled and put on an amorous display at the event. 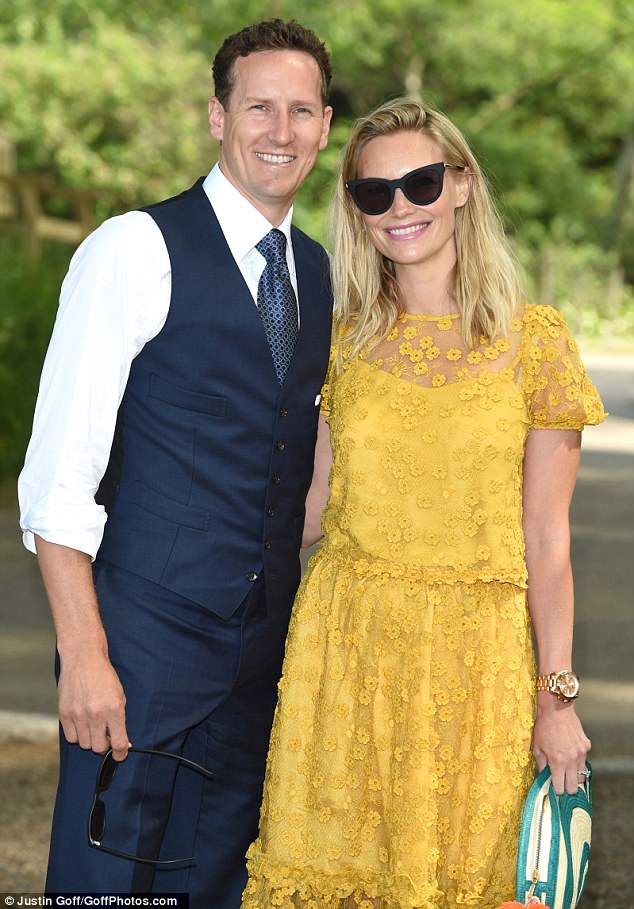 Brushing off the drama: Brendan Cole and his wife Zoe put on a united front as they attended the launch of the RHS Chelsea Flower Show 2018 in London on Monday, amid claims she has warned him to stay away from his backing dancer pal Jenna Lee-James

Zoe, 36, looked summer ready in a stunning yellow dress, which boasted a pretty floral overlay and a floaty frilly hem.

The gorgeous model toughened up her look by wearing her blonde tresses in a straight, yet slightly dishevelled, style, while a bright pink lipstick provided another welcome pop of colour.

Former Strictly Come Dancing star Brendan made for an equally suave fixture in a navy trouser and waistcoat combination. 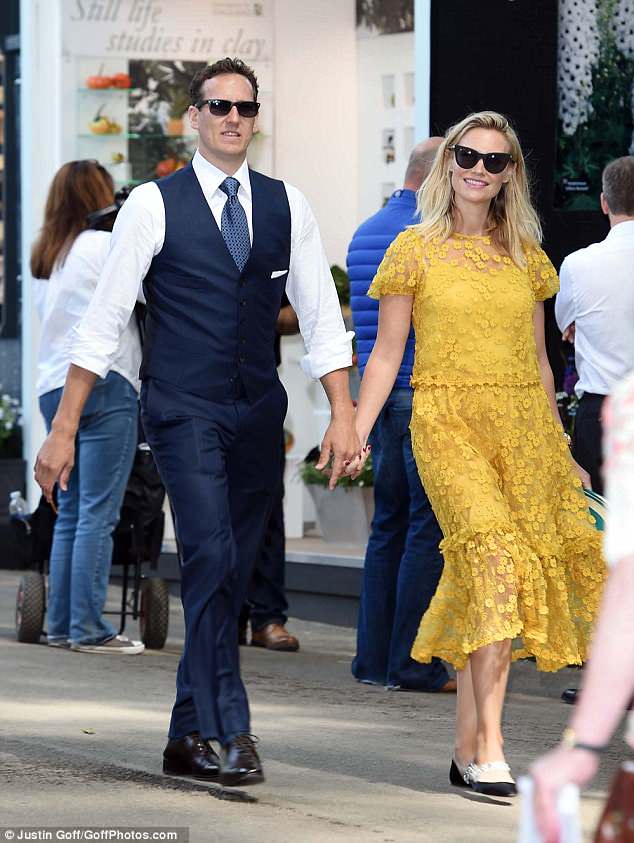 The couple could barely contain their smiles as they smiled for photos inside the event, just days after it was reported Zoe has told Brendan to stay away from stunning blonde dancer Jemma, 41.

A source who is close with the Coles told The Sun: 'She has said to Brendan if he keeps seeing Jenna it could spell the end of their marriage.

'The pair of them both want to work on their marriage and she believes it's for the best.

'Jenna is still protesting her innocence but Brendan would rather not bring the whole situation back up at the moment and is sticking to the rules'. 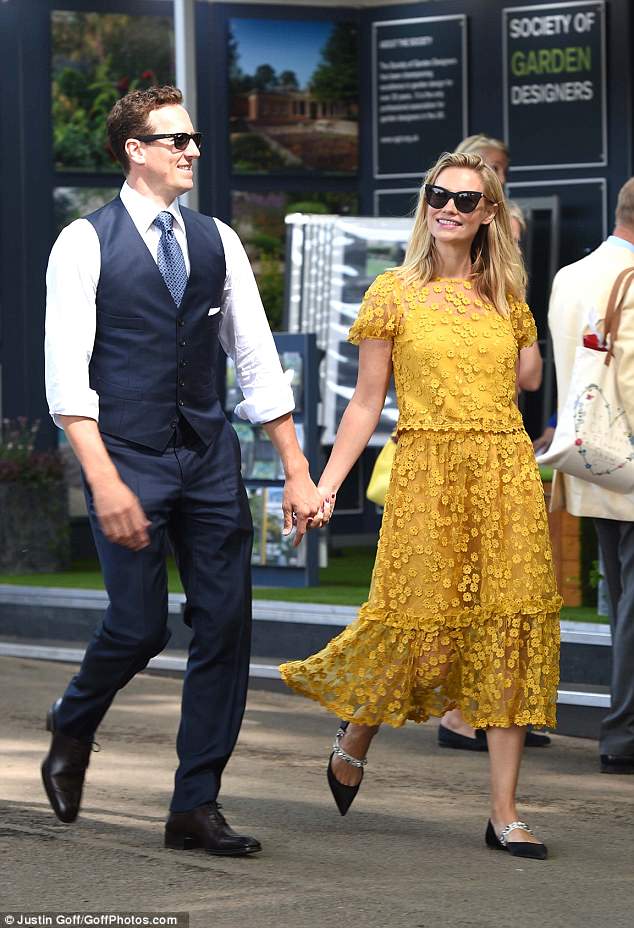 Dapper: Former Strictly Come Dancing star Brendan made for an equally suave fixture in a navy trouser and waistcoat combination

MailOnline contacted representatives for Brendan and Jenna for comment.

An onlooker of the two at London's Ronnie Scott's nightclub said the two were holding hands, looking like a couple.

The night out came after Brendan revealed he had put an end to his partying ways following the birth of his second son, his second child with Zoe with whom he also shares daughter daughter Aurelia, five.

Brendan married model Zoe back in 2010, with the pair welcoming their first child, Aurelia, two years later. They had announced they were expecting another baby in September following a trip away to Mallorca, where the couple own a holiday home.

According to The Sun, the former Strictly professional had been touring non-stop leading up to his wife's due date and had been documenting his late night outings with his fellow cast members on social media after their shows.

Another source said the pair would talk about his struggles over missing his young family over drinks with Jenna. 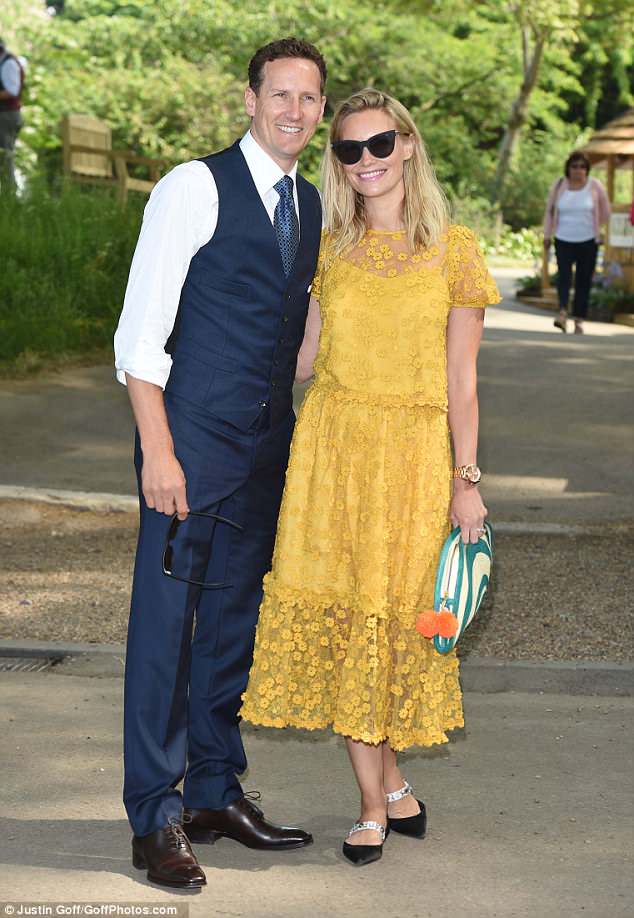