You have reached the cached page for https://swiftheadline.com/dan-browns-ex-wife-cites-lost-symbol-series-in-court-fight/
Below is a snapshot of the Web page as it appeared on 1/15/2022 (the last time our crawler visited it). This is the version of the page that was used for ranking your search results. The page may have changed since we last cached it. To see what might have changed (without the highlights), go to the current page.
You searched for: blythe newlon net worth 2019 2020 We have highlighted matching words that appear in the page below.
Bing is not responsible for the content of this page.
Dan Brown's ex-wife cites Lost Symbol series in court fight - swiftheadline
Swift Headline
Latest News and Updates 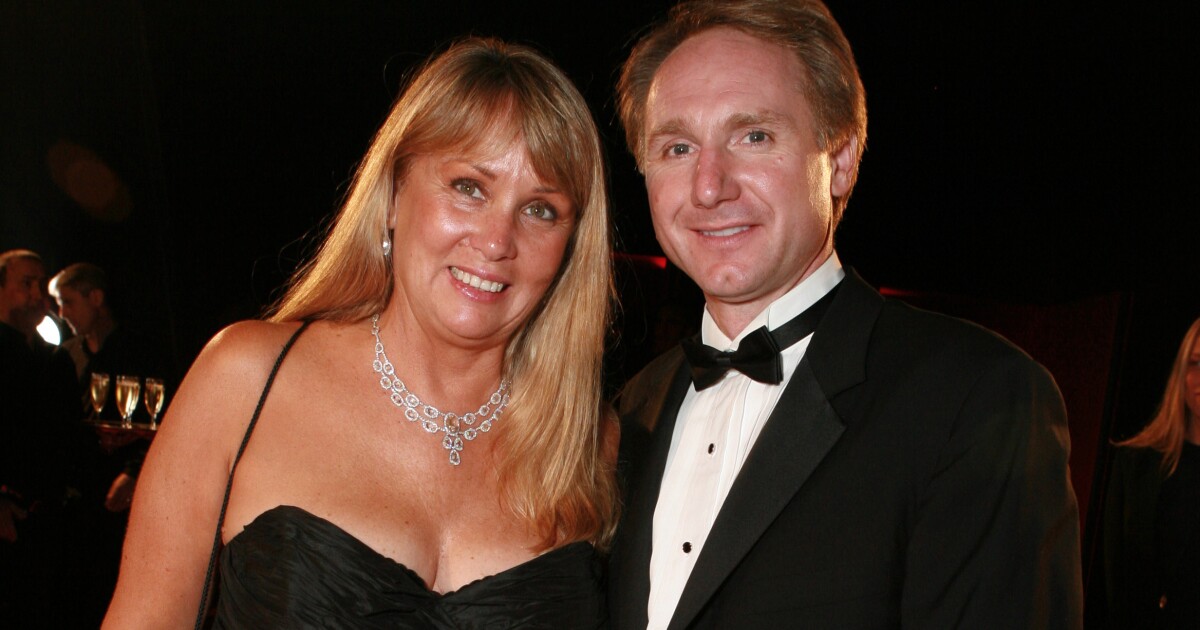 “Dan Brown’s The Lost Symbol,” a series that premiered on Peacock last week featuring ace symbologist Robert Langdon, represents another high point in the lucrative career of one of the bestselling mystery authors of all time. But it also serves as a clue in someone else’s quest — that of his ex-wife, Blythe Brown.

The show is among several projects embroiled in a court battle over the author’s assets that has dragged on long after the divorce between Dan and Blythe — whom the author has credited with helping establish his career — was finalized in late 2019.

5:07 p.m. Sept. 21, 2021An earlier version of this post said Dan Brown answered an asset statement question about “projects anticipated or in the works” with “none.” The parties dispute whether he was aware of the statement regarding anticipated projects.

In a lawsuit filed in June 2020, Blythe Brown alleged, in part, that her ex-husband understated financial assets during their divorce proceedings. She accused him of concealing future projects worth “millions,” according to her complaint, and asked for, among other things, three times the value of the alleged undisclosed projects as well as coverage of legal costs and fees. At the time, Blythe told the Associated Press she was mainly trying to declare her “self-worth” and to stand up for herself: “We worked so hard together, struggling to build something meaningful. With great success came our promises to each other that we would not let it change us or our life together.”

Dan has said he kept Blythe apprised of those projects.

The legal fight stemmed from a sworn financial affidavit submitted October 2019 to the Rockingham Superior Court in New Hampshire. An asset statement listed “projects anticipated or in the works” as “none.” The parties dispute whether Dan was aware of the statement regarding anticipated projects.

Blythe’s legal team pointed to a series of emails and documents obtained via subpoena that they say show projects anticipated or well in progress.

“[W]e now have Dan’s own words in the documents produced in discovery,” Harvey Wolkoff, Blythe’s lawyer, said in a statement to The Times. “We believe that those documents offer persuasive evidence supporting Blythe’s claim that at the time of the parties’ divorce, Dan had major TV and book projects underway that he did not disclose in the divorce papers.”

The allegations are “baseless,” Dan said through his lawyer, Joan Lukey. Lukey said the affidavit had been amended by Blythe or her attorney, and that Dan had signed it without being made aware of the statement listing no anticipated projects. Wolkoff disputed that claim, saying Brown’s team made redactions to the final document and should have seen the changes.

“Blythe Brown was fully aware of all of her husband’s creative projects and efforts throughout the marriage, including those that had not yet yielded revenue or commercial success when they divorced,” Lukey said. “At the time of the divorce, he agreed to allocate more than half of the marital assets to her. Six months later, she came back and sued for more.”

Based on the internationally bestselling thriller “The Lost Symbol,” a sequel to the 2003 blockbuster “The Da Vinci Code,” Peacock’s new series follows Langdon as he is hired by the CIA to solve Masonic puzzles and derail a global conspiracy. The show — a co-production between CBS, Imagine Television and Universal Television that is executive produced by Brown, Ron Howard and others — is among the projects Blythe alleges Dan hid from her.

In a September 2018 email to his literary agent, Heide Lange, more than a year before he filled out the financial affidavit, the author wrote that the series adaptation was a “home run at all networks,” according subpoenaed emails, and that “we now have 3 offers; NBC, CBS, Fox, bidding war to ensue.” In May the following year, he wrote to Lange suggesting he had signed an option agreement: “NBC contract is now signed by all parties, including DB.”

According to Blythe’s legal team, subpoenaed communication shows that in the months before Oct. 24, 2019, Dan was collaborating on the television series — reviewing the pilot script; meeting with producers; going to Washington, D.C., where the series is set, with the show’s lead writer at the time.

Blythe’s 2020 lawsuit also alleged he failed to disclose work on his children’s book “Wild Symphony,” published that September. According to subpoenaed documents detailed in Blythe’s complaint, a publisher’s offer letter for the children’s book was dated September 2018, and the deal memo — dated November 2018 — proposed an advance, a royalty plan and bonuses for making bestsellers lists.

The following July, a Penguin Random House editor notified the author and Lange via email that they’d secured a publication date of Sept. 1, 2020, for “Wild Symphony,” according to the subpoenaed communications.

Dan responded in a counterclaim that he did not disclose “Wild Symphony” on that form because it was self-funded, and he had yet to recoup more than a million dollars he invested in it. He announced last summer that U.S. royalties will be donated to support children’s music education through the New Hampshire Charitable Foundation. But Blythe alleges it was her lawsuit that forced the donation. Several subpoenaed emails to his financial advisor suggest it wasn’t the original plan. “[I]t appears ‘Wild Symphony’ is going to be a much bigger deal than I thought,” Dan wrote on Sept. 12, 2019. “With luck, this publication will make a lot of investing work for you.”

In a statement to The Times, the author called it “incredibly sad and disappointing” that Blythe “wants so badly to hurt me personally and professionally that she would even stoop to questioning my philanthropy.” He said she was well aware of his “decades-long commitment to charitable giving.”

He added: “Earmarking the proceeds of this project for classical music education makes perfect sense, and, of course, the timing of my gift relates to the project coming to fruition, not to her lawsuit.”

In June 2019, Lange wrote to the director of a Dutch publishing house about the author’s plans: “The 22-episode tv series will go forward and will likely launch in the spring or summer and due to that — and most importantly, Dan’s work on the next book! — it’s best that he not schedule anything…”

The month he submitted the financial affidavit, Dan wrote to a U.K. publisher saying, “I’ll keep the pen to paper,” and within days, Lange received an email from Markus Dohle, Penguin Random House’s CEO, saying they were “ready to start the negotiation” for his next book. Lange forwarded the email to Dan with an “FYI.”

In the lawsuit filed last June, Blythe alleged that her ex-husband led a double life while they were married — including extramarital affairs with a Dutch horse trainer and other women as well as the secret purchase of two valuable Friesian horses, named Da Vinci and LimiTed Edition, the latter for $345,000.

The following month, Dan filed a countersuit alleging libel and slander, saying Blythe wanted to “destroy his legacy” and “publicly shame him.”

Around that time, he told the Associated Press: “For reasons known only to her and possibly her lawyer, Blythe Brown has created through this suit a fictional and vindictive account of aspects of our marriage designed to hurt and embarrass me.”

When the couple met in California in 1990, Brown was an aspiring singer-songwriter and Blythe Newlon was the director of artist development at the (now-defunct) National Academy of Songwriters in Los Angeles. They relocated to New Hampshire, Dan’s home state, where he continued to write and record music without success. The couple married in 1997. Brown turned his focus to writing shortly afterward, publishing “Digital Fortress,” “Angels & Demons” and “Deception Point” between 1998 and 2001.

Commercial success came in 2003 with “The Da Vinci Code,” which has sold a staggering 200 million copies worldwide. The novel posited a conspiracy to cover up the idea that Jesus Christ and Mary Magdalene were married and had a family. It was Blythe who urged Dan to explore the Mary Magdalene bloodline theory.

“I was writing about the Louvre and the Grail, but it was Blythe who said I should write about Mary Magdalene, too. I probably wouldn’t have written [‘The Da Vinci Code’] without her,” he once told the Daily Mail. “She’s a great researcher.” In the acknowledgements of the book, he thanked “Blythe — art historian, painter, front‑line editor, and without a doubt the most astonishingly talented woman I have ever known.”

But Dan claimed in his countersuit that the book’s massive success deteriorated their marriage. That trajectory might be the one thing on which both parties agree.

Denial of responsibility! Swiftheadline is an automatic aggregator around the global media. All the content are available free on Internet. We have just arranged it in one platform for educational purpose only. In each content, the hyperlink to the primary source is specified. All trademarks belong to their rightful owners, all materials to their authors. If you are the owner of the content and do not want us to publish your materials on our website, please contact us by email – admin@swiftheadline.com. The content will be deleted within 24 hours.

Happaning aims to be a ‘Google Street View’ for video – TechCrunch

Piers Morgan hints he has something in store for…

What is 5G? An electrical engineer explains

Piers Morgan hints he has something in store for…

Sinead O’Connor paid tribute to her…