You have reached the cached page for https://www.movieinsider.com/posters/191772
Below is a snapshot of the Web page as it appeared on 1/21/2021 (the last time our crawler visited it). This is the version of the page that was used for ranking your search results. The page may have changed since we last cached it. To see what might have changed (without the highlights), go to the current page.
You searched for: big eyes movie poster We have highlighted matching words that appear in the page below.
Bing is not responsible for the content of this page.
Big Eyes Movie Poster - #191772 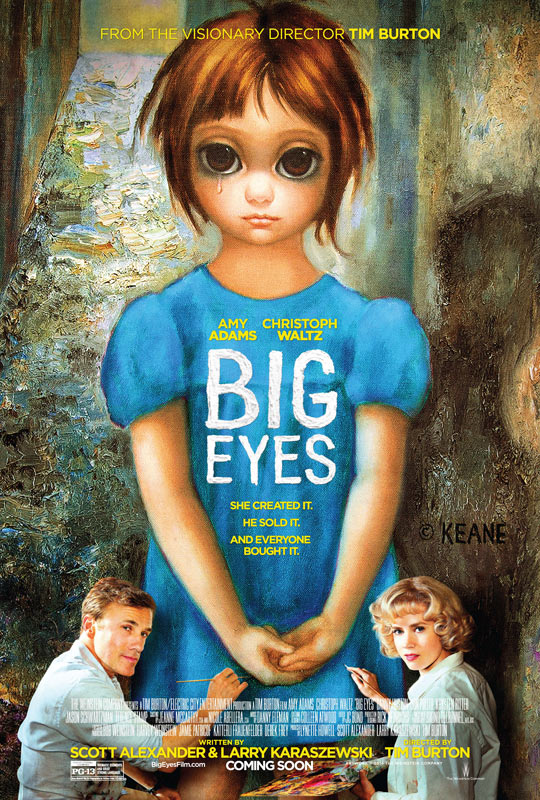 Big Eyes is based on the true story of Walter Keane (Christoph Waltz), who was one of the most successful painters of the 1950s and early 1960s. The artist earned staggering notoriety by revolutionizing the commercialization and accessibility of popular art with his enigmatic paintings of waifs with big eyes. The truth would eventually be discovered though: Keane’s art was actually not created by him at all, but by his wife, Margaret (Amy Adams). The Keanes, it seemed, had been living a lie that had grown to gigantic proportions. Big Eyes centers on Margaret’s awakening as an artist, the phenomenal success of her paintings, and her tumultuous relationship with her husband, who was catapulted to international fame while taking credit for her work.

Images © The Weinstein Company or related entities. Used for publicity and promotional purposes.

Other Movies: Most Viewed Photos