You have reached the cached page for https://www.thatmomentin.com/5-best-cameron-diaz-movie-moment/
Below is a snapshot of the Web page as it appeared on 2/18/2021 (the last time our crawler visited it). This is the version of the page that was used for ranking your search results. The page may have changed since we last cached it. To see what might have changed (without the highlights), go to the current page.
You searched for: best art direction cameron diaz We have highlighted matching words that appear in the page below.
Bing is not responsible for the content of this page.
5 Greatest Cameron Diaz Movie Moments – That Moment In 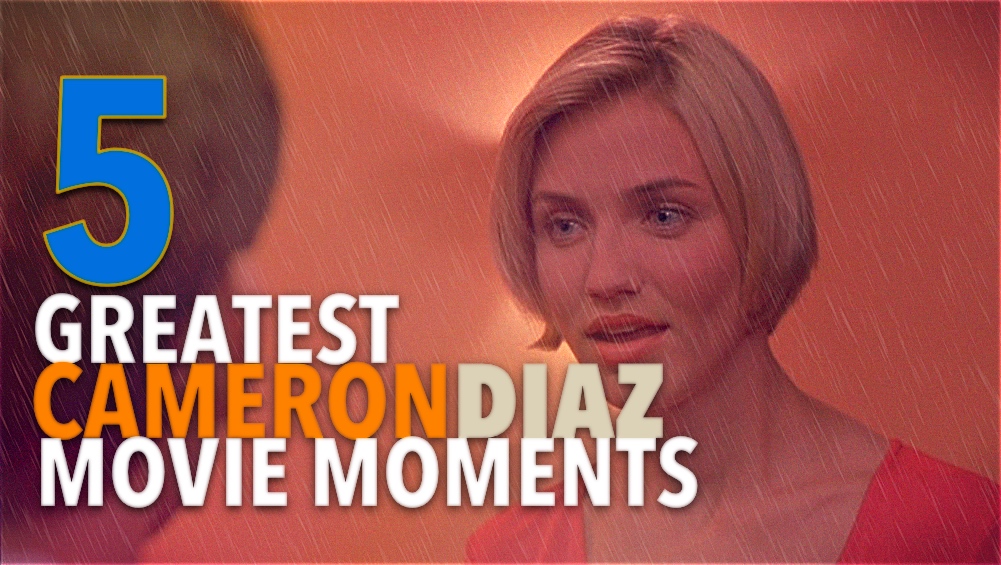 Cameron Diaz is a model turned actress who has been working steadily in movies since the early 1990s. A part of several iconic films in the last two decades, she is a talented actress with plenty of great dramatic roles to her name but is more famous for her comedic timing and astonishing good looks. Here, we celebrate her Top 5 best movie moments.

5) Sex With A Ferrari

Into The Ashes Review

15 Stunning Movie Trailers from 2015 That Totally Blew Our…

Drug trafficking and movies go together like chocolate and peanut butter although this Ridley Scott caper fizzled despite the talented ensemble and legendary director. The story focuses on a lawyer (Michael Fassbender) who gets swept into the world of drugs when he meets Reiner (a spiky-haired Javier Bardem). His aggressively sociopathic girlfriend is Malkina (Diaz), a wild woman with a cheetah print tattoo. She’s tough, manipulative and always on top of things, including Reiner’s brand new yellow Ferrari FF Sports Coupe. In one of the more notorious moments in the heavily-criticized film (which actually garnered Diaz high praise), Malkina strips off her cheetah-print panties, climbs up on the windshield of the convertible, hikes of her skimpy dress, spreads her legs like a gymnast and humps the living daylights out the car. All with Reiner in the passenger seat. One thing’s for sure. That’s a first in Hollywood. Well, maybe on screen.

4) I Will Open Your Throat

It’s hard to remember anything about this epic mid-19th century historical drama about bloody conflicts in the Five Points district of New York City that doesn’t involve Oscar winner Daniel Day-Lewis, but Cameron Diaz is arguably at her best ever. She plays Jenny Everdeane, a grifter and pickpocket who becomes entangled in the web of hostility between Bill ‘The Butcher’ Cutting (Day-Lewis) and Amsterdam Vallon (Leonardo DiCaprio). While she has many great moments here, it’s when Amsterdam confronts her after she pilfer’s a rich man’s home that makes this list. Wearing a locket she stole from Amsterdam earlier, he wants it back but she has a knife that says it won’t be so easy. The scene shifts dramatically as it progresses, but Diaz proves (in a Golden Globe nominated performance) that she earns her place as one of her generation’s best. Imagine being noticed with DiCaprio and Day-Lewis in your cast. Can’t be easy. Well, done Ms. Diaz.

It’s not often one can make up for a disastrous first date. Thirteen years after publicly embarrassing himself with his pants zipper and a team of paramedics, Ted Stroehmann (Ben Stiller) gets a second chance, even though the private detective (Matt Dillion) he hired to find the girl of his dreams lies and tries to run off with her himself. Once he secures a date though, on the advice a friend, Ted decides to relieve some sexual energy before meeting with Mary (Diaz), and in the bathroom, well, takes care of some rising business. Problem is, once he finishes . . . where did it go? The door bell rings, and with no time, he answers and nervously lets her in. Whoops. She spots ‘it’ right away. Good for Ted though, she thinks it’s hair gel and quickly dabs it into her bangs. It holds well. Gotta say that much.

2) The Promises That You’ve Made

David Aames (Tom Cruise) is man of good fortune, with wealth, good looks, and lots of women. He takes it all for granted though. After having a brief sexual relationship with Julie Gianni (Diaz) that he assumes is casual, he sees him on the street and wants to talk. He gets in her car and things seems good, but it’s not too long after when she asks why his friends refer to her as his ‘f*ckbuddy’. Clearly upset, she rages on about the promises two people make when they have sex, ranting about how him being inside her has consequences. Now she loves him. He’s having trouble understanding, but it’s dawning fast. She’s suicidal, however she’s not going to out of this world alone. She asks him about god and then steers the speeding car off a bridge. Men everywhere made a vow to never be a passenger again. Don’t worry though. They make up and star in 2010’s Day Knight. That one didn’t make this list.

Without a word, this mesmerizing moment of Tina Carlyle in The Mask serves not only as the character’s introduction, but that of Cameron Diaz herself as she makes her screen debut. A vehicle for then mega-popular rubber-face Jim Carrey, Diaz absolutely stunned movie-goers when she walked through door of the bank where Stanley Ipkiss (Carrey) works, changing his life (and ours *sigh*) forever. The body-hugging, low-cut dress, the long shapely legs, and that knee-weakening turn of her hair signaled a new screen siren was in town and she was here to stay. While Diaz took that moment and played up her model looks with comedy for much of her career, she had a sexy playfulness that has defined many of her roles. It all started here, her greatest on-screen movie moment.

Watch and Learn: Movies That Educate and Entertain

Top US Movies about Education

‘Malcolm & Marie’ And The Part That’s Based On You Moment

‘The Dig’ is A Netflix Historical Drama Worth Uncovering

We Talk With Kate Watson About her New Film ‘Killer Advice’