You have reached the cached page for https://yourstory.com/2017/11/aashritas-love-affair-films-takes-hollywood-avatar/
Below is a snapshot of the Web page as it appeared on 11/24/2020 (the last time our crawler visited it). This is the version of the page that was used for ranking your search results. The page may have changed since we last cached it. To see what might have changed (without the highlights), go to the current page.
You searched for: best art direction cameron We have highlighted matching words that appear in the page below.
Bing is not responsible for the content of this page. 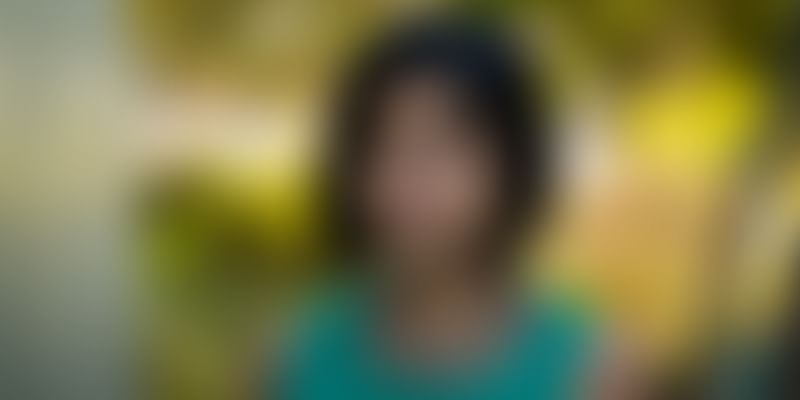 Art director Aashrita Kamath has worked in a number of feature films and commercials in India and abroad.

As a student of Rishi Valley School, Aashrita Kamath was part of the Film Club. What was, at the time, an excuse to watch an extra movie every week soon turned into a lifelong love affair with the world of movies.

Currently, she is working as an Art Director on James Cameron’s Avatar series, in production in Los Angeles.

Aashrita Kamath’s is an interesting story. Born in Kolkata, she grew up in Chennai, studied at Rishi Valley School and went on to do Sociology at St Xavier’s College in Mumbai. Her interest in art peaked, and she soon started working in Bollywood in the art department on feature films and commercials. Some of her notable projects in Bollywood include West is West and Zindagi Na Milegi Dobara.

In 2011, Aashrita applied to the prestigious AFI Conservatory in Los Angeles and was accepted as one of just 14 Production Design Fellows. In recognition of her work, she was presented with the Tom Yoda Scholarship Award in 2012. More films and accolades followed, and Aashrita is living her dreams, queen-size.

In an interview with YourStory, she speaks about where her love for her art and cinema has taken her, her diverse projects, women in the industry, and her biggest inspirations.

YourStory: Can you tell us a little about your early life and education? What prompted you to choose cinema and art as a career? Was there a turning point?

Aashrita Kamath: While I was growing up, my mother, a graphic designer, worked out of home and that exposed me to the aesthetics of design in various forms. I watched in fascination as she would manipulate type, colour and form on her various projects. I was lucky to be educated in environments that fostered creativity and taught me to think for myself.

I spent my formative years at The School KFI in Chennai and then moved to Rishi Valley School, a residential school near Madanpalle, Andhra Pradesh. There, I studied Fine Art and joined the film club where we watched classic movies from all around the world. Rishi Valley also sparked my interest in theatre, and I designed the sets for several plays during my time there. Looking back, I think that was when I first got interested in designing spaces to help tell a story.

Once I finished school, I moved to Mumbai to study Sociology at St Xavier’s College. Living in the city that was the heart of Bollywood, I was constantly exposed to the fascinating world of Indian films. After college, I began work at an ad-film production house and there was no turning back. As an Assistant Director working on commercials, I observed the way the different departments came together to form a cohesive commercial. Of all the departments, the Art Department was the one that I related to the most. I met Production Designer Aradhana Seth and went on to work for her as a set dresser on West is West. From there, I went to work as prop master on Zindagi Na Milegi Dobara, working with Designer Suzanne Caplan Merwanji.

Both these experiences were truly one of a kind and furthered my resolve to build a career in production design. I realised I needed to gain a deeper understanding of film design and learn the technical aspects of the craft, so I applied to the AFI Conservatory in Los Angeles and waited with baited breath until I heard back! Since they only take 14 students every year as part of their production design programme, I am grateful that my work made the mark!

YS: What was your experience with your first project?

AK: While I had worked in the art departments of various movies by then, and designed short films as part of class projects, Interstate, one of my thesis films at the AFI Conservatory really put things in place for me. It was written and directed by Camille Stochitch. The universal themes of hope, love and faith are what makes the audience connect with the film.

I was part of an extensive development and pre-production process during which it became clear that this story couldn’t be set in the glitz and glamour of Hollywood - our challenge was to find a way to portray Los Angeles and its immigrant community in an honest, relatable way. Of course, money was always tight and finding a crew to donate their time was next to impossible.

Despite all the challenges, we made a movie that we were proud of, and it went on to win a Student Academy Award in 2014.

YS: What part of your work excites you the most and why?

AK: What I love about working in film and designing movies is that it gives me the chance to constantly delve into new and interesting worlds. In the span of a few months, I was immersed in the world of giants (on The BFG, with Steven Spielberg) to a Vietnamese jungle with Kong: Skull Island, to New York City and Syria on I See You and finally, to the futuristic sci-fi world of Pacific Rim Uprising.

What excites me the most is working with the director and the core creative team to help achieve their vision for the story. It is a very rewarding and fulfilling process, and I’ve learnt to embrace the challenges and face every project head on.

YS: You moved from the Indian film industry to the US. The differences must have been stark. What is your take on it?

AK: There are some differences between working in India and abroad, but nothing dramatic. The differences lie in certain conventions and day-to-day working practices. At the end of the day, all a filmmaker wants to do is to tell her story and have an audience connect with it.

AK: I loved working on both West is West and ZNMD. It was an incredibly hands-on experience and I was constantly learning and interacting with very talented people. I learnt a lot from the production designers of both the movies; Aradhana Seth (for West is West) and Suzanne Caplan Merwanji (ZNMD).

They are both incredibly strong and talented women and taught me many of the invaluable skills that I use in my work.

YS: What is your involvement with the Avatar series?

AK: I am currently working as an Art Director on the Avatar series, designed by production designers Ben Procter and Dylan Cole. I can’t give you any more details at this point.

YS: Why do you think there are very few Indian women in the film industry especially in art and design?

AK: I think a career in film is tough for everyone, irrespective of gender. We work extremely long hours and often we’re on our feet for the greater part of a day! It’s easy to completely immerse yourself in work because it is a fascinating world to be a part of. When a film shoots, you’re on the job, often for months on end. The toughest part of being a filmmaker, I think, is learning to find the balance between work, time for yourself and for your family.

YS: Who are your biggest inspirations and why?

AK: It is always difficult for me to pick a favourite movie, I have so many favourites – in different genres and often by totally different designers. But some remarkable films that come to mind are – The Grand Budapest Hotel, The Three Colours Trilogy, Tinker Tailor Soldier Spy, The Game of Thrones TV series, The Lord of the Rings, but there are so many more!

The Mobile Finance Report 2020: Get the key insights you need to propel your fintech business

Daily Capsule
Learn how to code through animation; Here's what the future holds for fintech
Read the full story

Updates from around the world

[TechSparks 2020] From India for the world: how Telangana is embracing tech startup ecosystem