You have reached the cached page for https://www.dailymail.co.uk/tvshowbiz/article-2275684/Justin-Timberlake-Jessica-Biel-roll-support-Amy-Adams-boyfriends-new-exhibition.html
Below is a snapshot of the Web page as it appeared on 2/16/2021 (the last time our crawler visited it). This is the version of the page that was used for ranking your search results. The page may have changed since we last cached it. To see what might have changed (without the highlights), go to the current page.
You searched for: aviana olea le gallo tennis racquet club We have highlighted matching words that appear in the page below.
Bing is not responsible for the content of this page.
Justin Timberlake and Jessica Biel roll up to support Amy Adams' boyfriend's new exhibition | Daily Mail Online

It's good to have friends in high places, as Darren Le Gallo discovered on Thursday night at the opening party for his new exhibition.

The actor and surrealist, who is engaged to actress Amy Adams, launched the Nothing You Don’t Know exhibit at the Trigg Ison Fine Arts Gallery with not only his famous girlfriend by his side, but with Justin Timberlake and Jessica Biel.

Timberlake, 32, who doesn't like to laugh at the homeless despite a video being made (and played) by an attendee at his wedding apparently to do just that, looked to be in his element at the arty bash. 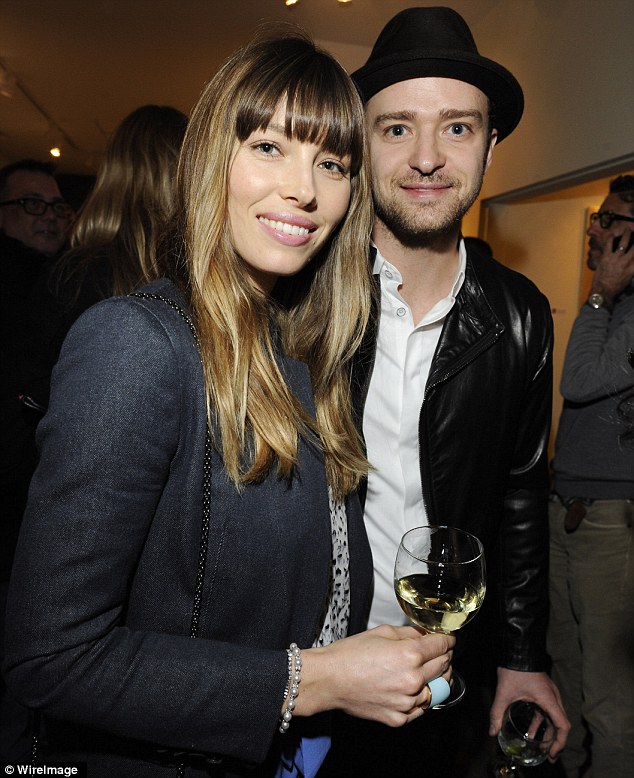 Adams, 38, who earlier in the day, made an appearance on The Tonight Show with Jay Leno posed proudly with her partner of 12 years.

Darren‘s exhibit is being displayed until March 8 at the gallery. 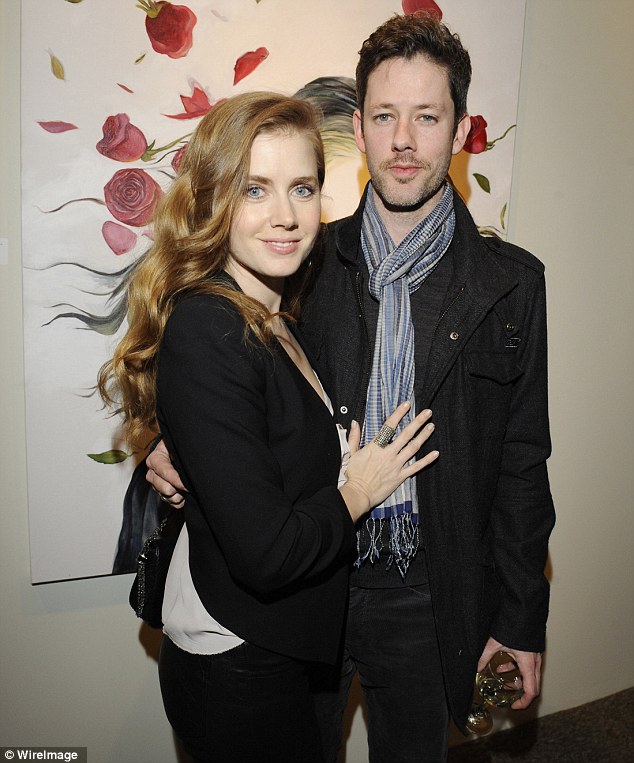 Private couple: Amy has been dating Darren since they met at an acting class in 2001 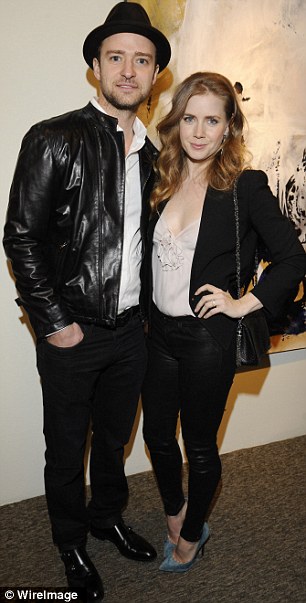 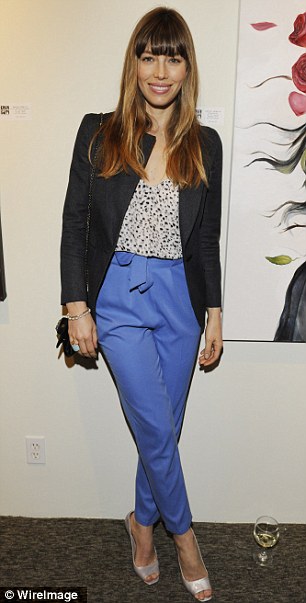 Timberlake, meanwhile, is set to perform at the Grammy Awards this Sunday.

Last weekend Justin took to the stage for the first time in years to perform a string of new and old material.

Justin began his performance at the the DirecTV Super Saturday Night in New Orleans with his first solo single, Like I Love You which he accompanied on acoustic guitar. 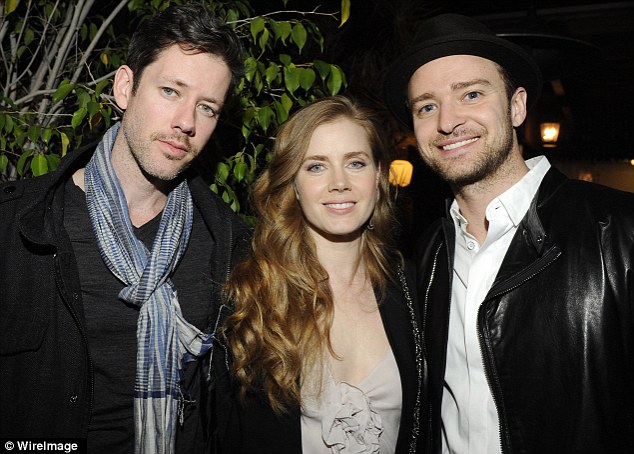 Pillars of the arts: Le Gallo, Adams and Timberlake pose happily at the party 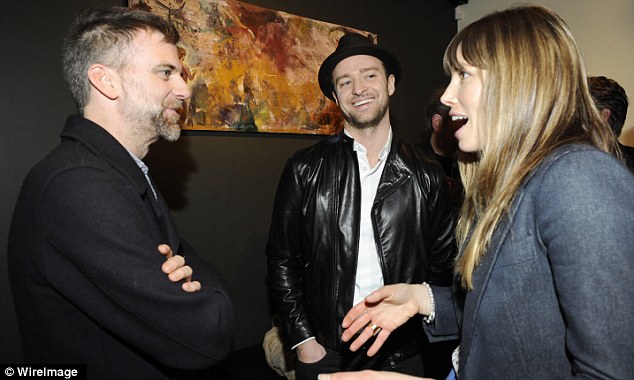 The look of love: JT smiles fondly as his wife chats with director Paul Thomas Anderson

For an hour and a half he kept the A-list guests on their feet as he powered through a selection of his well known and as yet unreleased songs.

Sources at the party say that the new material, taken from Justin's forthcoming LP The 20/20 Experience was well received.

Jay Z, who appears on the first single from the new album, joined him on stage much to the delight of those watching. 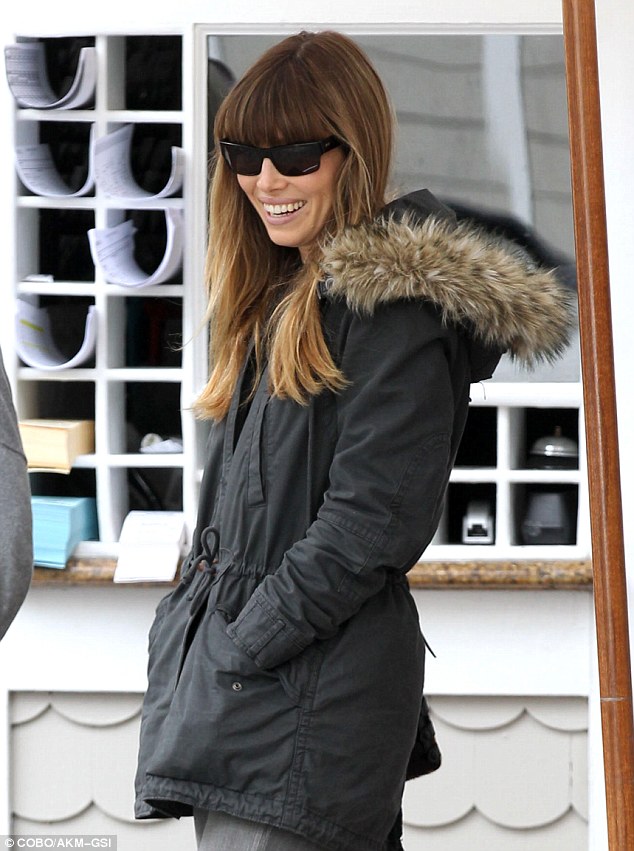 Grinning beauty: Jessica was all smiles as she finished lunch with friends in Santa Monica Friday afternoon 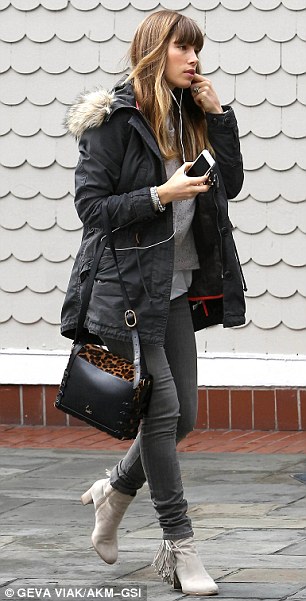 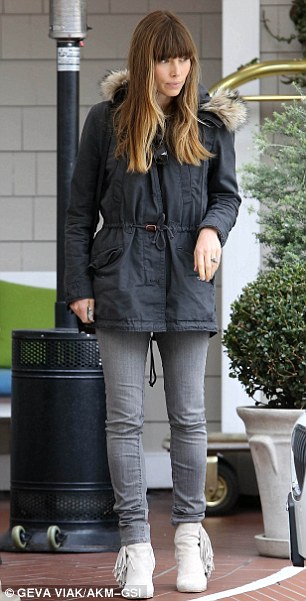 Tuning in: Jessica listened to her iPod as she waited at the valet in a fur-hooded parka, grey skinny jeans, and white fringed booties 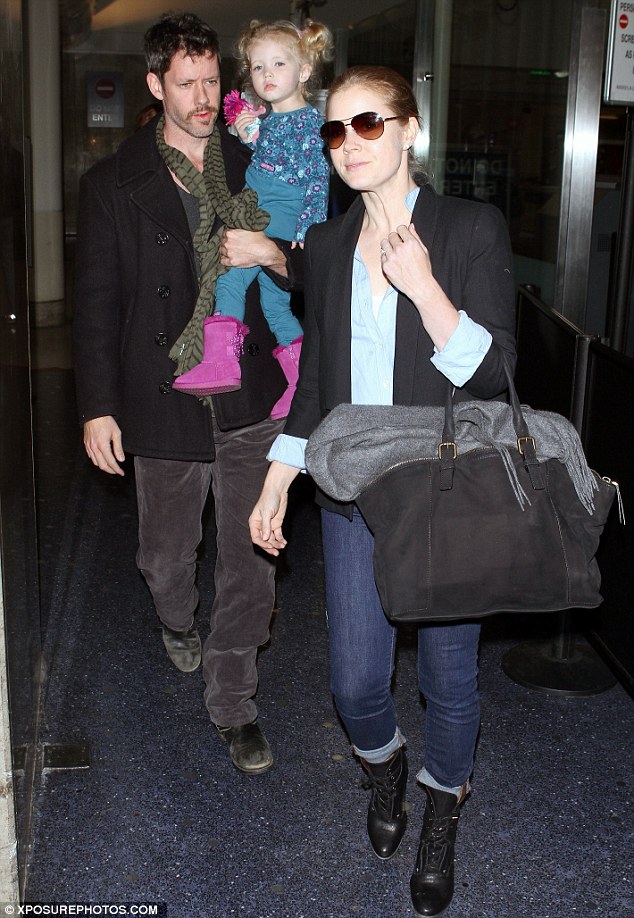