You have reached the cached page for https://www.dailymail.co.uk/tvshowbiz/article-7544253/Mila-Kunis-Ashton-Kutcher-two-children-fun-breakfast-friends-family.html
Below is a snapshot of the Web page as it appeared on 1/17/2021 (the last time our crawler visited it). This is the version of the page that was used for ranking your search results. The page may have changed since we last cached it. To see what might have changed (without the highlights), go to the current page.
You searched for: ashton kutcher and mila kunis children We have highlighted matching words that appear in the page below.
Bing is not responsible for the content of this page.
Mila Kunis and Ashton Kutcher take their two children for fun breakfast with friends and family | Daily Mail Online

By Bobbie Whiteman For Dailymail.com

It was quite a gathering.

Ashton Kutcher and Mila Kunis took their daughter Wyatt, five, and son Dimitri, two, along for breakfast with Mila's dad Mark and a bevy of family and friends on Saturday.

The group opted to eat at the popular Nate 'N Al's Delicatessen in Beverly Hills. 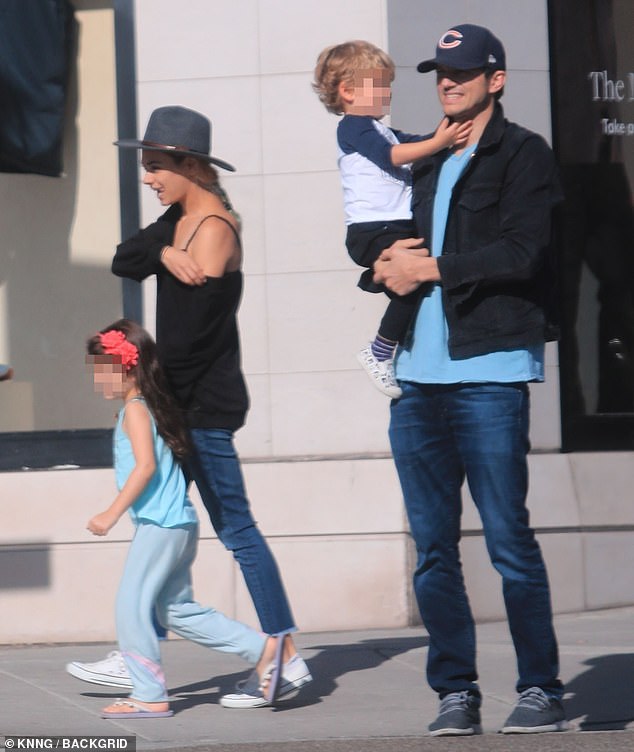 The actor didn't look so bad himself in a dark blue jacket that he wore over a light blue T-shirt, jeans and sneakers plus a blue baseball cap.

Mila, 36, opted for a black, V-neck sweater that slipped of her shoulder and skinny jeans that she wore with white sneakers.

She wore a smart hat over her recently dyed platinum blonde and blue tipped tresses that were tied back in a plait as she held Wyatt's hand. 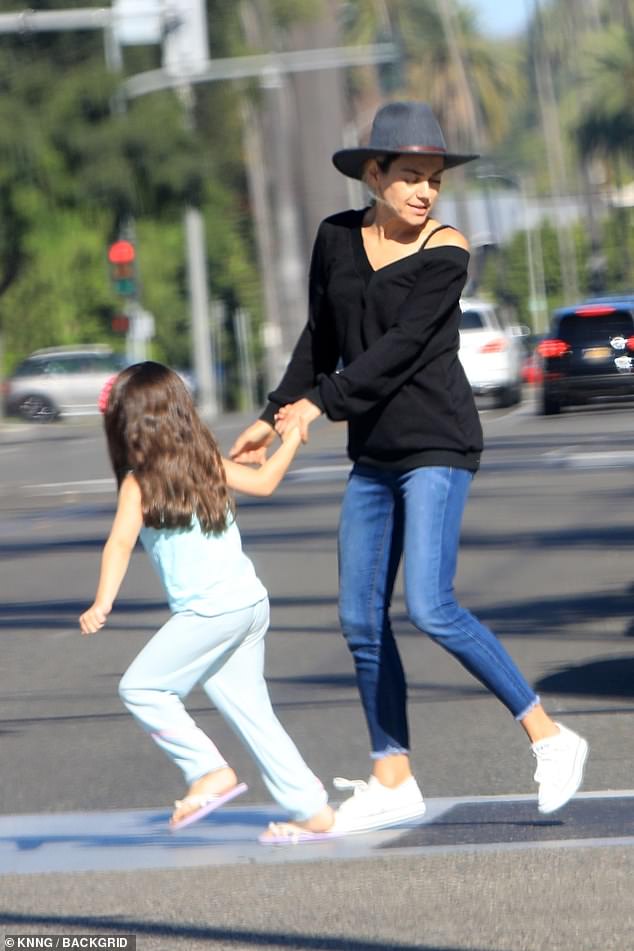 Shapely star: Mila, 36, opted for a black, V-neck sweater that slipped off her shoulder and skinny jeans plus  white sneakers while Wyatt, five, was dressed in pale blue T-shirt and pants

The brunette cutie, who had a red bow in her long hair, tried to pull her mom across the road. She was dressed in a mid-blue T-shirt with matching pants and sneakers.

Their outing comes after the release of Demi Moore's memoir, which included many claims about her former husband.

Ashton was married to the Ghost actress, 56, from 2005 until their divorce was finalized in 2013. 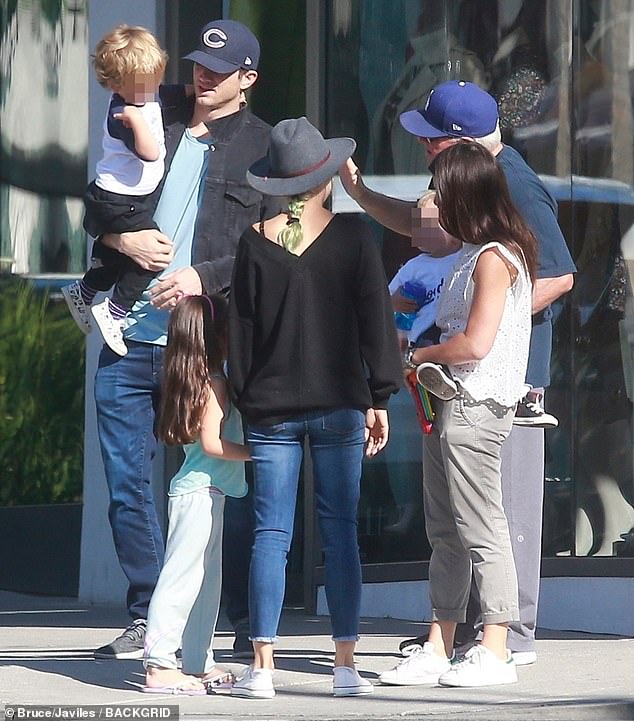 Father and son: Ashton, 41, toted Dimitri, two, who wore a white T-shirt with black arms and black jeans. The actor didn't look so bad himself in a blue jacket, a light blue T-shirt and jeans

In her book, Demi talked about their eight-year marriage, accusing him of cheating, twice, and revealing they had two threesomes.

The actress insisted she had warned her ex about the book's content, telling Ellen DeGeneres, 'I have, yes. I tried to keep the perspective on my story.'

In a statement to UsWeekly earlier this month, a spokesman for Ashton said: 'He knew what was coming.

'He had a heads up on what is in the book. He's not mad or disappointed. This is Demi's truth, and he always felt sympathetic toward her. ' 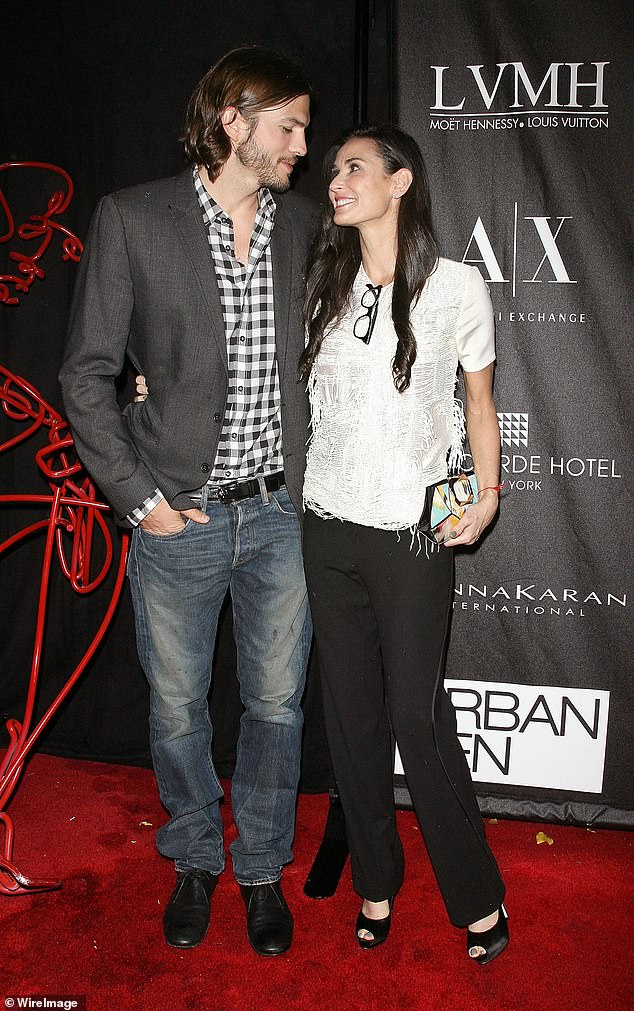 The way they were: Ashton and ex-wife Demi Moore at an event in NYC on June 9, 2011. Now she has dished on their eight-year marriage in a new biography