You have reached the cached page for https://www.dailymail.co.uk/tvshowbiz/article-5737021/Ashley-Walters-net-worth-Bulletproof-stars-wealth-revealed.html
Below is a snapshot of the Web page as it appeared on 10/18/2021 (the last time our crawler visited it). This is the version of the page that was used for ranking your search results. The page may have changed since we last cached it. To see what might have changed (without the highlights), go to the current page.
You searched for: ashley walters net worth 2017 pictures free youtube movies action We have highlighted matching words that appear in the page below.
Bing is not responsible for the content of this page.
Ashley Walters net worth: Bulletproof star's wealth revealed | Daily Mail Online

After his years of success in both acting and music, Ashley Walters’s career just might be bulletproof.

The multitalented actor and musician, also known as rapper Asher D, recently premiered his new buddy cop TV series Bulletproof on Sky One on May 15 alongside costar Noel Clarke. It’s just the latest success for the man of many talents.

But just who exactly is Ashley Walters? Here’s all you need to know about who he is, his age, net worth, how he makes his money, family, movies and TV shows and new show Bulletproof. 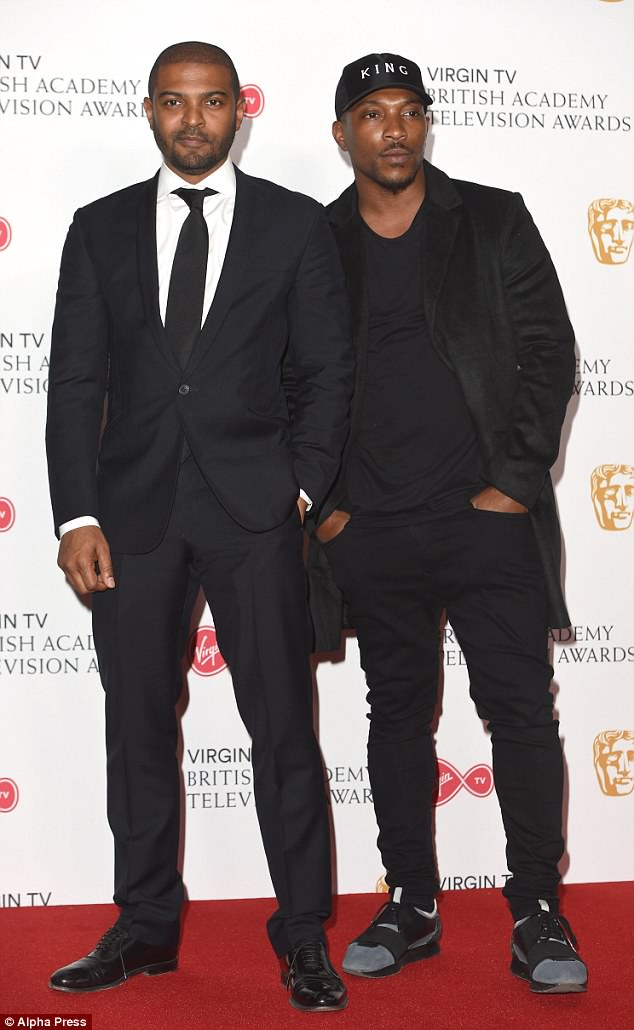 Who is Ashley Walters?

Ashley Walters is an actor and rapper who costars alongside Noel Clarke on the new crime-drama TV series Bulletproof.

After appearing in several theater productions, Walters broke into TV and film acting after appearing in the TV series The Young Indiana Jones Chronicles in 1992. He later joined the hip-hop group So Solid Crew, rapping under the name Asher D and eventually releasing his own solo albums and mixtapes.

Walters continued his successful acting career, appearing in TV shows such as Grange Hill, The Hidden City, Hustle, Top Boy, The Aliens and Safe House. In 2005, Walters also appeared alongside 50 Cent in his biopic Get Rich or Die Tryin’.

More recently, Walters appeared alongside Noel Clarke on the new buddy cop TV show Bulletproof, which premiered on Sky One on May 15.

How old is Ashley Walters?

So today I spent four hours sitting still. Not because my mum punished me but as a ‘sitter’ for some incredible portrait artists. A lot of discipline was needed �� thank you @skyartsde for having me. It was bum numbing �������������� #alwayswinning

What is Ashley Walters’s net worth?

Ashley Walters’s net worth is believed to be about $3 million (£2.2 million), according to Celebrity Net Worth.

How does Ashley Walters make his money?

Walters’s wealth is the result of his success in acting as well as music.

Since his TV acting debut in 1992 on The Young Indiana Jones Chronicles, Walters has gone on to appear in other shows such as Grange Hill, The Hidden City, Top Boy, Truckers, Top Buzzer, Five Days, Safe House, The Aliens and many others. He’s also appeared in a number of movies over the course of his career, notably the 50 Cent biopic Get Rich or Die Tryin’ released in 2005.

In addition to his successful acting career, Walters has also earned money through his music career, releasing hip-hop material under the moniker Asher D, with his song Back in the Day/Why Me? peaking at number 43 on the UK Singles Chart in 2002. To date, he’s released seven mixtapes and four studio albums. He was also a member of the hip-hop group So Solid Crew, writing the group’s lyrics and performing with them.

Who is Ashley Walters’s wife?

Ashley Walters has been married to Danielle Isaie since June 22, 2013. The couple welcomed a daughter, Amiaya-Love Walters, in August 2014 and a son, River Leslie Walters, in October 2016.

In September 2017, Walters revealed that he has in fact fathered eight children.

Since breaking into the TV and film industry, Walters has appeared in a number of notable TV series and movies.

His TV debut occurred in 1992 when he appeared in the series The Young Indiana Jones Chronicles for one episode. He later played a recurring role in the show Grange Hill in 1997 before landing later roles in shows like The Hidden City in 2002, Hustle in 2007 and Top Boy in 2011 and 2013.

Walters made his film acting debut in 1999 after making several appearances in short films and later appeared in 50 Cent’s biographical crime drama Get Rich or Die Tryin’, released in November 2005. Other films to Walters’s credit include the 2005 sports drama Goal! and the 2016 thriller Billionaire Ransom.

The show revolves around two police officers played by Walters and Clarke tasked with stamping out crime in the East End of London. The new show was inspired by Bad Boys and other American law enforcement movies and TV shows.

Walters states: ‘I grew up on Bad Boys and I've always wondered why I could never see any cop shows like that on TV over here, with the kind of people that I can relate to.’

The six-episode TV series premiered on Sky One on Tuesday, May 15 and can be seen at 9pm BST.