You have reached the cached page for https://www.moviemaker.com/lady-gaga-goes-method-for-house-of-gucci-see-licorice-pizza-in-70mm-moviepass-resurrected/
Below is a snapshot of the Web page as it appeared on 1/23/2022 (the last time our crawler visited it). This is the version of the page that was used for ranking your search results. The page may have changed since we last cached it. To see what might have changed (without the highlights), go to the current page.
You searched for: are drive in movie theaters making a comeback in 2019 in california We have highlighted matching words that appear in the page below.
Bing is not responsible for the content of this page.
Lady Gaga Goes Method; Licorice Pizza in 70mm; MoviePass in 2022? 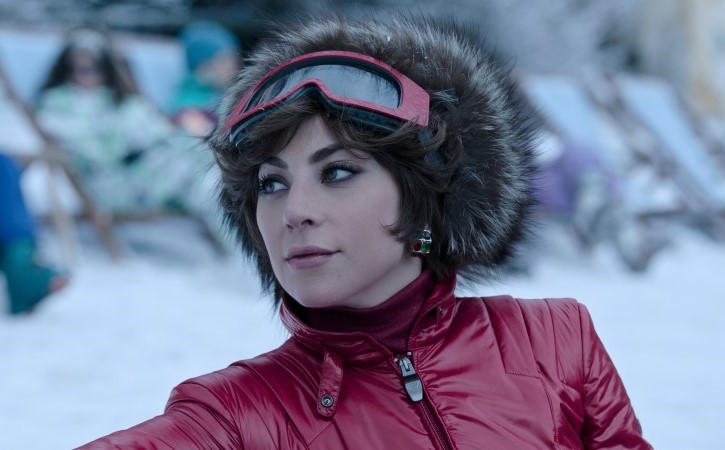 Lady Gaga stayed in character (and accent) throughout the House of Gucci production; Licorice Pizza is coming this Thanksgiving in a large way; MoviePass eyes a comeback. All in today’s Movie News Rundown.

But First: Today has been declared Disney Plus Day, so expect a bevy of title announcements and release dates coming through the pipeline this morning. If you’re not so interested, maybe turn off your Twitter notifications for today?

House of Accents: Over at The NY Times, House of Gucci star Lady Gaga reveals she stayed in character, which includes her Italian accent, for months during production.

Method or Madness?: To Gaga, the decision was entirely practical. “But I want to be clear: I don’t think it’s about sensationalizing method acting or being in character as the only way to do things. It would have been harder for me to go in and out of character on set than to stay in it,” she said.

Protocols Extended: COVID-19 safety protocols for Hollywood productions have been extended to January 15, 2022, Deadline reports. The protocols were originally voted on by a large collection of industry unions in September 2020 — which feels like four years ago — and were first extended before they were originally set to expire this past Spring. Deadline also reports that CA governor Gavin Newsom extended the state of emergency order for the third time, which will take California to over two full years under the order next spring.

The Dead Will Rise: MoviePass co-founder Stacy Spikes “has acquired the assets of MoviePass in a bankruptcy proceeding. And he says he’s looking to relaunch the MoviePass service in 2022 with new financial backers,” Variety reports.

Don’t Call It a Comeback: Actually, yes, that’s exactly what you’d call it.

A MoviePass Refresher: Variety‘s report also offers up a quick history. Around since 2011, the service revamped drastically in 2018 to allow users to see a movie a day for the low-low cost of $9.95 a month. Needless to say, the service grew its subscriber base very quickly, but burned through its cash even faster. The service changed its model around a few times during this period, eventually shuttering in September of 2019 and filing for bankruptcy in early 2020. But not before I watched a ton of movies using that red credit card.

Take a Moment to Sign up for our Newsletter?

Attention Coasts: Paul Thomas Anderson’s latest, Licorice Pizza, opens in L.A. and New York on Thanksgiving in four theaters: three in NYC and one in L.A. Tickets for the exclusive 70mm engagement are on sale this morning.

Don’t wait around: I caught the movie in 70mm, and if you’re lucky enough to see it in the large-scale format:

What About the Midwest?: Don’t worry.

See what the hype is about when the Music Box opens LICORICE PIZZA on 70MM….

What Did You Think About the Movie?: [Redacted due to press embargo]

Moving Along: But sticking with Paul Thomas Anderson. Much ado was made online about how in the latest Variety cover story, the Licorice Pizza writer-director says he enjoyed Marvel’s Venom 2 and Shang-Chi and the Legend of the Ten Rings.

This Shouldn’t Be a Big Surprise: PTA loves Ted.

In Summation: These are just people… albeit a pair of the greatest American directors working today.

“What is This? A Center for Ants?”

More in The Rundown

Descendant Calls for Justice for Families of Those on the Clotilda, America’s Last Slave Ship

A Salute to Sinéad O’Connor, the Pop Star Who Did Everything Wrong

How to Format Text Messages in Your Screenplay