You have reached the cached page for https://thejasminebrand.com/2021/02/25/andra-day-says-its-all-been-nudies-since-losing-40-pounds-for-her-role-as-billie-holiday/
Below is a snapshot of the Web page as it appeared on 9/12/2021 (the last time our crawler visited it). This is the version of the page that was used for ranking your search results. The page may have changed since we last cached it. To see what might have changed (without the highlights), go to the current page.
You searched for: andra day weight loss We have highlighted matching words that appear in the page below.
Bing is not responsible for the content of this page.
Andra Day Says ‘It’s All Been Nudies’ Since Losing 40 Pounds For Her Role As Billie Holiday - theJasmineBRAND

Andra Day seems to be obsessed with taking nudes after the recent body transformation she went through to prepare for her role as Billie Holiday. As we previously reported, American entertainer Andra Day went the extra mile for her part in Hulu’s The United States v. Billie Holiday. The 36-year-old actress/singer has previously shared that she started smoking cigarettes and lost close to 40lbs to better help her embody her character Billie Holiday. In a more recent interview, Andra Day further explained how serious she took preparing for her Hulu project. She said,

“I did some pretty extreme things for the character. There was the drastic weight loss—I wanted to have a body that looked like that period in time. Starving myself made me very weak on set and slowed me down in a way that really helped with the scenes with heroin. Then I started smoking cigarettes; it made me feel like Billie. I’m very fast, and she’s like molasses. Smoking helped to drop me into those dark places.”

According to Andra Day, she went from 163 pounds to 124 pounds for her role. However, she doesn’t seem to have any hard feelings about the weight she lost. During her interview, she was asked if she’s taken any nude pictures before and she replied,

“…especially after I lost weight for the movie, it’s all been nudies.”

The United States v. Billie Holiday debuted on Hulu Thursday, February 25. The film is a biographical drama and was directed by Lee Daniels.

What do you think Andra Day’s remarks? Let us know in the comments below.

Tekashi 6ix9ine To Billboard: We Are Dominating The Streams By A Landslide!
Exclusive
Post Slider 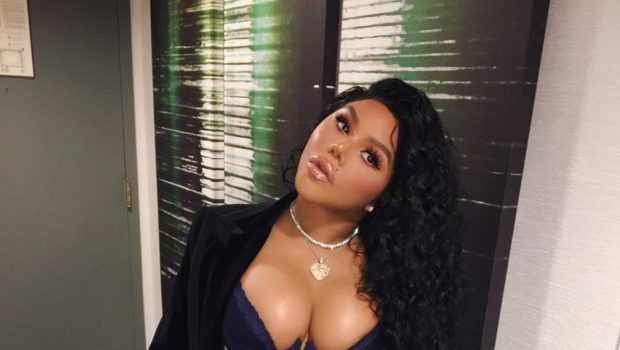