You have reached the cached page for https://letterboxd.com/film/anarchy-parlor/
Below is a snapshot of the Web page as it appeared on 12/27/2020 (the last time our crawler visited it). This is the version of the page that was used for ranking your search results. The page may have changed since we last cached it. To see what might have changed (without the highlights), go to the current page.
You searched for: anarchy parlor cast We have highlighted matching words that appear in the page below.
Bing is not responsible for the content of this page.
‎Anarchy Parlor (2015) directed by Kenny Gage, Devon Downs • Reviews, film + cast • Letterboxd 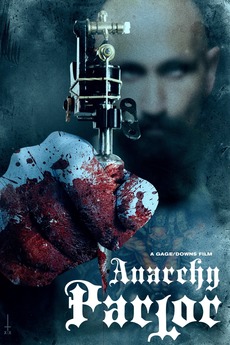 Six young college hopefuls vacationing and partying in Lithuania get more than they bargained for when they unwittingly get caught up in a maniacal tattoo artist's fiendish side business.

Every Horror Film Made from 1895 - present

Watchlist of movies that only you and your best friends might appreciate. Suggestion: Use www.random.org to draw which ones to…

The Chronological History of the Cinematic Macabre

As it reads on the tin.

a History of Sex in Cinema

(original list here, I didn’t curate this list I simply moved it from one site to another) FINALLY completed, will be updating…

"An encyclopedia and film diary of extreme, surreal, and bizarre movies"

F*ck It. Here's a list of Movies on Amazon Prime from the last few months that I couldn't fit on My MAIN Prime List

My main list of 3,329 noteworthy movies on Amazon Prime.

Tell me if you see anything that should be added…

Slashers and films that have slashing in them from 2000-2020

Slasher films or films with slasher elements from the year 2000-2020 not in any particular order! This is still a…

Gore and more - to be watched

Films that are considered to be gory that I will be watching and reviewing on my Youtube channel: TheGoreGuide The…

Every Horror Film Made