You have reached the cached page for https://nypost.com/2020/12/12/allison-mack-files-for-divorce-from-her-wife-nicki-clyne/
Below is a snapshot of the Web page as it appeared on 5/7/2021 (the last time our crawler visited it). This is the version of the page that was used for ranking your search results. The page may have changed since we last cached it. To see what might have changed (without the highlights), go to the current page.
You searched for: allison mack cult We have highlighted matching words that appear in the page below.
Bing is not responsible for the content of this page.
Allison Mack files for divorce from her wife Nicki Clyne Skip to main content

1 TikTok user who matched with Matthew Perry on Raya at age 19 speaks out 2 Why Ellen DeGeneres is living with Courteney Cox 3 Paulina Porizkova's ‘full-frontal nude’ Vogue cover was unretouched 4 Latest school shooter identified as 6th-grade girl 5 Enemy at the Gates: Melinda was 'furious' after she, Bill met Epstein 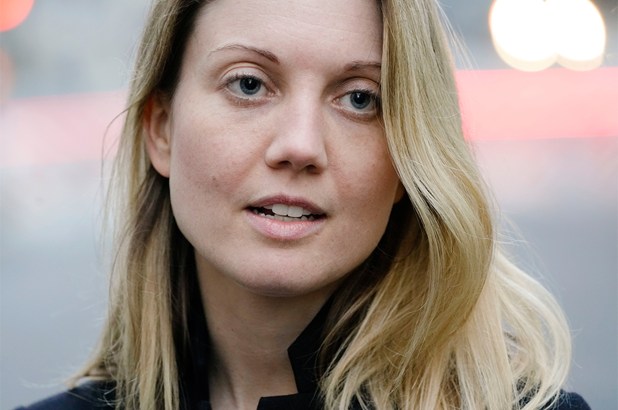 Nxivm sex-cult sicko set to speak at his sentencing tomorrow

They survived NXIVM — but now their marriage is on the rocks

Allison Mack, the disgraced former “Smallville” star who’s been charged for her role in the NXIVM sex cult, has reportedly filed for divorce from her wife, a fellow actress who was also in the cult.

The 38-year-old Mack made headlines when she pled guilty in April 2019 to racketeering and racketeering conspiracy charges, including extortion and forced labor.

Prosecutors alleged Mack was a high ranking member of the group DOS and recruited women as “sex slaves” for NXIVM founder Keith Raniere, who was sentenced to 120 years in prison for sex-trafficking women in October.

Mack faces up to 40 years in prison. Her sentencing was postponed last year and a new date hasn’t been set.

Clyne, 37, who was not charged in the scheme, revealed in court papers in October that she had been Raniere’s “partner” for more than ten years.

A staunch Raniere supporter, she insisted in the court papers that NXIVM was merely “a group of women who sought guidance from a trusted and intelligent man, and created a secret sorority for women that implemented some somewhat unconventional practices in the pursuit of growth and personal freedom.”

Some women in the group were also made to wear fake cow udders on their bare breasts in acts of ritual humiliation, prosecutors said.

'Pet Stars' Fans Will Love These Pet Products for Influencers