You have reached the cached page for https://hollywoodhiccups.com/2021/10/20/the-young-and-the-restless-yr-spoilers-more-of-ashlands-secrets-revealed/
Below is a snapshot of the Web page as it appeared on 1/14/2022 (the last time our crawler visited it). This is the version of the page that was used for ranking your search results. The page may have changed since we last cached it. To see what might have changed (without the highlights), go to the current page.
You searched for: all my children spoilers rumors We have highlighted matching words that appear in the page below.
Bing is not responsible for the content of this page.
The Young And The Restless (Y&R) Spoilers: More of Ashland's Secrets Revealed? - Hollywood Hiccups

The Young And The Restless (Y&R) Spoilers: More of Ashland’s Secrets Revealed?

Get real time updates directly on you device, subscribe now. 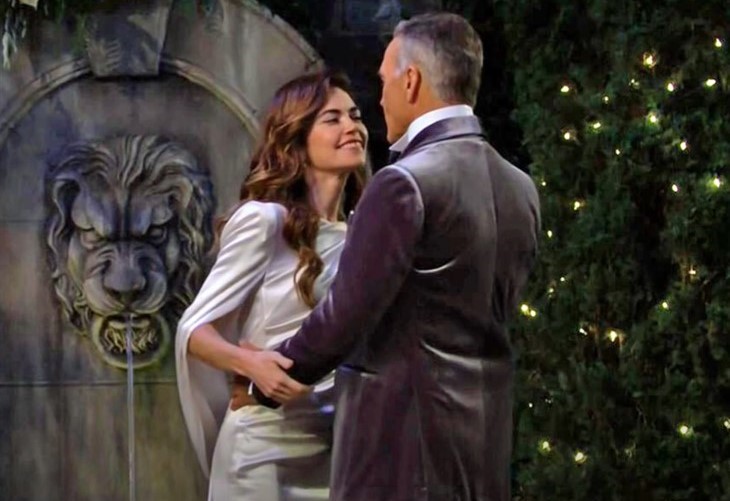 The Young and the Restless (Y&R) spoilers document that Ashland Locke (Richard Burgi) appears to have hit his targets. He wanted to merge his company with Newman Enterprises and marry Victoria Newman (Amelia Heinle).

So, Ashland reached his goals. But have all of his secrets been revealed?

The Young And The Restless (Y&R) Spoilers: Sally Remains Relentless In Her Pursuit Of Adam

The Young And The Restless Spoilers – Jesse Gaines Appears To Know All?

Two deceased characters are being used in the storyline and were referenced within one sentence in the last paragraph. Yes, it is a bit convoluted for Y&R to be using not one but two never-seen characters as keys to Ashland’s backstory. It is also somewhat tricky to have to write about them but necessary to explain the complex nature of the intriguing alter ego that Burgi is playing.

Jones’ character believes he knows Ashland’s darkest secrets. But actually, he only seems to know dirt about Jesse, Senior, and is playing a petty revenge game because he thinks that his dad favored Ashland over him.

It is reasonable to believe that Victoria would overlook all that she has because of Ashland’s love.

Whatever doubts she or anyone had, including those within the audience, were justified. But everything that transpired proves that Ashland’s love is real. With that, Victoria’s instinct about his concern for her is affirmed.

It will be a mistake if TPTB undercut the above by later claiming that Ashland was playing Victoria for a fool. However, it would be plausible if Ashland is withholding other secrets that have to do with his past life.

The Young And The Restless (Y&R) Spoilers: Skyle Make The Tuscany Scene, A Delightful Kid Returnshttps://t.co/crU6iA9xQn

Victor Newman (Eric Braeden) is not his daughter. It can not be truthfully said that Victor’s adoration of Victoria has fully clouded his judgment where Ashland is concerned.

Devoted Y&R fans are right to question why Victor is offering such strong support for a man whose background is far worse than Billy Abbott’s (Jason Thompson)?

If Ashland has told all, then Victor’s approach and how he was written will be vindicated. But if Ashland has secrets, that somehow involve the killing of the real Ashland, Camilla, and or Jesse, Senior, then Victor’s legendary intuition will take a major hit.

This site is a leading source for everything linked to The Young and the Restless. Check back regularly for Y&R spoilers and news!

Get real time updates directly on you device, subscribe now.

After earning a BA in Communications, Sean began his professional career in the Scranton-Wilkes/Barre Red Barons’ front office (the Philadelphia Phillies former Triple-A affiliate). He later worked as a print sports writer. During this millennium – Sean became a state licensed school teacher, the author of the children’s book Maddie: Teaching Tolerance with a Smile, and a credentialed sports columnist. He’s also been a longtime soap opera loyalist.

You might also likeMore from author
The Young and The Restless

The Young And The Restless Spoilers: Billy Bound To Lily And Victoria By Love

The Young And The Restless Comings And Goings: Richard Burgi OUT As Ashland Locke