You have reached the cached page for https://soaps.sheknows.com/all-my-children/news/2398/all-my-children-casting-rumors-confirmed/
Below is a snapshot of the Web page as it appeared on 11/20/2021 (the last time our crawler visited it). This is the version of the page that was used for ranking your search results. The page may have changed since we last cached it. To see what might have changed (without the highlights), go to the current page.
You searched for: all my children spoilers rumors We have highlighted matching words that appear in the page below.
Bing is not responsible for the content of this page.
All My Children Casting Rumors: Confirmed! News | Soaps.com

All My Children Casting Rumors: Confirmed! 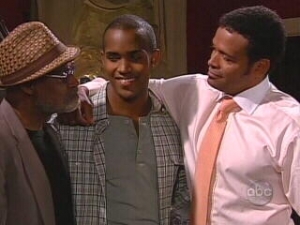 Several rumors have been floating around about the residents of Pine Valley. Soaps.com decided to do a little investigating to get to the bottom of who’s coming and who’s going and what that means for the remaining residents!

First rumor: The character of Samuel Woods is heading for the campaign trail. Verdict: True! Soaps.com has learned that Mario Van Peebles (Samuel) will be leaving the show in the fall. Presumably this means that Samuel will either hit the campaign trail very hard or will have won his Senate seat and will be headed for Washington D.C. All My Children sources don’t comment on what exactly leads Samuel away, but Soaps.com has learned that his leave could be a temporary thing. It seems that the door is being left open for Samuel’s return, so we could see more of Mario Van Peebles off and on over the next few years.

What will Mario be doing outside Pine Valley? Mario has been cast in the series “Damages” as Agent Harrison. He will also star in three films. “Multiple Sarcasms” and “Spring in Her Step” have completed filming and are in post-production. “The Uniter”, due out in 2009, is in pre-production right now.

Second rumor: That Dre Woods will follow his father out of Pine Valley. Verdict: Not true. At least at this point. Sterling Suleiman (Dre) remains on contract with the show. Soaps.com has learned that Dre will be sticking around to support friend Colby, who is struggling with an alcohol problem. With Cassandra out of the way, could there be a romance brewing between the two? Not if Petey Cortlandt has anything to say about it!

Third rumor: Soaps.com confirmed several weeks ago that Colin Egglesfield (Josh Madden) had been moved to recurring status. Since the beginning of the summer, Josh hasn't been seen much around Pine Valley, prompting many fans to wonder if he'd been relegated to the position of Kendall's nanny. That is untrue; it seems that Josh has been busy behind the scenes at Cambias and ***SPOILER ALERT*** his storyline will be heating up very quickly! It seems that Josh has embezzled quite a stash of cash from brother-in-law Zach and will soon be fleeing from his wrath! With Kendall's help - which won't sit well with Zach at all - Josh will be headed out of Pine Valley for a while.

Colin will remain on recurring status so fans can expect to see more of him down the road. He has also completed filming of a new film called "The Good Guy". The film is a romantic comedy; he plays Baker. The film is due out in 2009. Congratulations, Colin!

Fourth rumor: That the role of Cassandra Foster, played by Yaya Da Costa, is being recast. Soaps.com has been unable to confirm this rumor but we will keep fans posted on what exactly is going on with the role. Yaya, who left the show just last week, is currently shooting the movie "The Shanghai Hotel"; she plays Kendra. The film is due out next year.

Fifth - and final - rumor: That David Hayward is bringing Dixie Martin, played by Cady McClain, back with him, alive and well no less, when he returns this fall. Verdict: unconfirmed at this point. So far, The Powers That Be are being very vague about David's storyline but with Jake currently living in his cabin, that will likely play into it. Many fans have hoped that David was behind Dixie's death-by-poisoned-pancakes and actually saved her life. We'll have to wait and see on that one. Dixie did return, in ghost form, earlier this year when she haunted Adam into revealing Kathy/Kate's true identity. What can we tell you about Cady McClain? According to a recent blog post, she is returning to school this fall to take a few writing classes.

There you have it, fans, you are up to date on all the rumors - or at least most of them! - that are floating around out there. One last big rumor is that several familiar faces are going to be heaved out of town after a tornado touches down in the fall. Soaps.com is investigating this rumor too, to see who may breathe their last in Pine Valley but so far, everything is mum on the set.

Stay tuned here, though, and you'll hear the news from us as soon as we uncover it!

All My Children Weekly Blog!

All My Children Weekly Blog! 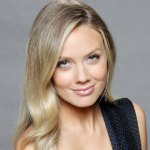 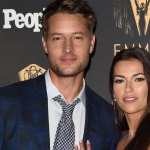 Young & Restless Alum Justin Hartley Issues a Hearty 'Welcome to the Family' to His and Wife Sofia Pernas' Precious New Addition — Plus, Those Photos…! 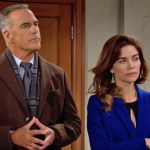 Young & Restless Preview: As Billy and Lily Fight to Keep Chance Comm Afloat, Ashland and Victoria Make Them an Offer 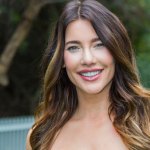 Aldo Gucci: 5 Things To Know About The Gucci Patriarch Al Pacino Is Playing In ‘House Of Gucci’

Posted 1 hour ago
Posted on: Variety

Posted 3 hours ago
Posted on: Deadline

Posted 1 hour ago
Posted on: TVLine

Posted 2 hours ago
Back to Top
ad