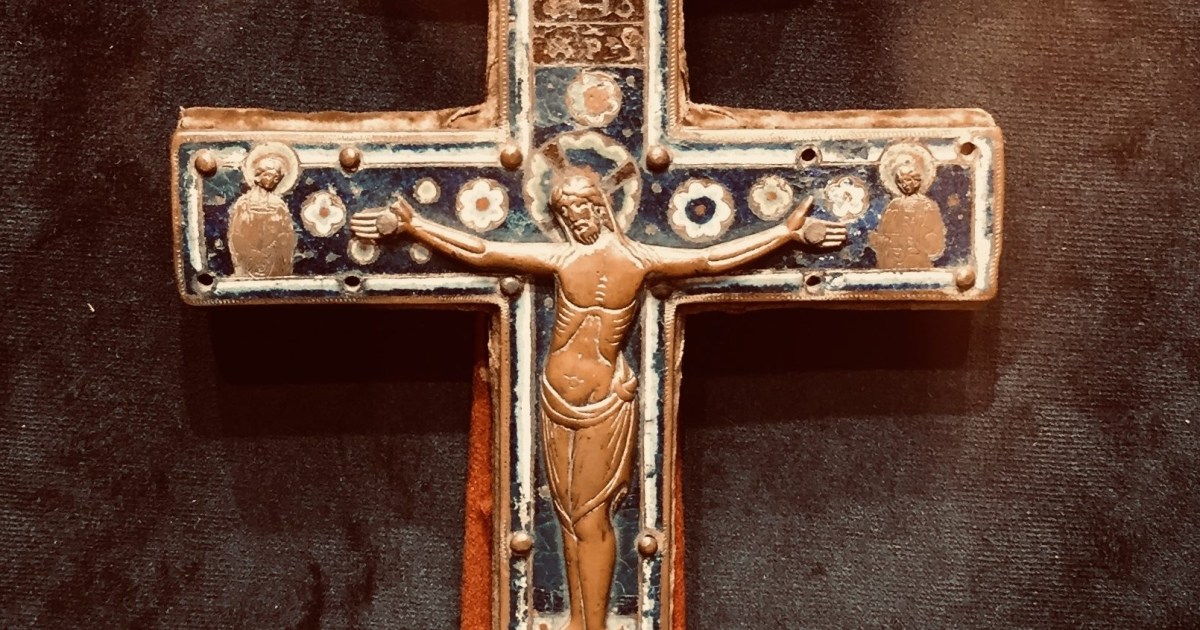 A series that looks at the visual arts for signs of the universal Church in sometimes unexpected places.

This is a very rare crucifix. Not because it’s 800 years old, but because it is a Patriarchal Cross from the French town of Limoges. There are only three known examples with the additional bar from this powerhouse of medieval enamel work.

This style of cross followed Byzantine designs and the extra arm was meant to represent the INRI titulus crucis nailed above Christ’s head. The enamelers have not used this opportunity to spell out Our Lord’s name in the large space provided. They have used the Greek form of Jesus Christ (IHS XPS). In the Western Church, only the IHS part continued the old Greek tradition. Western Christian items were the staple of Limoges, and this town produced them in prodigious quantities. They were helped in this by Pope Innocent III. The pontiff declared in 1215 that there should be at least one piece of Limoges enamel in every church in Europe.

Lucien de Guise is on Instagram @crossxcultural. As a Catholic writer, editor, curator and former museum director, his aim is to build bridges through art.