You have reached the cached page for https://www.boston.com/uncategorized/noprimarytagmatch/2013/07/11/family-of-albert-desalvo-angry-that-police-secretly-obtained-dna-sample-from-relative/
Below is a snapshot of the Web page as it appeared on 9/6/2021 (the last time our crawler visited it). This is the version of the page that was used for ranking your search results. The page may have changed since we last cached it. To see what might have changed (without the highlights), go to the current page.
You searched for: albert desalvo wife and kids We have highlighted matching words that appear in the page below.
Bing is not responsible for the content of this page.
Family of Albert DeSalvo angry that police secretly obtained DNA sample from relative

The family of confessed Boston Strangler Albert DeSalvo is furious that Boston police secretly followed one of his nephews so investigators could get a DNA family profile – because the DeSalvo clan would have provided the sample without hesitation if they had been asked, their attorney said today.

Boston Police Commissioner Edward Davis said today he assigned a police detective to follow a DeSalvo nephew — identified by family attorney as Timothy DeSalvo – so they could collect something to retrieve a DNA sample from. Davis said police retrieved the DNA sample from a plastic water bottle that was discarded by the DeSalvo relative.

Law enforcement officials announced today that a DNA match had been made between DeSalvo and the murder of 19-year-old Mary Sullivan who had been raped and murdered in her home on Charles Street on Jan, 4, 1964.

DeSalvo famly attorney Elaine Whitfield Sharp told the Globe in a telephone interview that the DNA revelation was deeply upsetting to the DeSalvo family, and it also reinforced their belief that law enforcement will never treat them with respect, even though the DeSalvo family has tried to cooperate in the past.

“Obviously, he was shocked, disgusted, angry and offended,’’ Whitfield Sharp said of Timothy DeSalvo, the son of Richard DeSalvo, Albert’s brother. “The family is not happy with this secret surveillance of Tim DeSalvo. It was unnecessary, creepy.’’

She said the family is resigned to seeing their relative exhumed for the second time from his grave in Peabody this week.

She said that if law enforcement had asked, they would have provided DNA.

Moreover, she said, DNA samples of Albert DeSalvo are still in the possession of the DeSalvo family and forensic investigators who exhumed DeSalvo’s body in the early 2000s. They would have happily turned over those DNA samples, too, she said.

The Suffolk district attorney’s office, however, said that the DeSalvo family did offer the samples of DNA about 10 years ago, but only if they could have the physical evidence from the investigation.

“The terms offered by Attorney Whitfield Sharp would have required us to give up some of the very limited physical evidence we had left,’’ said Jake Wark, a spokesman for the district attorney’s office. “We were unwilling to barter away evidence in a homicide investigation.’’

Whitfield Sharp said that when Sullivan’s body was exhumed in 2001, mitochondrial DNA of a man was found on Sullivan’s body near her groin – and that DNA profile did not match Albert DeSalvo. If the new round of testing does confirm a DeSalvo connection, she said it suggests that two men may have played a role in Sullivan’s death.

At the same time, a DeSalvo DNA match would show only that DeSalvo and Sullivan were intimate shortly before her death, not that he killed her, the family attorney said.

“It does not prove he killed any of the other women,’’ Whitfield Sharp said. “It does not resolve the case once and for all as to whether Albert DeSalvo was the Boston Strangler.’’

Wark said the new round of testing is on biological evidence that was preserved by Boston police, not on the result of an exhumation of a murder victim decades after she was autopsied, embalmed and buried by her family. 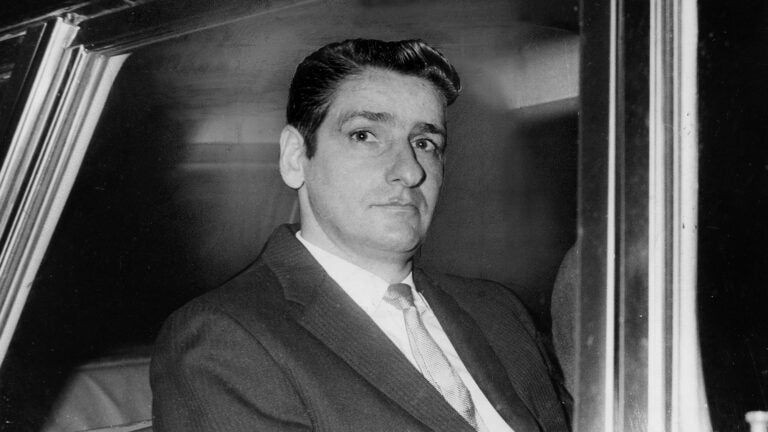 New movie to explore bizarre hunt for the Boston Strangler

Stay up to date with everything Boston. Receive the latest news and breaking updates, straight from our newsroom to your inbox.