You have reached the cached page for https://www.moviefone.com/movie/adventures-in-the-sin-bin/10130557/where-to-watch/
Below is a snapshot of the Web page as it appeared on 10/7/2021 (the last time our crawler visited it). This is the version of the page that was used for ranking your search results. The page may have changed since we last cached it. To see what might have changed (without the highlights), go to the current page.
You searched for: adventures in the sin bin movie watch full We have highlighted matching words that appear in the page below.
Bing is not responsible for the content of this page.
Adventures in the Sin Bin (2012) - Stream and Watch Online | Moviefone 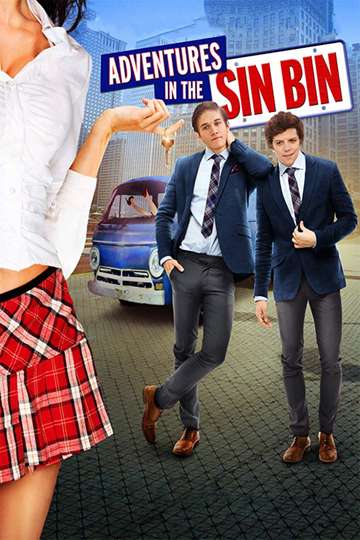 Adventures in the Sin Bin (2012)Stream and Watch Online Fancy watching 'Adventures in the Sin Bin' on your TV, phone, or tablet? Tracking down a streaming service to buy, rent, download, or view the Billy Federighi-directed movie via subscription can be a challenge, so we here at Moviefone want to do the heavy lifting.

Released June 8th, 2012, 'Adventures in the Sin Bin' stars Michael Seater, Emily Meade, Bo Burnham, Brian Petsos The movie has a runtime of about 1 hr 41 min, and received a user score of 48 (out of 100) on TMDb, which assembled reviews from 13 well-known users.

Curious to know what the movie's about? Here's the plot: "Brian is a private school student who routinely lends his van out so fellow students can have sex in it. When he is invited to become friends with Tony, the school's big man on campus, he hopes to get some romantic pointers so that he might use his van himself with dream girl Suzie. Things become more complicated, however, when he discovers Tony is sleeping with Suzie himself."

'Adventures in the Sin Bin' is currently available to rent, purchase, or stream via subscription on Amazon Video .

Black Widow
It's a shame we didn't get this 'Black Widow' movie a few years...
Read full review