You have reached the cached page for https://letterboxd.com/film/adventures-in-the-sin-bin/
Below is a snapshot of the Web page as it appeared on 1/29/2022 (the last time our crawler visited it). This is the version of the page that was used for ranking your search results. The page may have changed since we last cached it. To see what might have changed (without the highlights), go to the current page.
You searched for: adventures in the sin bin movie online free 1985 dvd box set We have highlighted matching words that appear in the page below.
Bing is not responsible for the content of this page.
‎Adventures in the Sin Bin (2012) directed by Billy Federighi • Reviews, film + cast • Letterboxd 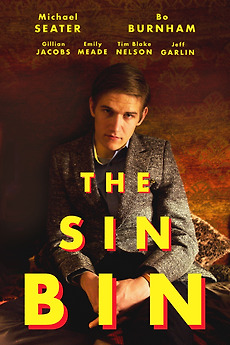 Adventures in the Sin Bin

Brian is a private school student who routinely lends his van out so fellow students can have sex in it. When he is invited to become friends with Tony, the school's big man on campus, he hopes to get some romantic pointers so that he might use his van himself with dream girl Suzie. Things become more complicated, however, when he discovers Tony is sleeping with Suzie himself.

Letterboxd is an independent service created by a small team, and we rely mostly on the support of our members to maintain our site and apps. Please consider upgrading to a Pro account—for less than a couple bucks a month, you’ll get cool additional features like all-time and annual stats pages (example), the ability to select (and filter by) your favorite streaming services, and no ads!

Tell me about Pro