You have reached the cached page for https://www.rottentomatoes.com/celebrity/zoey_deutch
Below is a snapshot of the Web page as it appeared on 1/26/2021 (the last time our crawler visited it). This is the version of the page that was used for ranking your search results. The page may have changed since we last cached it. To see what might have changed (without the highlights), go to the current page.
You searched for: Zoey Deutch We have highlighted matching words that appear in the page below.
Bing is not responsible for the content of this page.
Zoey Deutch - Rotten Tomatoes 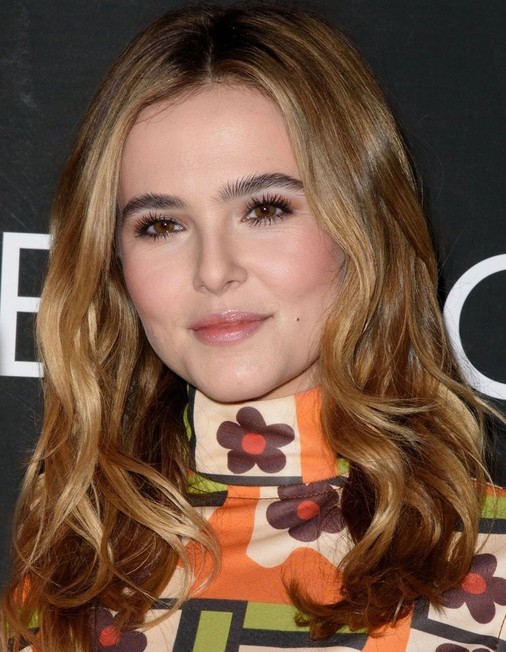 For Zoey Deutch, acting is not only her chosen profession; it's the family business. Her mother, actress Lea Thompson, met her father, noted helmer Howard Deutch, while he was directing her in the 1987 John Hughes-penned romantic drama, "Some Kind of Wonderful." Deutch always dreamt of following her mother's footsteps, and by the age of 15, began acting professionally. Since then, Deutch steadily rose up the Hollywood ranks, landing recurring parts on "Ringer" (The CW, 2011-12) and "Switched at Birth" (ABC Family, 2011-17), as well as a supporting role in the 2013 fantasy romance "Beautiful Creatures." Born and raised in Los Angeles, Deutch grew up wanting to have a career in show business. She started dancing as a young girl, becoming skilled in ballet, jazz and tap, but her true ambitions were for acting. She would often perform scenes from famous movies with her Barbie dolls, and eventually went on to study acting at the Los Angeles County High School for the Arts. Deutch nabbed her first screen role in 2010 as a recurring character on "The Suite Life on Deck" (Disney Channel, 2008-2011) and followed it up with the 2011 made-for-TV movie "Hallelujah." That same year, she landed a guest spot on the CBS crime procedural "NCIS" (2003- ), as well as the lead role of a small-town political hopeful in "Mayor Cupcake," which also starred her mother and her sister, Madelyn Deutch. Soon enough, Deutch had secured a recurring part on mystery series "Ringer," before landing her breakout role as Emily Asher in 2013's supernatural-themed "Beautiful Creatures." Following her performance in the big-budget film, Deutch appeared in two episodes of the ABC Family drama "Switched at Birth." Following key roles in teen-soap satire "Vampire Academy" (2014) and raucous comedy "Dirty Grandpa" (2016), Deutch received solid praise for her role in Richard Linklater's ensemble comedy "Everybody Wants Some" (2016). Leading roles in little-seen indies "Vincent N Roxxy" (2016) and "Good Kids" (2016) were followed by the female lead in Bryan Cranston/James Franco comedy "Why Him?" (2016), the starring role in teen drama "Before I Fall" (2017) and the role of Oona O'Neill in Danny Strong's J.D. Salinger biopic "The Rebel in the Rye" (2017).

Lissa Dragomir says: You can't beat up everyone we have a problem with!

Rose Hathaway says: I can try.

Rose Hathaway says: [Narrating] I don't know about you, but my school can get a little insane. Most of us stay up all night. And all of us think we'll live forever....if we survive graduation, that is.

Rose Hathaway says: I don't know about you, but my school can get a little insane. Most of us stay up all night. And all of us think we'll live forever, if we survive graduation, that is.

Rose Hathaway says: [Lissa sucks blood from Rose] No problem, what are sisters for.

Rose Hathaway says: No problem, what are sisters for?

Rose Hathaway says: No problem, what are friends for?

Emily Asher says: This is on our church's list of banned books.