You have reached the cached page for https://www.imdb.com/title/tt0481393/
Below is a snapshot of the Web page as it appeared on 12/23/2020 (the last time our crawler visited it). This is the version of the page that was used for ranking your search results. The page may have changed since we last cached it. To see what might have changed (without the highlights), go to the current page.
You searched for: Young Triffie's Been Made Away With movie We have highlighted matching words that appear in the page below.
Bing is not responsible for the content of this page.
Young Triffie's Been Made Away With (2006) - IMDb
Get a sneak peek of the new version of this page.
Check it out now Learn more
FULL CAST AND CREW | TRIVIA | USER REVIEWS | IMDbPro | MORE LESS
0Check in
X I'm Watching This!
Keep track of everything you watch; tell your friends.

1h 29min | Comedy | 6 April 2007 (Canada)
A young and inexperienced regional police officer in 1947 Newfoundland travels to a small village to solve the mysterious murder of a young woman.

Soul stars Jamie Foxx and Tina Fey share how they contributed to each other's voice performances.

The Rise of Alexander Skarsgård 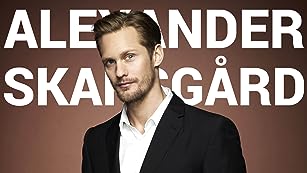 Take a look at the film and television career of Alexander Skarsgård.

Search for "Young Triffie's Been Made Away With" on Amazon.com

In 1947 Whitbourne, Newfoundland, Alan Hepditch, a by-the-books but squeamish and somewhat dimwitted criminologist (whose specialty is fingerprinting) and candidate for ranger, is constantly being tormented by his fellow ranger candidates and his sergeant, Bill O'Mara. This torment makes him hate his training. Before Hepditch can quit, O'Mara, as a sort of punishment, assigns him to his first posting at Swyer's Harbour, where five sheep mutilations have taken place over the past year. When he arrives in Swyer's Harbour, Hepditch has a more serious crime to investigate, that of the murder of a local, mentally slow woman named Tryphenia Maud Pottle, better known to the locals as Young Triffie, whose dead body was found on the beach. When O'Mara finds out about the murder, he decides to send Rangers Jenkins and Guzzwell to Swyer's Harbour to replace Hepditch. Hepditch has thirty-six hours before his replacements' arrival, during which time he sets out to prove himself and prove O'Mara ... Written by Huggo

Crime has never be so much fun!

The movie is based on a play director Mary Walsh commissioned Ray Guy to write in 1985. Mary Walsh also directed the stage version before directing the movie. See more »

I had the pleasure of first seeing Young Triffie at the 2006 Vancouver International Film Festival... and then again on the Film Channel via satellite .

Set in Swyer's Harbour, Newfoundland in 1948, this comic tale is based on the play, Young Triffie's Been Made Away With by Ray Guy, who co-wrote the film's screenplay. The story begins when Andrew Hepditch, played by Fred Ewanuick, a young, officious, by-the-book Newfoundland Ranger, is dispatched by his Commanding Officer out to the isolated outport to investigate a common sheep-shagging/mutilation. Hepditch also finds himself face and eyes into the death of a young girl and way over his head in the mysterious workings of outport village life in Newfoundland. Mary Walsh (who also produced & directed) is brilliant as Millie Bishop, the post mistress, telephone operator, and the nosy village gossip. From beginning to end, the laughter never lets up in this comic murder mystery. The script is clever... listen carefully; there are some good bits throughout.

My only regret about this film is that it didn't seem to released to the theatres as was planned in the Spring of 2007. Good Canadian fare that should have a wider audience. I hope it will be released on DVD with plenty of extras. I will put it in my collection in a heartbeat.

At the film festival, the theatre was packed full. Everyone, as far as I could tell, liked it very much. On that basis, I find some of the reviews here, quite disappointing. One man's meat is another man's poison, I guess.