You have reached the cached page for https://duckswire.usatoday.com/2021/09/10/ohio-states-ryan-day-was-very-close-to-being-on-chip-kellys-staff-at-oregon/
Below is a snapshot of the Web page as it appeared on 10/17/2021 (the last time our crawler visited it). This is the version of the page that was used for ranking your search results. The page may have changed since we last cached it. To see what might have changed (without the highlights), go to the current page.
You searched for: Who is the woman that Chip Kelly was married to? We have highlighted matching words that appear in the page below.
Bing is not responsible for the content of this page.
Ryan Day was close to being on Chip Kelly’s staff at Oregon

There’s a new Marvel animated show called “What If?” that features stories from different universes and timelines that contemplate scenarios other than the main storyline.

In the college football universe, one of those could be what if current Ohio State coach Ryan Day had accepted an assistant coaching position at Oregon during the Chip Kelly days.

The two coaches are both from New Hampshire and were on the same staff for the Wildcats for a season in 2002 when Day was the tight ends coach and Kelly was the offensive coordinator. Day was Kelly’s quarterback for four years before that, so the two are close friends, even to this day.

When Kelly got the job as Oregon’s offensive coordinator in 2007 and then head coach two years later, getting Day to be on the staff would have been a natural fit. At the time Kelly was promoted to helm the Ducks’ ship, Day was the receivers coach at Boston College.

“We talked several times about going there (Oregon),” Day said. “It was hard for me at the time. We just had RJ (Day’s son) and we thought long and hard about doing it, but it was just too far to go at the time. With a young family, I didn’t want to go across the country.”

The conversation about Day leaving the East Coast to come out West wasn’t just a one-time thing. Kelly and Day talked about this scenario for years, and yet, the stars never aligned in Eugene.

They did align, however, in Philadelphia when Day joined Kelly’s staff in his last season as the head coach of the Eagles. Day was the quarterbacks coach and eventually decided that the move to the West Coast was the prudent decision as Day followed Kelly to San Francisco for the 2016 season before Ohio State snatched him up to be the offensive coordinator in 2017 and eventually the head coach when Urban Meyer “retired.”

So what if Day did accept a job at Oregon? Would he have been the offensive coordinator instead of Mark Helfrich? Would Oregon have hired Day to be Kelly’s replacement when he bolted for the NFL?

So many questions and no answers. Kelly never discussed hypotheticals with the media, but this one could have changed the course for a number of college football and NFL programs across the country.

5 takeaways from Oregon's uninspiring win over the Cal Golden Bears

Travis Dye was spectacular, but penalties were once again an issue, and the offense elicited boos. Here are our major takeaways from (...)

From The Web Ads by Zergnet

Oregon broke out all-black uniforms for a night game vs. Cal, and The Duck showed up dressed like Batman. Here are some of the best photos (...)

'AB is our guy, he's our leader:' Oregon offense stands up for QB Anthony Brown while boos rain down from fans

"AB is our guy, we're rolling with him regardless." Anthony Brown's play elicited boos from the crowd on Friday night, but his teammates (...) 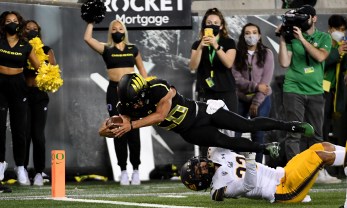 Everything we know following Oregon's frustrating 24-17 win over Cal 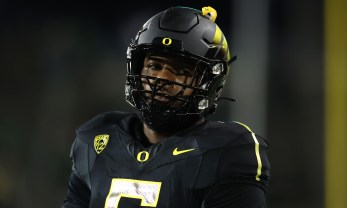 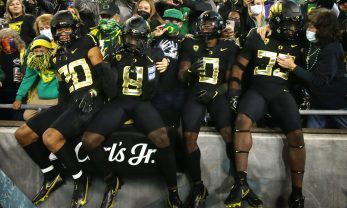 5 takeaways from Oregon's uninspiring win over the Cal Golden Bears 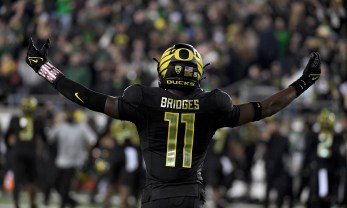 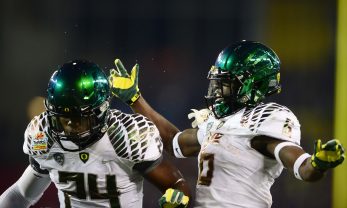 Start every day with our most popular content waiting in your inbox.

An error has occured

Thanks for signing up!

Thanks for signing up.

Please check your email for a confirmation.