You have reached the cached page for https://letterboxd.com/film/suffer-little-children/
Below is a snapshot of the Web page as it appeared on 11/29/2020 (the last time our crawler visited it). This is the version of the page that was used for ranking your search results. The page may have changed since we last cached it. To see what might have changed (without the highlights), go to the current page.
You searched for: Who directed the movie Little Children? We have highlighted matching words that appear in the page below.
Bing is not responsible for the content of this page.
‎Suffer, Little Children (1983) directed by Alan Briggs • Reviews, film + cast • Letterboxd 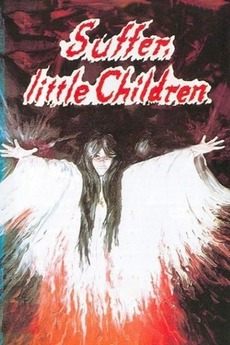 A mute child arrives at a children's home and starts terrorizing the other children with her demonic powers.

Every Horror Film Made from 1895 - present

Art Horror and the Horrific Avant-Garde

List title inspired by Joan Hawkins' book Cutting Edge: Art-Horror and the Horrific Avant-Garde (but does not correspond to her…

Step One: Go to www.random.org. Step Two: Pick a Number. Step Three: GET WEIRD!* *Nobody cares if you don't think…

I made this for myself but I thought others might find it useful. Few things.

The Chronological History of the Cinematic Macabre

As it reads on the tin.

It's no secret that I'm a huge fan of slasher films, and here I've tried to compile a list of…

All the films mentioned in Kim Newman's Nightmare Movies

All the films mentioned by name in Kim Newman's definitive encyclopedia of horror films, Nightmare Movies. Well worth a read.…

A fine collection of cinema's underbelly, from trashy horror and grindhouse pictures to creature features, nudie cuties, sexploitation...and a few…

The Most Comprehensive List of 80s Childhood and Teen Movies

All the films from my exploitation lists, bundled into one mega-super-list-to-rule-them-all!