You have reached the cached page for https://www.thetravel.com/pics-fast-and-the-furious-house-locations-movie/
Below is a snapshot of the Web page as it appeared on 1/26/2021 (the last time our crawler visited it). This is the version of the page that was used for ranking your search results. The page may have changed since we last cached it. To see what might have changed (without the highlights), go to the current page.
You searched for: Where was 2 fast and furious filmed? We have highlighted matching words that appear in the page below.
Bing is not responsible for the content of this page.
Pics Of The Fast And The Furious House And 19 Other Locations From The Movie
By Shay Preitz Feb 28, 2020
Email

When The Fast and the Furious was first released, it was a story about an undercover cop called Brian O’Conner who was trying to infiltrate a racing crew to catch Dominic Toretto and his group of hijackers but ended up falling in love and befriending the gang instead.

With seven more films being released since then, we have been able to watch as the characters have grown closer and gotten themselves in some seriously dangerous situations, while also getting to meet some new faces and saying goodbye to old ones.

We see glimpses of the Toretto house throughout the series, but the exterior and interior were mainly seen during the first film. Before shooting, the owner of the multi-family LA dwelling had to paint the house white so the cars would stand out more. The detached garage that housed Dom’s 1970 Dodge Charger was later demolished after the first film, forcing the crew to rebuild it for later movies.

After Sean meets Twinkie in Fast and the Furious: Tokyo Drift, he heads over to a parking garage where he is introduced to drift racing. That parking garage is actually the parking garage for Hawthorne Plaza Shopping Center. Built in 1977, the property was the perfect spot for filming the drift scene that would later throw Sean into a dangerous situation.

At the start of the first film, Brian O’Conner is shown testing out his driving skills in his neon green Mitsubishi Eclipse in a parking lot. That parking lot is actually the parking lot of Dodger Stadium in LA. It was also used in Furious 7 during the scene where the gang is standing against a guardrail as they discuss how to take down Jakande.

17 Sunnyside Cemetery Was Used For Letty's Funeral In Fast & Furious

After the demise of Letty, her friends and family arrive at her funeral in their sports cars. While they are all seen surrounding her grave, Dom can be seen on the outskirts of the cemetery watching from a distance. The cemetery where she is “buried” is actually the Sunnyside Cemetery in Long Beach, California.

The corner market that Dominic Toretto owns and where Brian goes for tuna sandwiches is actually known as Bob’s Market in Echo Park, LA. The small shop was first established in 1913 and the franchise chose both the interior and exterior to appear in the first film, although the interior was almost completely unrecognizable in the film.

15 The Warehouse Used To Film Han's Garage In The Fast & The Furious: Tokyo Drift

After Sean losing his first drift race and ends up destroying Han’s Nissan Silvia S15 in The Fast and the Furious: Tokyo Drift, he is forced to work off his debt and ends up spending most of his free time fixing cars at Han’s Garage. That garage was actually a warehouse located on Santa Fe Avenue in Downtown LA, but it has since been torn down.

After the demise of Letty in Fast & Furious, Dom decides to get revenge and sets out to find those involved, which is at one point lands him in the apartment of David Park, who ends up hanging by his feet out of the fourth-floor window. That building is actually the old Stratford Hotel building, which now houses 93 units.

In Furious 7, the film ends with a heartfelt goodbye to one of the most memorable characters in the film. The scene where Brian and Mia are playing on the beach with their son while the gang watches and Dom stands to leave without saying goodbye was actually filmed at Leo Carrillo State Park in Malibu.

In The Fast and the Furious, Brian is involved in a street match that is being held in a downtown LA parking lot and ends up losing his Eclipse to Dom. That parking lot is actually located outside the Arts District in LA in Alameda Square, says Discover Los Angeles. In fact, where Brian says, “Dude, I almost had you,” was actually on 11862 South Prairie Ave.

During a seen in Fast and the Furious: Tokyo Drift, Han shows Sean the real reason he drifts and begins to do donuts around two pretty girls in a Nissan Skyline. That Tokyo Intersection this scene takes place at was actually shot on Wilshire Boulevard in Downtown LA. It was transformed by using neon displays, twinkling lights, and Japanese signage.

After Dom leaves the beach in Furious 7, he is met by Brian at an intersection where they then take off side-by-side in one of the most memorable scenes in the series. That intersection is supposed to be the intersection of Decker Road and Mulholland Highway in Malibu but was actually filmed 60 miles away at the intersection of Templin Highway and Ridge Route Road in Castaic.

Dominic’s auto body shop in the first film where the gang goes to create Dom’s “ten-second car,” is actually the Huron Substation in La. Built in 1906, the building has been used as a provider of electricity for Yellow Car transit line, a manufacturing plant, a welding shop, a furniture shop, and now it’s used for special events such as weddings and filming space.

In Fast and Furious, Dom and Brian head to Neptune’s Net after winning a race against a Ferrari. This restaurant is actually a real landmark restaurant located in Malibu. Established in 1958, the place is known for its fresh seafood, which customers get to pick from the restaurant’s many tanks.

In Fast and the Furious: Tokyo Drift, Sean Boswell is first seen attending Oro Valley High School in Arizona before being sent to Tokyo. Filming for it actually took place at the Juan Rodriguez Cabrillo High School in Long Beach, California though. The racing scene that later got him in trouble was filmed at a housing community that was under development and located 80 miles outside of LA.

In 2 Fast 2 Furious, Brian is apprehended by the FBI and is forced to help them take down Carter Verone with the help of his friend Roman Pierce. Most of the filming actually took place around Miami Beach, the Seven Mile Bridge, and Homestead Air Reserve Base, says Brit Movie Tours. The mansion owned by Carter was actually shot at Coral Gables though, which was owned by Sylvester Stallone.

Shortly after filming for The Fast and the Furious ended, the circular Mid-Century Modern home located in Beverly Hills that was used as the LAPD/FBI Headquarters was torn down and a new one was built in its place. This new home is 49,300 square-feet and is considered LA’s second largest residence.

4 The Building Used As The FBI Building In Fast & Furious

In Fast & Furious, Brian becomes an FBI agent again and reports to work each day at a large Mid-Century Modern FBI building. That building is actually the Hall of Administration building at the former Ambassador College in Pasadena. First founded in 1947, the college closed in 1997 and many of its buildings were either sold off and converted, demolished, or are set to be demolished.

Related: 10 Of The Prettiest College Campuses In The World

In Fast & Furious 5, Brian and Mia break Dom out of prison by going after his transport bus. Afterward, they take off and hide out in Rio de Janeiro, Brazil. Many of the scenes filmed throughout this film were filmed on the streets of Puerto Rico’s capital, San Juan. The warehouse where the team gathers though was actually in Atlanta, Georgia though, at the disused Pratt-Pullman Yard.

When it comes down to filming locations for The Fate of the Furious, Ohio, Cuba, Iceland, New York City, and Georgia were all used to bring the action-packed movie alive. For the scene where the cars are seen speeding across a frozen lake after a large submarine took place at Lake Myvatn in Iceland.

Related: 20 Photos Highlighting Why Iceland Is One of The Most Beautiful Places On Earth

1 The Hatfield House Mansion Was Used To Film An Extravagant Party In Fast 9: The Fast Saga

Fast and Furious 9 is due to be released on May 22, 2020. The official trailer was just recently aired, and even though it was only a four-minute clip, we got to see a ton of action. Including one scene where Dom is heading to an extravagant nighttime party taking place near a water feature in front of a mansion. That mansion is actually the Hatfield House Mansion in Hatfield, England.

Next: 25 Places Around The World Where Cars Are Actually Forbidden

Email
Next The Coolest Streets In New Orleans, Rome, L.A. And Other Major Cities (According To Stars)
Related Topics
About The Author 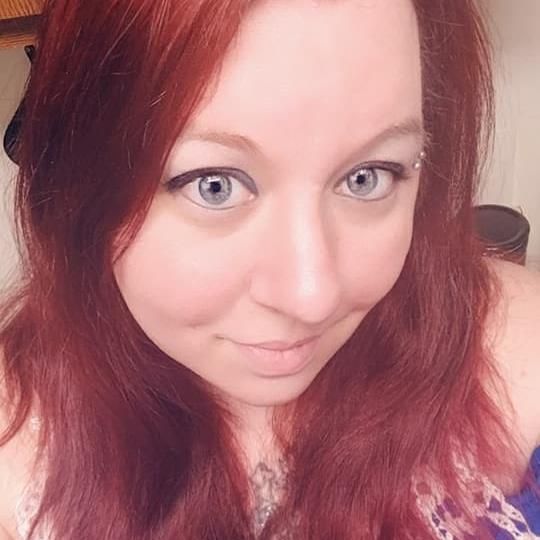 Shay Preitz is a married, stay-at-home housewife, in her thirties who lives out in Whitehall, Pennsylvania and has been writing for the company for two years now. Her dream is to write a book and have it published. She loves reading, writing, video games, anime and is OBSESSED with The Nightmare Before Christmas and anything else having to deal with Tim Burton, Johnny Depp or Helena Bonham Carter.

Le Chateau Frontenac Has A Pool, And Here's How Else You Can Keep The Kids Entertained

ESA Vs. Service Dog: What You Should Know With The New Grounding Rules For Airlines

These Are The Future Travel Trends That Are Predicted For 2021

We're Guiding You Through A Walking Tour Of Central Park, To Help You Explore All The Best Parts

Now That Everyone Is Home, Are Meal Kits Really Worth It? Reddit Decides

Hate Winter? Photos Of These Gorgeous Frozen Lakes Around The World Might Change Your Mind

What's It Like To See Cappadocia Turkey From A Hot Air Balloon? Here's What To Expect

The Hidden Gem Village Of Tulameen In B.C., Where To Find It And What To Do There

Wondering How To Celebrate New Year's Eve During A Pandemic? Do It Like This

The 1918 Flu Drastically Impacted Food, And The Science Behind It Was Fairly Intuitive

North Carolina, New York, Tennesse And Other Major Cities With The Best BBQ (According To Stars)

The Most Expensive Art Exhibit Just Went Up In Grand Central, And It Has An Unusual Medium

A Rookie's Guide To Exploring Munich

These Were The Most Popular Takeout Foods In 2020... And They're Not What We Expected