You have reached the cached page for https://www.skymarketing.com.pk/news/pm-vows-to-retrieve-property-worth-pkr-5-5-trillion-from-land-mafia/
Below is a snapshot of the Web page as it appeared on 1/7/2022 (the last time our crawler visited it). This is the version of the page that was used for ranking your search results. The page may have changed since we last cached it. To see what might have changed (without the highlights), go to the current page.
You searched for: Where is University Town Rawalpindi project located? We have highlighted matching words that appear in the page below.
Bing is not responsible for the content of this page.
PM vows to retrieve property worth PKR 5.5 trillion from land mafia - Sky Marketing 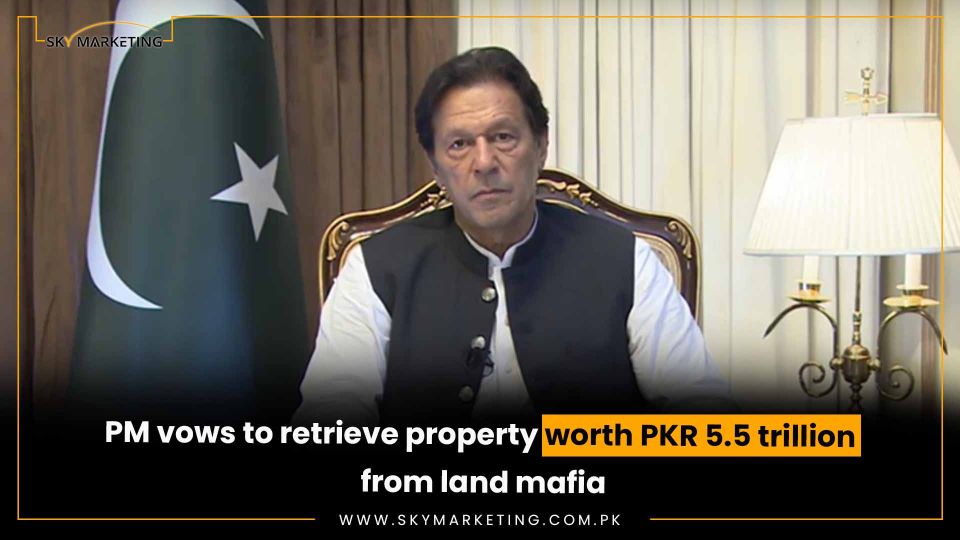 Islamabad: Prime Minister (PM) Imran Khan said that a total of PKR 5.5 trillion of state land has been encroached upon in various parts of the country, news sources reported.

The premier stated that out of the total land, PKR 2.63 trillion worth of encroached state land is located in Karachi, Islamabad, and Lahore alone.

Read: PMU set up to speed up execution on Gandhara Valley City project

As per the reports, the premier said that the total land under illegal occupation has been unearthed after the completion of the first phase of the cadastral mapping process that has surveyed land in three big metropolitan areas of the country.

He also pointed out that a total of PKR 1.86 trillion worth of forest land is also under illegal encroachment, which is the leading cause of the reducing forest cover in the country.

Similarly, the Special Assistant to the Prime Minister on Climate Change Malik Amin Aslam said that in Punjab and Khyber Pakhtunkhwa, around 160,000 acres of state land has been encroached upon. He further said that after land mapping of 30,000 square kilometers, a total of 700,000 acres was found to have been illegally occupied by the land mafia.

It is worth noting that the federal government has established the Federal Government Properties Management Authority (FGPMA) to reclaim state properties from encroachers.

Please call us for more details

Drop Below Info for Getting Discount
Chat via WhatsApp
Start a Conversation
Hi! Click one of our member below to chat on Whatsapp
The team typically replies in a few minutes.
Skymarketing
Copy link
CopyCopied
Powered by Social Snap