You have reached the cached page for https://pagesix.com/2021/01/15/dr-dre-released-from-hospital-after-brain-aneurysm/
Below is a snapshot of the Web page as it appeared on 6/13/2021 (the last time our crawler visited it). This is the version of the page that was used for ranking your search results. The page may have changed since we last cached it. To see what might have changed (without the highlights), go to the current page.
You searched for: When was Dr Dre released? We have highlighted matching words that appear in the page below.
Bing is not responsible for the content of this page.
Dr. Dre released from hospital after brain aneurysm Skip to main content 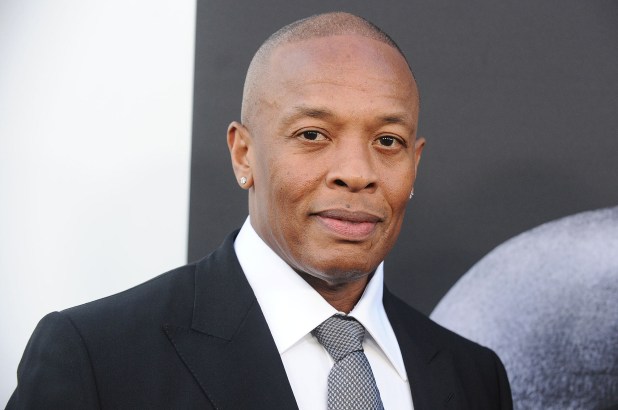 Dr. Dre has been released from hospital after suffering a brain aneurysm. Getty Images

Dr. Dre has been released from hospital after suffering a brain aneurysm earlier this month.

The music producer, 55, was discharged on Friday and will be monitored 24 hours a day by medical professionals, at his home, TMZ reports.

It has been a tumultuous few months for Dre, who has been in the midst of a bitter divorce with estranged wife Nicole Young. Last week, he agreed to pay Young $2 million in temporary spousal support.

But that’s not the only tribulation the “Let Me Ride” rapper has had to endure of late: His Los Angeles home targeted by a burglary ring while he was still recuperating in the hospital.

Police said nothing was taken after the suspects failed to break into his Brentwood abode.

On Jan. 5, Dre shared a post to Instagram announcing that he was “doing great and getting excellent care from my medical team. I will be out of the hospital and back home soon.”

Alex Rodriguez hangs out with ex-wife after J.Lo split