You have reached the cached page for https://www.highresaudio.com/en/album/view/hr8zpx/ensemble-cristofori-arthur-schoonderwoerd-beethoven-coriolan-overture-eroica
Below is a snapshot of the Web page as it appeared on 7/18/2021 (the last time our crawler visited it). This is the version of the page that was used for ranking your search results. The page may have changed since we last cached it. To see what might have changed (without the highlights), go to the current page.
You searched for: What was Beethoven's first symphony? We have highlighted matching words that appear in the page below.
Bing is not responsible for the content of this page.
Beethoven: Coriolan Overture & Eroica | HIGHRESAUDIO
English
0
Genres 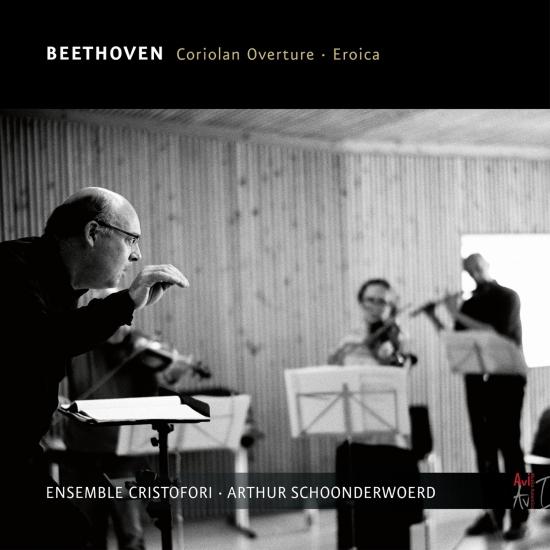 Add to Shortlist
Add to Cart

"Tempo, accentuation, phrasing, or structural architecture are not the first thing that strikes us when we listen to Arthur Schoonderwoerd's performances of Classical orchestra music for the first time. Instead, the first thing we notice is that the music sounds different. The orchestra is unusually small. We might want to judge whether this is good or not, but that will not truly help us deal with the phenomenon in itself. Apart from the winds in the usual line-up as called for in the score the string section is barely larger than a string quartet, and it is pointless to dispute whether this is preferable to a large orchestra.
Schoonderwoerd': I am likewise often reminded that great composers such as Mozart and Beethoven loved to work with large orchestras. Indeed, that is also true. But they did not often have orchestras of such size at their disposal. The Eroica Symphony was premièred in the Viennese palace of Prince Lobkowitz, in a hall for private performances not much larger than 115 square metres and 8 metres high. The usual number of musicians in that venue was twenty-four, allowing for the same number of members in the audience. There was hardly room for more.
The Mehlgrube, the Viennese venue where Mozart premièred his piano concertos, was not much larger. AS: Hence my idea: if the number of musicians was so reduced, why not feature a line-up that follows exactly what we find in Beethoven's score? It calls for one first violin, one second violin, two violas, cello, bass, and the usual winds. In contrast, when the Orchestre de Paris plays Beethoven's Eroica in the new Philharmonie de Paris with 14 first and 12 second violins, 10 violas, 8 cellos, and 6 double basses, it sounds fantastic but it is not something by Beethoven, it is already an interpretation.
Arthur Schoonderwoerd is regarded as one of the most skillful fortepianists of his generation. His interest reaches from research into the interpretation of music for piano of the 18th, 19th and 20th centuries and on the sadly forgotten repertoire of this period, towards the observation of the great diversity of keyboard instruments that developped over these three centuries.
Ensemble Cristofori
Arthur Schoonderwoerd, conductor 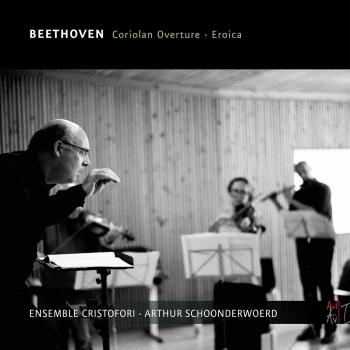 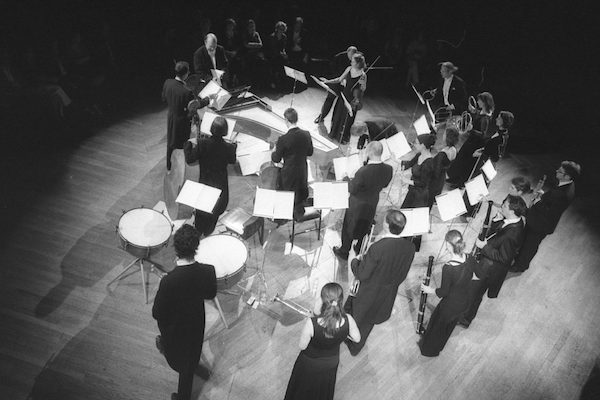 Ensemble Cristofori
is one of the world’s most innovative ensembles for classical and early romantic music. It is an international group of instrumentalists – united in Besançon, France, under the direction of the Dutch fortepianist and conductor Arthur Schoonderwoerd – for historically informed performances and recordings of Western European music from Enlightenment till the Early Romantic Era. The size and disposition of the ensemble is determined by the repertoire being performed, and ranges between a duo to a large instrumental ensemble with vocalists. Based on meticulous research and intensive rehearsal Christofori’s sensitive and colourful performances show new, revolutionary ideas about balance, improvisation, basso continuo, counterpoint and early orchestra sound.
Cristofori can look back on almost fifteen years of international concert tours, performing throughout Europe, Russia and South Africa. It has brought to life over fifty concert programs that encompass the entire spectrum of 18th and early 19th century orchestral music with and without fortepiano. The work of the ensemble is divided between a small touring ensemble of instrumental soloists, and a larger ensemble with vocalists for the performance of masses, opera and oratoriums. Cristofori inspires new generations of young performers, many of whom are trained in professional courses given by Arthur Schoonderwoerd at the Barcelona Superior Conservatory (ESMUC).
Cristofori’s highly praised discography contain the integral version of all six Beethoven piano concertos, a recording with piano concertos of Dutch composers around 1800 (Alpha Productions) and a recording with Gruber concertos (Pan Classics). Since 2011 Cristofori has start a recording project of the complete Mozart Piano concertos for the German label Accent.