You have reached the cached page for https://erinharriswriting.com/hammond-organ-songs/
Below is a snapshot of the Web page as it appeared on 1/21/2021 (the last time our crawler visited it). This is the version of the page that was used for ranking your search results. The page may have changed since we last cached it. To see what might have changed (without the highlights), go to the current page.
You searched for: What music genre is the hammond organ? We have highlighted matching words that appear in the page below.
Bing is not responsible for the content of this page.
15 Hammond Organ Songs That Are Spectacular If You Like the Hammond Organ and Songs 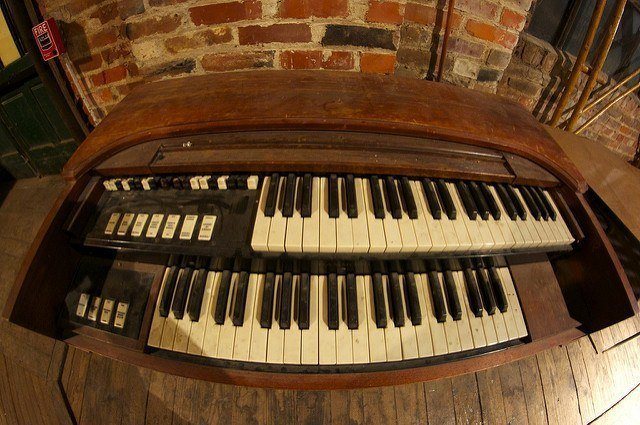 Of course, the Hammond organ goes back to about 1934, over 30 years before A Whiter Shade of Pale.

Here are some of my favorite Hammond organ songs that span the decades.

The 60s were like the height of Hammond use, and this song is iconic.

I’m eternally grateful to my friend Becky for telling me about this song during a Hammond discussion. Another gorgeous one, where the organ trembles like a broken heart.

Booker T’s famous for his Hammond playing, and this jam bares his talents as much as his entire catalog of good-vibe tunes.

Booker T is said to have written the classic organ line for Green Onions when he was 17.

It’s also fun to watch this live version from 1967 because it’s always cool to see how bands play together, and everything from the cameras to the stage to the eyeglasses is a fascinating piece of history.

In this Booker T paragon, both the organ and the guitar are kind of sour in a delicious, funky way like a fine pickle.

This is the B-side to Toussaint’s Nothing Takes the Place of You, and it’s good too:

The Charlatans are known for Rob Collins’ Hammond for good reason.

All my life, anytime I’ve heard the opening bassline of this song, I’ve lost my mind with joy. What I love is the bass, the “ahhhh,” the vocals… and the organ is groovy too.

Between Richard Wright’s Hammond and the tenor sax, Us and Them is easily one of my favorite songs of all time.

It’s almost like working a Hammond organ into a song guarantees Classic status.

Milt Buckner is known for popularizing the Hammond in the 50s. This one reminds me of Fever and so many slinky tunes from that era.

Very fun 60s-style garage-rock tune right here. The Prisoners were central to British psych in the 80s and 90s.

“Where’d you get your information from, huh?”

↑ Immortal words from this song. I find myself asking them more and more.

But seriously, that Hammond, right?

This super fun, catchy tune even includes a Hammond solo.

Here are a few of my favorite non-Hammond organ songs.

The Mellotron in Kites is just one part of what makes it completely weird and magnificent.

One Sunday in Athens, someone across the street from where I was staying kept playing the same record over and over of an incredible gospel song from the 70s. Every time it ended my heart would sink, and every time it started again, the entire neighborhood would breathe a sigh of relief. It piqued a deep resonance in our souls, but I couldn’t place it. I kept trying to Shazam it from the balcony, but there was too much noise on the street. I Googled the lyrics, but sadly never found the song. What came out of my search, however, was a suggestion that I listen to this Moog masterpiece.

Here’s a Spotify playlist of Hammond organ songs, created by The Guardian.

Listen to all the songs in this post on my Hammond organ playlist!

I'm a copywriter who writes persuasive content to get my clients more leads and more sales. Here on my blog I write about how to craft content to attract customers. Cuz I like to keep things in one place, this is also where you can spy my stories on travel, food, music, and natural health. Whatever my topic, my tactic is to kill boring, excite senses, and woo with words.

Today’s an Amazing Day for Music

5 Musicians Who Rock As Actors

Allah-Las Turned It on at Turner Hall

My Stuff on Other Sites