You have reached the cached page for https://a-z-animals.com/animals/anteater/
Below is a snapshot of the Web page as it appeared on 5/7/2021 (the last time our crawler visited it). This is the version of the page that was used for ranking your search results. The page may have changed since we last cached it. To see what might have changed (without the highlights), go to the current page.
You searched for: What is the habitat of a giant anteater? We have highlighted matching words that appear in the page below.
Bing is not responsible for the content of this page.
Anteater Animal Facts | Myrmecophaga Tridactyla | AZ Animals

Found throughout the Southern Hemisphere!

Click through all of our Anteater images in the gallery. 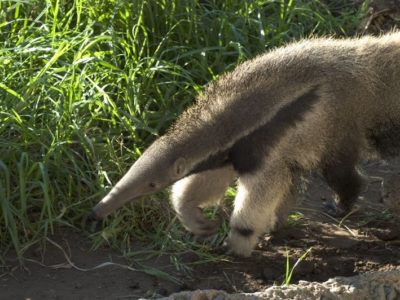 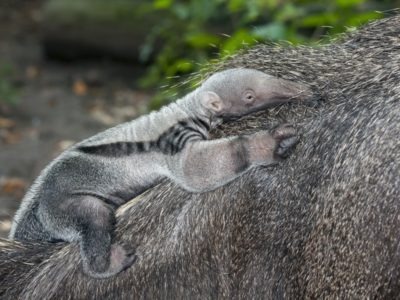 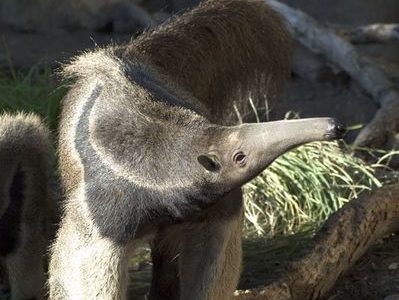 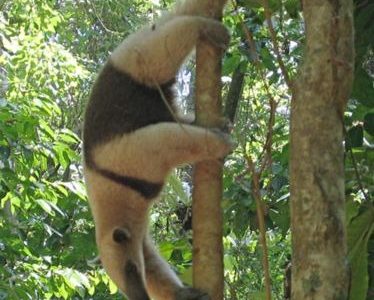 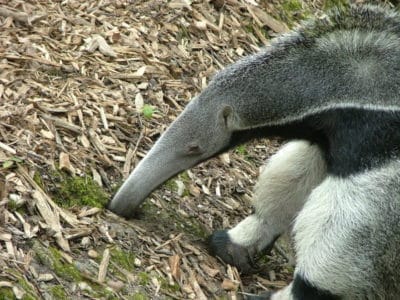 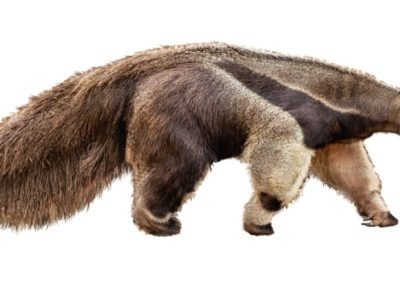 View all of the Anteater images!

Anteater refers to several medium-sized insect-eating mammals found in the Southern Hemisphere. Anteaters are edentate animals, meaning they have no teeth. However, they use their long tongues to eat the insects that comprise the bulk of their diet. Giant anteaters, the most well-known of the four species, can consume as much as 35,000 ants or termites in a single day. Most zoologists will tell you, “Don’t mess with an anteater because it really, really doesn’t want to be friends”

The giant anteater’s scientific name is Myrmecophaga tridactyla, which is Greek in origin and means three-fingered anteater. This is the animal that most people think of when referring to anteaters. Other anteaters are southern tamanduas (Tamandua tetradactyla), northern tamanduas (Tamandua mexicana) and silky anteaters (Cyclopes didactylus), the smallest animal in this classification. Tamandua means anteater in the native language Tupi and in Brazilian Portuguese. Tetradactyla is Greek for four claws. Cyclopes, also from the Greek, means squirrel, while didactylus means two-toed.

Of the four anteater species, the giant anteater is the largest, usually measuring five to eight feet long from nose to tail, weighing up to 140 pounds. It has a long nose and a narrow head with small eyes and round ears. Giant anteaters have coarse grey or brown hair with a white-and-black stripe running the length of its body. The bushy tail is two to three feet long.

Giant anteaters are animals with long front claws, which they curl under to walk. They use their powerful legs and claws to ward off larger animals and can become aggressive when cornered, rearing up on their hind legs, using their tails for balance. They are generally asocial, avoiding other animals, including other anteaters, only coming together to mate.

These animals have poor vision, so they use their keen sense of smell, which is 40 times more powerful than humans, to find food. Giant anteaters have tongues that can reach two feet, beginning at their breastbones. Backward-facing spiny projections cover their tongues, which, combined with their sticky saliva, helps collect bugs.

Northern Tamanduas are much smaller than giant anteaters, their body length ranging from 1.5 feet to 2.5 feet, with tails measuring 1.3 feet to 2.2 feet. These anteaters are fawn to brownish in color with a distinct, black “V” running down their backs. These anteaters are active both in the day or night, usually for about eight-hour stretches and spend about half of their time in trees, many of which are hollow.

Southern tamanduas, also known as collared anteaters, range from 1.7 feet to 2.9 feet, with tails measuring 1.3 feet to 1.9 feet. Some have strong black markings on a body that is blond, tan or brown. The underside and the end of the tail are hairless and somewhat scaly. They are primarily nocturnal but are occasionally active during the day. Collared anteaters spend much of their time foraging arboreally as they are somewhat clumsy on the ground. When threatened in a tree, this anteater may grasp a branch with its hind feet and tail, using its powerful forearms for self-defense.

Tamanduas are sometimes called the “stinkers of the forest” because of their ability to detonate a skunk-like stink bomb from a gland under its tail when it is threatened.

Silky anteaters are, by far, the smallest of the species, weighing less than a pound. They are nocturnal creatures, living high up in trees, rarely descending to the ground. These animals almost look like little creampuffs because of their silky fur that resembles the seed pods of the Ceiba trees where they primarily live. They are difficult to find in the wild, so little is known about their social habits.

The giant anteater is an animal that lives in the grasslands, forests, jungles and lower mountain regions of Central and South America. To thrive, they require large grassy areas that are abundant in ants along with patches of forest.

Northern tamanduas live in rainforests, plantations, gallery forest and arid savannahs. They often live beside streams and trees with abundant amounts of vines, which often house ant and termite nests. When not active, they rest in hollow trees or burrows of other animals. In Panama, northern tamanduas often swim between islands.

Southern tamanduas live in South America, ranging from Venezuela and Trinidad southward to northern Argentina, southern Brazil and Uruguay at elevations up to 6,500 feet. These anteaters also commonly live near streams and rivers.

Giant anteater population numbers are declining primarily due to habitat loss and over-hunting by humans. Reports indicate that about 5,000 to 10,000 individuals are left in the wild. According to IUCN, the tamanduas and silky anteaters are relatively widespread, but no population estimates are available.

All types of anteaters use their sharp claws to tear into anthills and insect nests. They eat quickly, flicking their long tongues up to 150 times per minute. Most giant anteaters and tamanduas feed on anthills or termite mounds in less than 40 seconds. These quick meals have a two-fold purpose. For one, they leave some of the insects in their nests to repopulate so that they have a continual source of food. Secondly, they avoid painful stings from ants when the insects begin to realize the danger to their nests. Silky anteaters consume insects found in the tops of trees. Southern tamanduas avoid eating army ants and leaf-eating ants as these species have strong chemical defenses. They also eat honey and bees.

The International Union for Conservation of Nature (IUCN) Red List officially classifies giant anteaters as vulnerable, as they are the most threatened mammals in Central America and are extinct in Guatemala, El Salvador and Uruguay. The loss of their grassland habitats is a major threat as sugar cane growers regularly burn their fields, ultimately affecting anteater habitats. Some humans hunt them for food, while others kill them simply because they consider anteaters to be pests. In the Brazilian Cerrado Biome, many are killed by road traffic. Cougars and jaguars are their natural predators.

The Iberá Project has rescued more than 10 orphaned anteaters and reintroduced them to the wild in Argentina. Conservationists are collecting data in the Cerrado Biome to determine how roadways affect these animals in the hope that new protections will be enacted.

Northern tamanduas are not considered threatened. Their natural predators include jaguars, large snakes, and eagles. Harpy eagles, eagle-hawks and spectacled owls prey on silky anteaters. The conservation status of tamanduas and silky anteaters is listed as least concern.

Female anteaters give birth standing up. Babies immediately climb onto their mothers’ backs and have a full coat of hair and adult-like markings. They spend much of their nursing period on their mothers’ backs to remain safe from predators, remaining there until they are about half the size of their mothers. They can spend up to two years with their mother and usually become independent when the female becomes pregnant again. Male anteaters hide their testicles inside their body; little is known about their breeding habits, but they can breed as often as every nine months. Anteaters reach sexual maturity between 2.5 and 4 years. Their lifespan is 14 years in the wild and as much as 26 years in captivity.

Tamandua females are polyestrous, meaning they will come into heat multiple times during the mating season if they don’t become impregnated. Mating normally occurs in the fall, with birth in the spring. These babies also cling to their mothers’ backs, but the female will sometimes place a baby on a safe branch while she forages. Their maximum lifespan is approximately 9 years.

Silky anteater females place their young in a nest of dry leaves inside a tree trunk. Both parents raise the young, with the male sometimes carrying the baby on its back. Parents feed their offspring by regurgitating semi-digested insects. These animals have an average lifespan of 2.3 years.

Anteaters in the Zoo

About 90 giant anteaters live in zoos around the world. Breeding occurs year-round in captivity, although births are rare. The San Diego Zoo is one of the few facilities that have anteaters. The first anteaters came from Paraguay in 1937, and the first birth at the zoo occurred in 1980. Their diets may be different, too, with anteaters in captivity getting a specially manufactured high protein diet along with fruit and meat in addition to insects.

Both the San Diego Zoo and Denver Zoo often keep their anteaters off exhibit, using them primarily as animal ambassadors, meaning they are only displayed for special events or outreach programs.

View all 68 animals that start with A

Depending on where they live, anteater species are preyed upon by cougars, jaguars, large snakes, owls, hawks and eagles.

Does an anteater eat ants?

Of course, they do, but they don’t eat all types of ants. They will often avoid ant species with particularly strong chemical signals.

They aren’t friendly as they prefer to live a solitary lifestyle, often away from other anteaters. They can even be indifferent to mating.

What is the difference between an anteater and an aardvark?

Although they have similar characteristics, such as their insect diet and the absence of spiny and few scaly areas on their skin, they are quite different. An ocean separates them with anteaters living in Central and South America and aardvarks living in Africa. They also have different taxonomic classifications. Aardvarks are members of the Tubulidentata order, while anteaters are members of the Xenarthra order. Anteaters do not have teeth, while aardvarks do.

Are Anteaters herbivores, carnivores, or omnivores?

Anteaters are Omnivores, meaning they eat both plants and other animals.

What Kingdom do Anteaters belong to?

Anteaters belong to the Kingdom Animalia.

What phylum do Anteaters belong to?

Anteaters belong to the phylum Chordata.

What class do Anteaters belong to?

Anteaters belong to the class Mammalia.

What family do Anteaters belong to?

Anteaters belong to the family Myrmecophagidae.

What order do Anteaters belong to?

Anteaters belong to the order Xenarthra.

What genus do Anteaters belong to?

Anteaters belong to the genus Tamandua.

What type of covering do Anteaters have?

Anteaters are covered in Fur.

In what type of habitat do Anteaters live?

Anteaters live in forests and grasslands.

What is the main prey for Anteaters?

What are some distinguishing features of Anteaters?

How many babies do Anteaters have?

The average number of babies an Anteater has is 1.

What is an interesting fact about Anteaters?

Anteaters are found throughout the Southern Hemisphere!

What is the scientific name for the Anteater?

The scientific name for the Anteater is Myrmecophaga Tridactyla.

What is the lifespan of an Anteater?

Anteaters can live for 9 to 20 years.

What is the lifespan of an Anteater?

Anteaters can live for 9 to 20 years.

How fast is an Anteater?

An Anteater can travel at speeds of up to 18 miles per hour. 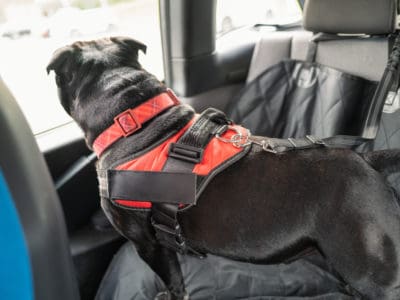 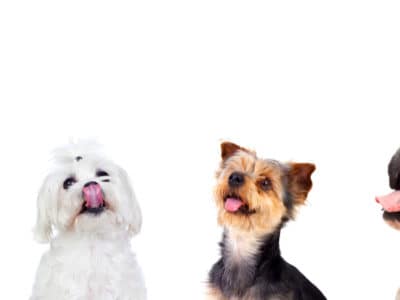 The Top 10 Happiest Dogs in the World 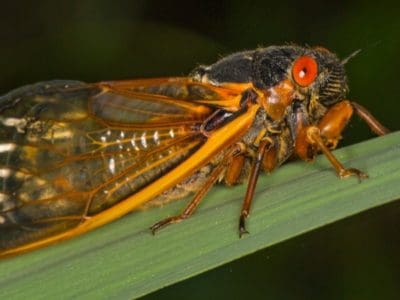 Why Do Cicadas Only Come Out Every 17 Years? 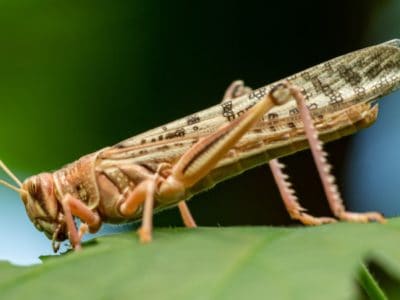 Cicadas vs Locusts: What’s The Difference? 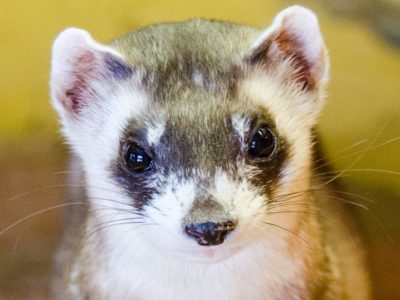 Black footed ferrets are the only ones native to North America. 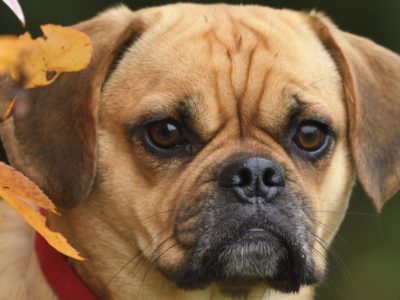 These dogs are active and are often patient around children.

Highly energetic and eager for adventure!

The Top 10 Happiest Dogs in the World

Learn more about us & read our affiliate disclosure.