You have reached the cached page for https://casualtravelist.com/travel-tips-washington-dc/
Below is a snapshot of the Web page as it appeared on 1/18/2021 (the last time our crawler visited it). This is the version of the page that was used for ranking your search results. The page may have changed since we last cached it. To see what might have changed (without the highlights), go to the current page.
You searched for: What is the best way to visit Washington DC? We have highlighted matching words that appear in the page below.
Bing is not responsible for the content of this page.
25 Tips for your First Trip to Washington DC - Casual Travelist

Once known best for monuments and museums, the White House and the Capitol; Washington DC has shed it’s formerly buttoned up reputation to become one of the most dynamic cities in the United States.  A visit to the American capital today finds eclectic neighborhoods, an ever-changing roster of cultural events and one of the most exciting food scenes in the world. With so much to see, do and eat planning to travel to Washington DC can be a little daunting, but armed with these tips you can make your first trip to Washington DC one to remember.

How to Travel to Washington DC

If you prefer to arrive by train Amtrak offers hourly service for the Northeast from New York City (between Penn Station in NYC and Union Station in Washington DC), the ride is about 3 hours one way. Purchase your train tickets in advance for best prices.

Getting around Washington DC

3. Washington DC has an excellent public transportation system including the Metro and bus system that are popular with both locals and tourists. The Metro consists of six color coded lines (Yellow, Blue, Silver, Green, Orange and Red) that connect with each other at transfer stations and service Washington DC as well as suburban Virginia and Maryland.

5. The routes of the Circulator bus system connects many of Washington’s most popular tourist destinations and neighborhoods and at just $1 per ride( or $3 for a day pass) its one of the most affordable ways to get around the city.

When to Visit Washington DC

6. Spring and fall offer the most pleasant temperatures, but along with great weather comes more crowds and higher hotel room prices. Summers are hot and muggy and winter weather can range from mild to blizzard (often in the same week) but hotels are much more affordable.

7. While  a trip to Washington DC is great any time of year, it is particularly magical in the springtime when the cherry blossoms bloom in a burst of pinks and whites highlighting the beauty of the American capital. The timing of peak bloom varies wildly each yea making it difficult to plan a trip if you’re traveling from afar. While the average date for the peak bloom is April 4 it has happened as early as March 15 and as late as April 18. The National Park Service (NPS) is able to predict the peak bloom about 10 days before hand and provides up-to-date information on its website. The NPS also provides an annual Cherry Blossom Festival map to help you plan your trip as well as a calendar of cultural events including the National Cherry Blossom Festival Opening Ceremony and the Blossom Kite Festival. Check out more tips for enjoying the cherry blossoms in Washington DC.

Where to Stay in Washington DC

8. Hotels in Washington DC by Neighborhood

Penn Quarter – Penn Quarter is a great area to stay in for it’s proximity to the National Mall, CityCenterDC, the Walter E. Washington Convention Center, Capital One Arena and Chinatown. Penn Quarter also has an amazing array of dining options for every budget.

The Fairfax at Embassy Row

With great Metro access to Washington DC hotels in Arlington and Alexandria, Virginia are often a fraction of the price of those access the Potomac River. Arlington tends to be more business oriented while Alexandria has a very charming downtown and makes a great weekend getaway in it’s own right.

10. Free Museums and Attractions– The Air & Space Museum, the Museum of Natural History, the Museum of the American Indian and the Museum of African American History; not only are these some of the best museums in the world but as part of the Smithsonian all of these museums offer free admission. (Be prepared for airport style security checks that include metal detectors and bag checks at many of the city’s museums and federal buildings). Other free museums include the National Gallery of Art, US Botanic Garden,  United States Holocaust Memorial Museum, Hirshorn Museum and Sculpture Garden, National Museum of African Art, Smithsonian Castle, US Bureau of Engraving and Printing, National Archives and the Renwick Gallery

11. Museum that require advances tickets – While the Smithsonian museums are free to enter some of them do require advanced tickets. Make sure to get tickets ahead of time for the National Museum of African American History and Culture, the US Bureau of Engraving and Printing and the United States Holocaust Memorial Museum.

12. Paid Admission Museums– With the number of free museums in Washington DC it can be tempting to skip the ones you have to pay for but these museums are well worth the price of admission. Featuring interactive spy experiences and the largest collection of espionage artifacts in the world the International Spy Museum is a must stop for any 007 fan. The Newseum aims to teach the public about the importance of the First Amendment and a free press. The National Building Museum explores the role of architecture in our society and often features large scale interactive exhibitions each summer.

13. At nearly two miles from the Capitol steps to the Lincoln Memorial the National Mall is a lot longer than many people think. Lace up your shoes and enjoy strolling among the monuments (the WW2 Memorial is especially moving) or if limited mobility is a concern try one of the many National Mall bus tours.

14. Spend a morning at the National Zoo with the famed pandas while they snack on bamboo or watch the sleek cheetahs sprint through their savannah inspired exhibit. As part of the Smithsonian admission to the National Zoo is free.

15. Interested in touring the White House during your visit to Washington DC? Be sure to plan ahead as far in advance as possible, lead times can vary from 3 weeks to 6 months. White House tours can be arranged by contacting your congressional office, further details can be found at White House website.

16.  The US. Capitol Building is the seat of American Democracy and one of the most recognizable buildings in the United States. While you can get same day tickets its highly recommended to book tickets in advance. The standard guided tour does not include the Senate and House floors; contact your congressman to get passes to view the Congress and Senate galleries when in session.

17.  The final resting place of John F. Kennedy Jr., countless servicemen and women and home to the Tomb of the Unknown Soldier; a visit to Arlington National Cemetery is a solemn and profoundly moving experience.

18. Don’t miss a visit to the Library of Congress, home to the world’s largest collection of books. The Thomas Jefferson Room is a visually stunning Beaux Arts confection of frescoes and sculptures celebrating Western Civilization’s most influential thinkers.

19. Take a free tour of the John F. Kennedy Center for the Performing Arts. Take the free shuttle from the Foggy Bottom Metro station (shuttles depart every 15 minutes starting at 9:45 am M-F, 10 am on Saturday and noon on Sundays). Guided tours start every 10 minutes and feature an interactive exhibit on the life of President John F. Kennedy and fantastic city views from the rooftop terrace.

20.Context Travel offers in-depth tours led by local historians and scholars. Learn about the history behind the monuments at the National Mall or explore the National Portrait Gallery with a PhD level art historian.

21. Cross the Potomac to visit George Washington’s home at Mount Vernon then explore the independent boutiques and restaurants that line the cobblestone streets of Alexandria. Check out my recommendations for other things to do in Alexandria.

22. In recent years Washington DC has become a culinary destination in its own right and from casual to fine dining there is no shortage of great places to eat. While I’ve got my own favorites DC’s culinary scene is always changing, here you can find a few of my favorite places to eat in Washington DC and I’m always following the recommendations from this guide on where to eat in DC as well as from my Washington DC based friend Jessica at the Dining Traveler.

23. Some of DC’s most unique dining experiences can be found at the cafes located within the Smithsonian musuems. A museum cafe you say? Here me out. At the National Museum of the American Indian Mitsitam Cafe features cuisine indigenous to the Americas with menu items ranging from wild salmon and forage mushrooms to bison chili and fry bread.After you’re done exploring the National Museum of African-American History and Culture be sure to get lunch at   Sweet Home Cafe. Helmed by Chef Jerome Grant and Chef Ambassador Carla Hall the cafe features regional African American classics like pan-fried Louisiana catfish po’boy and duck, andouille & crawfish gumbo but be sure to save room for the praline bread pudding with bourbon caramel sauce.

25. Food tours are one of my favorite ways to explore an area in short amount of time. DC Metro Food Tours lead you through some of Washington DC’s tastiest neighborhoods allowing you to truly taste the best of Washington DC.

Planning a trip to Washington DC? Pin this post for later!

Freelance travel writer and blogger who seeks out laid back luxury. Focus on culinary, adventure and nature travel.

You may be interested in these posts from the same category.

Why You Should Make the Norwegian Encore Your Next Cruise
Next Post: Great Stirrup Cay, Bahamas-Norwegian Cruise Line’s Private Island Paradise 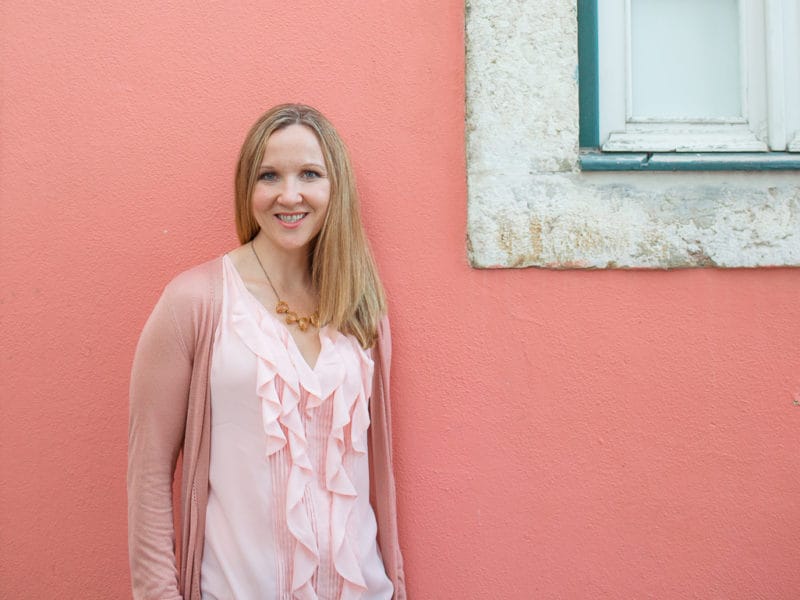 Hi there, my name is Brianna and I’d like to welcome you to the Casual Travelist. I am a travel writer and blogger balancing my love of travel with a full time career. I prefer laid back luxury where the focus is on the experience and in particular culinary, city and nature travel. This blog is dedicated to having great travel experiences and making the most of your limited time to travel.

Let's raise a glass to the weekend! There's never

It's been 10 months since I've been on a plane and

Most years in December I'm bouncing between festiv

Colonial Williamsburg is beautifully (and safely!)

Most of the leaves have fallen but the last little

Happy Thanksgiving! While the world has changed gr

Last fall I was exploring the Snake and Columbia R

Sunday morning vibes. Every time I visit the @thev