You have reached the cached page for https://titanicguest.com/what-is-belfast-famous-for/
Below is a snapshot of the Web page as it appeared on 4/12/2021 (the last time our crawler visited it). This is the version of the page that was used for ranking your search results. The page may have changed since we last cached it. To see what might have changed (without the highlights), go to the current page.
You searched for: What is Belfast famous for? We have highlighted matching words that appear in the page below.
Bing is not responsible for the content of this page.
What is Belfast Famous For? | Titanic Guest
What is Belfast Famous For?

What is Belfast Famous For?

Ask the locals and they’ll tell you Belfast is one of the best cities in the world but they’re always going to be biased, right?

So, what is Belfast really famous for?

We decided to take a look… 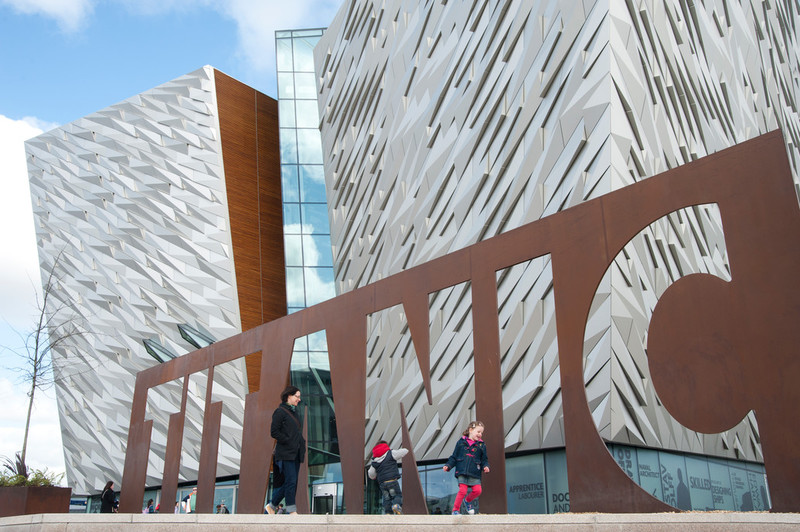 You couldn’t write about Belfast and fame without mentioning the doomed ocean liner Titanic. It isn’t possible.

The Titanic, once famous for being the largest ocean liner in the world, and then infamous for its sinking in 1912, is known worldwide thanks to the story, the legacy and, of course, the Oscar winning movie of the 1990s.

For over a century now, Belfast has been dominated by the story of Titanic. At one point, during the years it was built, the great hulk of the ship towered over the docks in east Belfast and it’s said that on the day of launch the whole city partied and celebrated. When news of the ships sinking reached home, the city mourned the tragedy more than most.

Since then Belfast and Titanic have always been connected and in 2012, one hundred years after the sinking, Titanic Belfast, an open interactive museum and homage, was opened.

There’s no denying that Belfast has had troubled times in the past. Walk down the streets of the city, drink in the bars or eat in the restaurants, and you’re bound to hear locals, in their own humorous style, hark back to days now thankfully consigned to the past.

One lasting legacy is the murals of Belfast. These murals and wall paintings, dotted throughout the city, tell the stories of various sides of Belfast and can be enjoyed alone or as part of a tour group.

“Georgie, Georgie, they call him the Belfast boy!”

Ask some of the greatest footballers who ever lived and they’ll say George Best was right up there at the top alongside Pele, Diego Maradona and Lionel Messi. Quite a feat for a poor boy from east Belfast with nothing to his name bar incredible skills, a mane of thick Beatle-cut brown hair and a twinkle in his eye.

His legacy, mostly for his exploits at Manchester United, live long in the memory of football fans worldwide and when he passed away in 2005 Belfast celebrated him with one of the largest public funerals the country has ever witnessed. 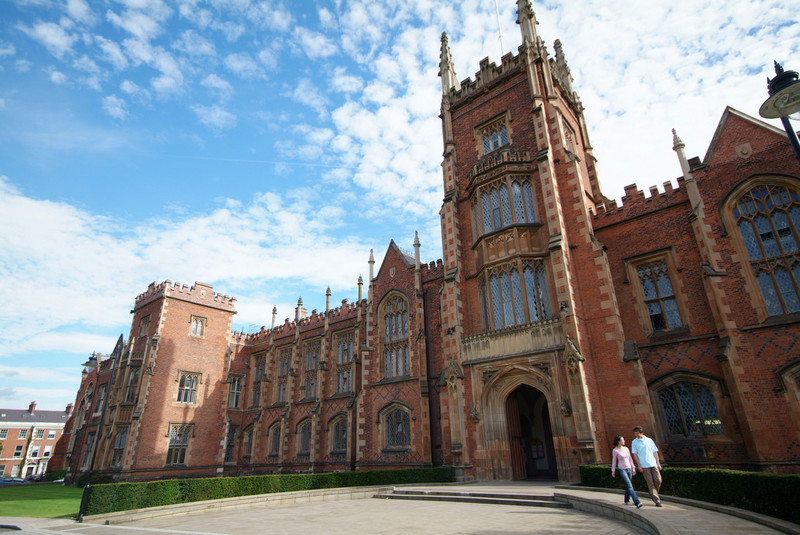 For many, Queen’s University is the first thing they think of when Belfast is mentioned.

This is largely because every year the university, which ranked as top 200 in the world and was first founded in 1845 and opened in 1849, welcomes between 20,000 and 30,000 undergrads, postgrads and masters students through their doors.

It’s also because the university dominates the Queen’s Quarter of the city and features beautiful architecture, including the famous Lanyon Building, designed by the famous architect Sir Charles Lanyon.

Belfast is steeped in musical history and heritage. Walk through certain parts of the city on any night of the year and you’re guaranteed to stumble into a pub or club with live music.

This indelible link, between Belfast and music, has lead to some incredible exports including the likes of Van Morrison, Stiff Little Fingers, David Holmes, Snow Patrol, Duke Special, The Divine Comedy and Ash. Not all come from Belfast but all honed their skills in the city before making their mark on the world.

Another interesting musical tale is that the Ulster Hall, one of Belfast’s most famous musical venues, was the scene of Led Zeppelin’s first live performance of their most famous song Stairway to Heaven!

Over the last few years Belfast, and Northern Ireland as a whole, has become famous to a whole new audience via the worldwide TV hit Game of Thrones.

When filming first started in 2010-2011 the stories of Game of Thrones were unknown to many, outside of the legion of loyal fans who followed the original books, but in the years that have passed millions have become swept up in the tales of Westeros and beyond.

The majority of interior scenes are shot in the Titanic Quarter of the city whilst countless outdoor locations have been used throughout the country, most notably the Dark Hedges near Ballymoney.

Over the last decade or so Belfast has become increasingly famous for its foodie scene and, in that respect, St George’s Market has a lot to answer for…in a very good way!

The market, which has featured a Friday market as long ago as 1604 (!), as it stands today is best known for the gorgeous Victorian building, built between 1890 and 1896, and the mix of fresh local produce, arts and crafts and live music available every Friday, Saturday and Sunday throughout the year. 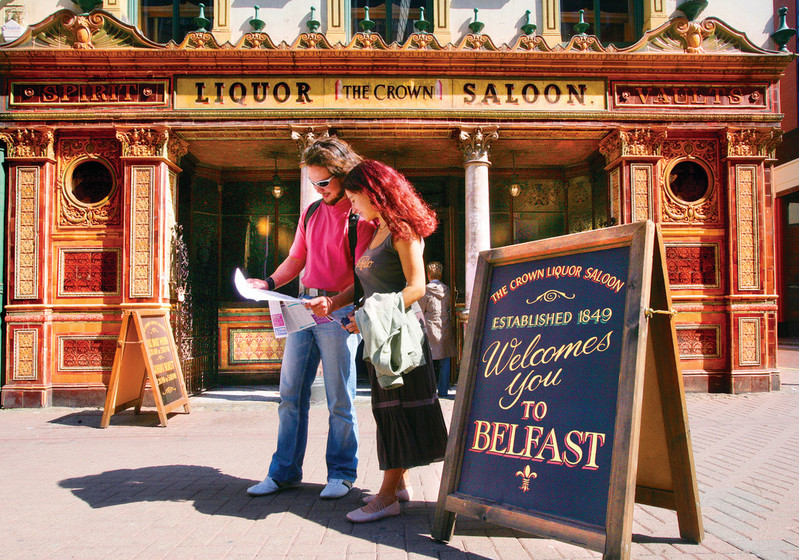 Ask the locals and they’ll all have their own favourite, “famous”, pub but the city’s most famous pub is unquestionably The Crown Bar.

Right bang in the middle of the city centre, The Crown Bar was first opened in the 1850s as The Railway Tavern and in the almost 200 years since has become famous as one of the best preserved Victorian Gin Palaces in the world.

Inside you’ll find mosaic tiled floors, a carved ceiling, fully functional gas lamps and, most famously of all, Victorian snugs with the original match-striking plates still in place!

Get down for a drink next time you’re visiting.

The people of Belfast, Northern Ireland and Ulster are fiercely proud of their provincial rugby team Ulster. The team, one of four provincial rugby union teams in all of Ireland, play their home games at the Kingspan Stadium (formerly known as the Ravenhill) tucked in amongst the leafy streets of south Belfast.

Well worth a visit during your time in the city.

This might be one of the city’s lesser known stories but, in certain circles, Belfast is famous as the birthplace of the portable defibrillator, a device that has saved thousands of lives over the last 50 years.

Frank Pantridge, originally a Lisburn native, was educated at Queen’s University Belfast, became a cardiologist and later invented the very first portable defibrillator. The device, which would eventually be used worldwide, was installed in a Belfast ambulance for the first time in 1965!

Perhaps one of Belfast’s strangest claims to fame, but American apothecary and surgeon Thomas Cantrell claimed to have invented Ginger Ale in Belfast in the 1850s.

The American partnered with local company Grattan and Company and began selling the beverage worldwide, all from Belfast! 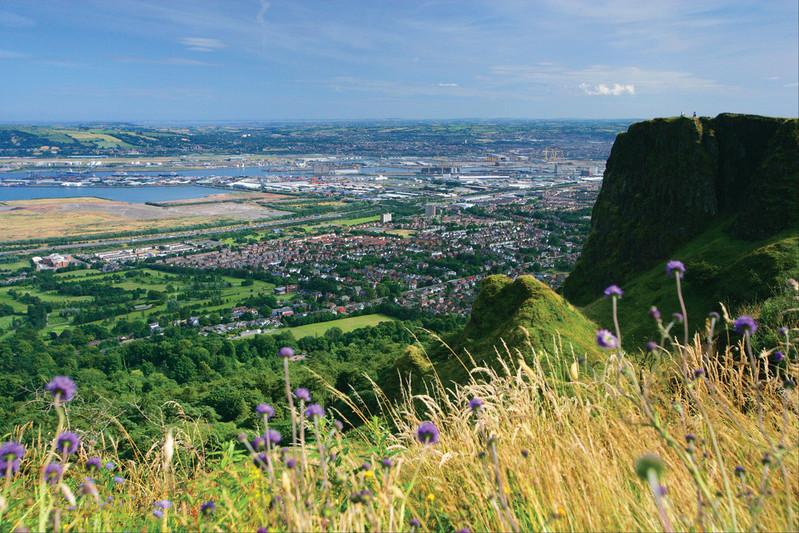 Last, but most certainly not least, Belfast is famous for its beautiful natural setting, sitting deep amongst the Black and Divis Mountains and Cavehill.

On a clear, sunny day, you’ll get incredible views from the top of the mountains and on stormy days, within the city centre, you’ll see the mountains vanish amongst clouds, mist, fog or rain.

There you have it!

We think it’s safe to say that Belfast is famous for a variety of weird and wonderful reasons. From musicians lurking around every corner, to architectural beauty, to panoramic mountain views to so much more.

If you haven’t visited before, what are you waiting for! Click here for more details.