You have reached the cached page for https://wakeup-world.com/2020/11/25/5d-shift-essential-evidence-of-a-widespread-awakening-underway/
Below is a snapshot of the Web page as it appeared on 1/18/2021 (the last time our crawler visited it). This is the version of the page that was used for ranking your search results. The page may have changed since we last cached it. To see what might have changed (without the highlights), go to the current page.
You searched for: What does morbilliform look like? We have highlighted matching words that appear in the page below.
Bing is not responsible for the content of this page.
5D Shift: Essential Evidence of a Widespread Awakening Underway | Wake Up World
Print Friendly or Save as PDF Contributing Writer for Wake Up World

Society is currently terraforming through the 4th Industrial Revolution, driven by two juxtaposed energies in the field: the progressive Ascension of Human Consciousness, and the shadowstate efforting – hook and nail – to lock it down. The Plandemonium is all about taking greater control of people’s lives and particularly financially, which is the next wave of control to come. Meanwhile the blockchainers are opening doorways of expansion and freedom not seen since the early days of the internet. Mass adoption of cryptocurrency is here, which is a powerful tool to weaken the long arm of the shadowstate. To me, overall, the dynamic signals a widespread awakening is underway…

It may look like the shadowstate is winning this war on human consciousness. But that’s only if you read the mainstream media, which by now, to anyone whose even partially awake, must have lost all credibility. The final nail in the coffin must be the Presidential Election. Which ever political party you may have supported, it’s clear, there are literally thousands of reported cases of alleged voting fraud applied in a widespread systematic way, using irregular postal ballots and questionable computer software.

The main point here is the staggering afront to democracy – how the mainstream media have called the election result BEFORE it’s decided and trying to steamroller any objection. It’s shocking. Anyone who truly values freedom of thought, speech, movement and governance must seriously question the next time they pick up a mainstream newspaper or visit a mainstream media website. It’s time we make them irrelevant by using them less – much less!

Meanwhile, the 4th Industrial Revolution rolls on (for which the election has been a key linch pin). The shadowstate in the guise of the Plandemonium is reshaping lives in the most fundamental of ways – how the masses live, work and travel. And essentially, where we might get our resources from. It’s all being done without our consultation and consent. However, it will NOT all go their way. Far from it. Plenty of people ARE turning away from the duplicitous state media. They are NOT believing the plandemonium propaganda. They are NOT taking the coolade. Waves of rebellion are growing around the world, especially in Europe. Plenty are taking back personal sovereignty and under the Common Law, challenging the authority of bogus state legislation.

The next battle has already begun and on a different front – this time financial. Shortly after the credit crunch of 2008, a mysterious “White Hat” called Satoshi Nakamoto developed Bitcoin, sitting on a distributed ledger system called the Blockchain. Bitcoin was originally used by society’s misfits and mavericks as a digital means of payment – with freedom across borders outside of the central banking system. As the banksters continually inflate their “helicopter” fiat money, thus progressively devaluing it, Bitcoin’s code limits to a total of 21 million coins, and thus has become a true store of value – what many are calling the new digital gold.

Meanwhile a raft of other cryptocurrencies sitting on the blockchain have sprung up, and indeed plenty of new ones with each passing day. To be clear, this is NOT just about digital money. They are more sophisticated and DECENTRALISED ways of connecting with people on an immediately updating system of proof. Imagine for example, in light of what has just happened, a truly honest vote leading to government that is genuinely of the people – I see a revolution on the horizon where the billionaires manipulating the main stream media to get elected are relegated to the back seats. The veils will fall when people realise that together, they have enormous power. Especially with decentralised systems like the Blockchain.

Right now, we are on the cusp of a wave of mass adoption of cryptocurrency. I wonder how many out there are seeing the enormous significance of this? Certainly the shadowstate and the central bankers who are scrabbling to catch up. They’re literally falling over themselves to create new Central Bank Digital Currencies (CDBCs), which to be clear, will be very different indeed from true cryptocurrency. How so? The 4th Industrial Revolution is the shadowstates answer to the mass awakening of human consciousness – lock down people into a synthetic high tech reality, dumbed down by mass induced DNA subjugation, through continual rounds of vaccine. Block out the light of the soul and people become readily programmable. I believe the next part of the plan is to allow the old banking system to wither and perish under the humungous debt mountain, and then bail people out with a CDBC issued directly to your phone app, but crucially, with all manner of prying eyes and strings attached. Like the digital health passport for example. Big brother meets Big nanny!

The Role of Cryptocurrency in the Unravelling 5D Ascension Shift

Rise of the Misfits and Mavericks

For every person that dares to venture into the world of crypto on the blockchain, there is an escape from this control, an expression of freedom and increased financial independence – a shaft of light through the darkness. I fore warn you though, it’s quite a minefield out there to navigate in these early days. First if you’re to venture into true cryptocurrency you’ll need to understand how your wallet keys to the blockchain work, and how to carefully send via encrypted addresses. New services are emerging daily that make it more easy without the need to fully understand the technology. Paypal for example has just started selling 4 types of crypto to its millions of American customers (and set to be rolled out around the world), which has rocketed hugely in just the first two weeks. To be clear, this is NOT the true essence of crypto – you don’t own the private keys and you can’t take it from their system. Nevertheless, in buying and storing it, there is a means by which to benefit from its escalating value. 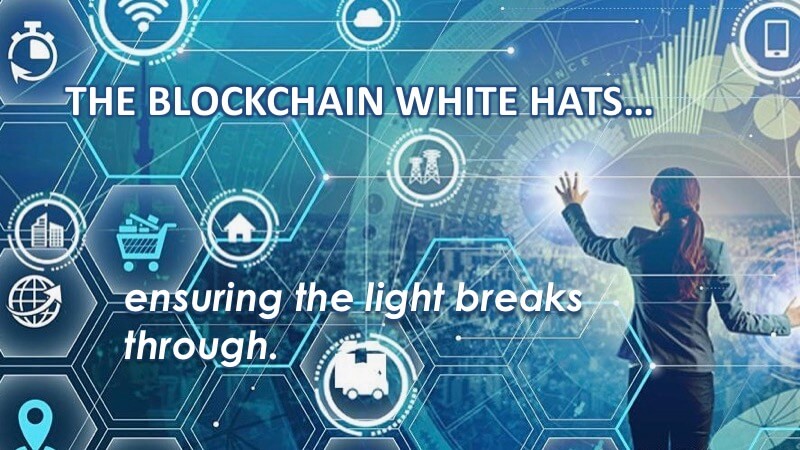 Please Note: there is a strong upward trend for crypto heading into and through 2021. However, anyone whose been in the development since the early days will tell you, that although the progressive trend is upwards, crypto is very volatile. Plus since the technology is new, some coins will succeed and others fail. Bitcoin itself, for example, will become very exposed and vulnerable to quantum computing some way down the line, whereas later generation cryptos such as ethereum can possibly thrive much better.

What’s abundantly clear is that the early stages of widespread adoption of cryptocurrency is here, is now. And crucially, it’s AHEAD of widespread adoption of Central Bank Digital Currencies. This is highly significant. For those looking out into the world and seeing the darkness of the lockdowns, it’s clear to me at least, that this mass crypto adoption is signalling a widespread dawning of consciousness: I believe it demonstrates a willingness towards personal sovereignty in the form of a higher degree of financial freedom.

I do understand plenty will not have reserve funds to invest in crypto at this current time. No worries. Each will have their pathway forwards through this terraforming shift. Some will go off grid entirely, others will blend with the system as ghosts in the machine. CDBCs can still be used. But just as mobile phones and internet browsers allow in the prying big brother eye, we’ll need to be careful how we use them, and ideally not owned by the system in how we live and work.

We’re going to need to be increasingly light of foot in this terraforming society. We’ll need to be flexible, innovative and readily open to change, which in itself, is the very nature of the soul. These will be the very wings to keep us aloft as we move into a new 3D/5D hybrid state.

Discover how to become an Independent Spiritual Facilitator in the Shift

5D Shift of Consciousness – Shafts of Light Breaking Through

Let’s beware the doomers and gloomers out there – including those in the spiritual mainstream who’ve gotten too attached to the surface drama. It’s not all dark! The light is breaking through in the energy field underneath and churning up the swamp – which to me, the widespread adoption of cryptocurrency indicates. This is happening at the same time as growing waves of people around the world are challenging the pandemic narrative.

I do believe the controllers are beginning to lose control.

Of course the mainstream media will sureptitiously try to program you otherwise. Don’t let it. Feel into the energy field and trust in its movement. We are far from out of the woods yet, but shafts of light are shining through. One of them is shining your own path forwards for you. Realise the truth of your soul. Let it illuminate and inform each step forwards.

These are vibrant and exciting times to be alive. As I expected right at the beginning of all this, the plandemonium by the shadowstate would backfire and instead catalyse a widespread awakening. I can feel the early signs of this like the sparks of a fire, growing and taking ahold. The next great shift of consciousness for humanity is towards sovereignty of soul. It’s expressed in every single step and choice we make. Right now, a growing wave is voting for that freedom and independence of expression. To me, widespread adoption of Blockchain technology, and uprisings against lockdown, indicate a revolution in consciousness is upon us.

Take Back Your Sovereignty and Freedom with Openhand’s: 5D Ascension Program

Originally published at www.openhandweb.org and reproduced here with permission. Openhand is a unique approach to spiritual evolution: integrating enlightened wisdom of spiritual masters through the ages, it is a way of tapping into the Benevolent Guiding Consciousness of the Universe and aligning with it in your life. It helps you unveil your True Self, remove karmic blockages and unfold your Divine Destiny. It leads to authentic, resilient and truly successful living.

Did you find this article helpful?

If so, please consider a donation to help the evolution of Wake Up World and show your support for alternative media.

Your generosity is greatly appreciated. Support the Evolution of Wake Up World with a Donation Wake Up World on Social Media