You have reached the cached page for https://www.apartmentguide.com/blog/towns-near-san-diego-where-you-should-live/
Below is a snapshot of the Web page as it appeared on 2/26/2021 (the last time our crawler visited it). This is the version of the page that was used for ranking your search results. The page may have changed since we last cached it. To see what might have changed (without the highlights), go to the current page.
You searched for: What are the best places to live in San Diego? We have highlighted matching words that appear in the page below.
Bing is not responsible for the content of this page.
10 Towns Near San Diego Where You Should Live | ApartmentGuide.com
Home  > Apartment Communities  > 10 Towns Near San Diego Where You Should Live
Apartment Communities / San Diego

10 Towns Near San Diego Where You Should Live 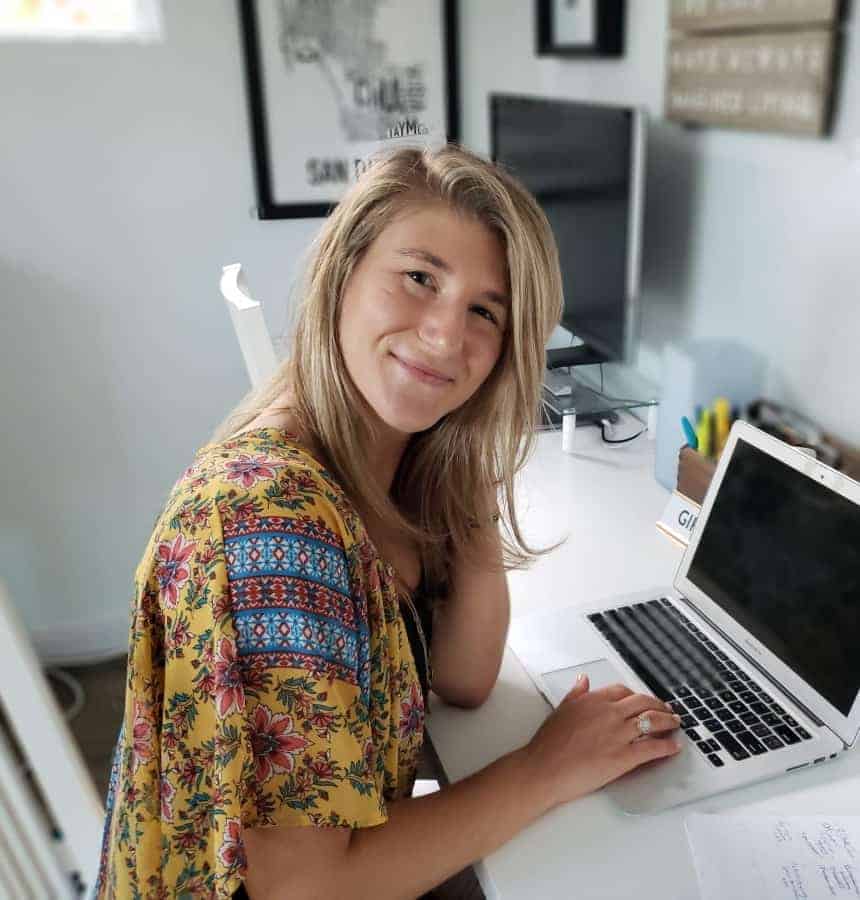 San Diego truly is America's Finest City. Sitting on the ocean, with year-long sunshine and beautiful weather, a rich culture and plenty to do, it lives up to its nickname. However, the already populated area continues to grow, as more people flock to the beautiful coast.

According to recent reports, San Diego experienced the eighth largest population growth in the country between 2017 to 2018, with 11,549 new residents. What's more, the cost of living continues to rise, making it challenging for some to build a life in this beautiful city.

If you're looking to escape the crowds or costs, consider these 10 alternative towns near San Diego. While some are just minutes outside downtown, you'll feel worlds away. 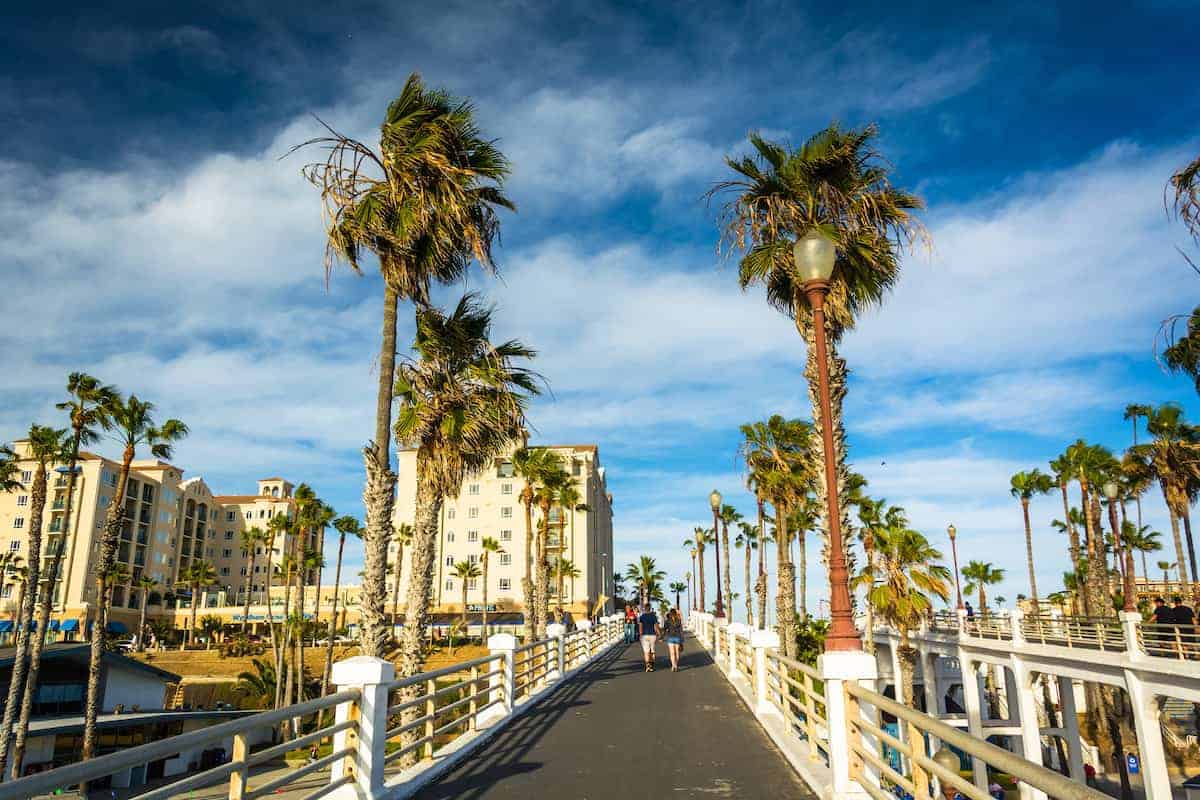 Oceanside is one of the most affordable beach towns in San Diego. It's also the most northern coastal town in the county before hitting Orange County. The city of Oceanside has grown and evolved significantly in the past decade. The downtown area has exploded with small local businesses, restaurants and breweries. With that revitalization, people and families of all ages have made their home in this area.

Famous tourist attractions in Oceanside include the Mission San Luis Rey, and the Oceanside Pier (which you might recognize from a scene in the movie "Bring It On"). While traffic going South on workdays is challenging, Oceanside provides easy access to the Coaster commuter rail, which offers service to downtown. 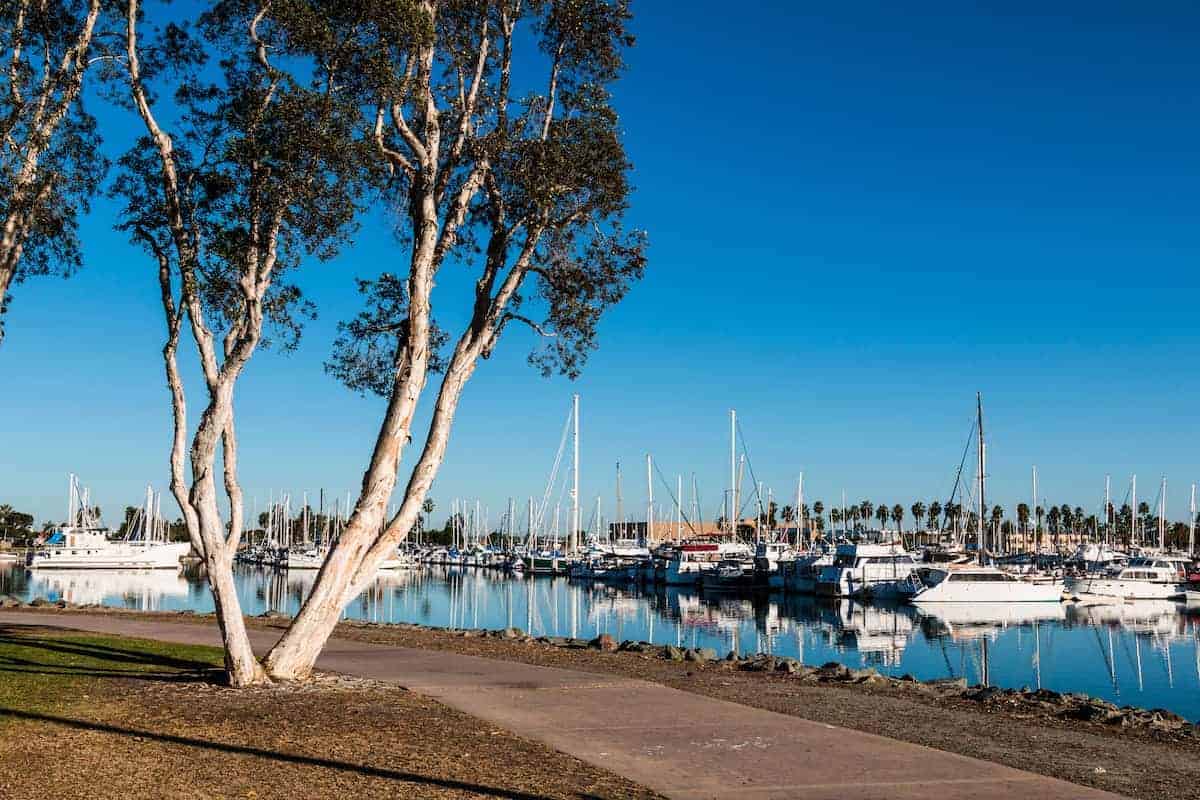 Chula Vista is just south of downtown and National City. This southern coastal town is only seven miles from the U.S.-Mexico border and has increased in popularity in recent years.

You'll find shopping and restaurants in Third Avenue Village along with many beautiful parks and green spaces that are easily accessible. Plus, the Bayshore bike path, which offers 24 miles of scenery, is perfect for spending time outside as a family. 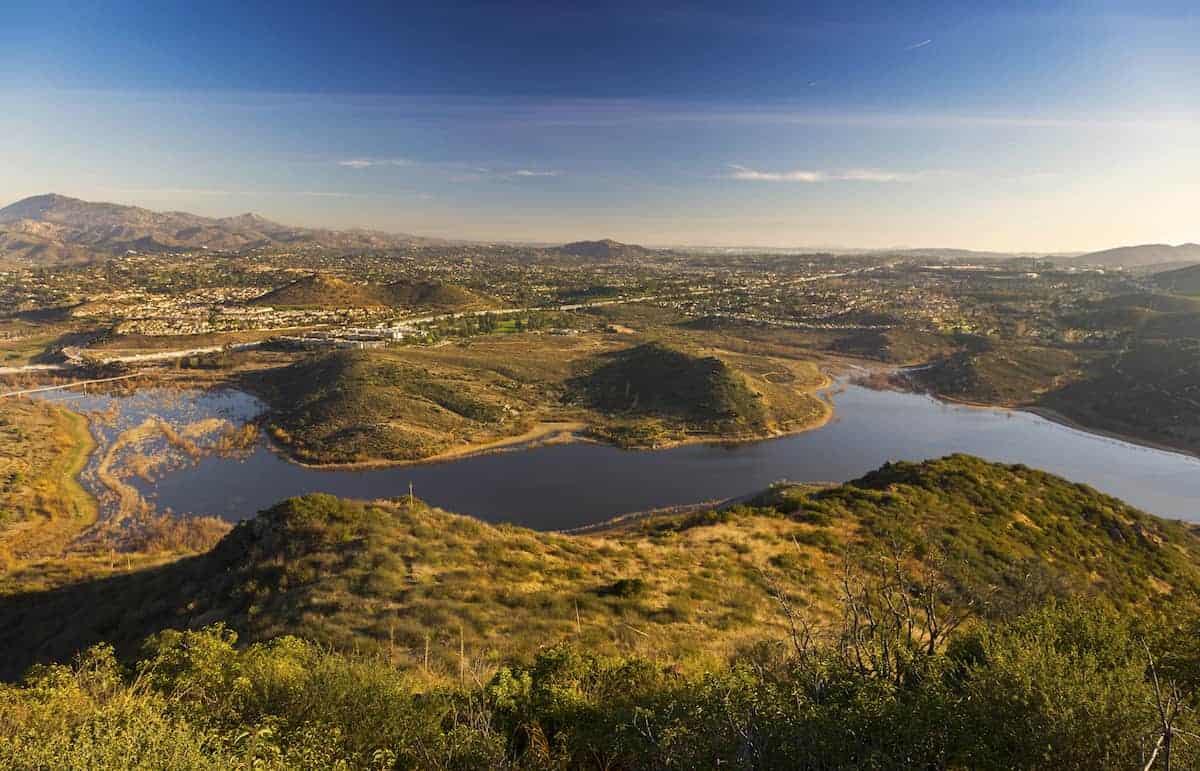 Escondido is a northeastern suburb of San Diego where you'll find that you get more bang for your buck. Compared to other towns, Escondido has lower rents and more open space. The city is also large, with many homes and apartments sitting on more land than other towns in the county.

With that extra space does come distance and Escondido does feel further away than other surrounding towns. However, there are several local attractions to keep you busy, including San Diego Zoo Safari Park, California Center of the Arts and the Stone Brewing World Bistro and Gardens. 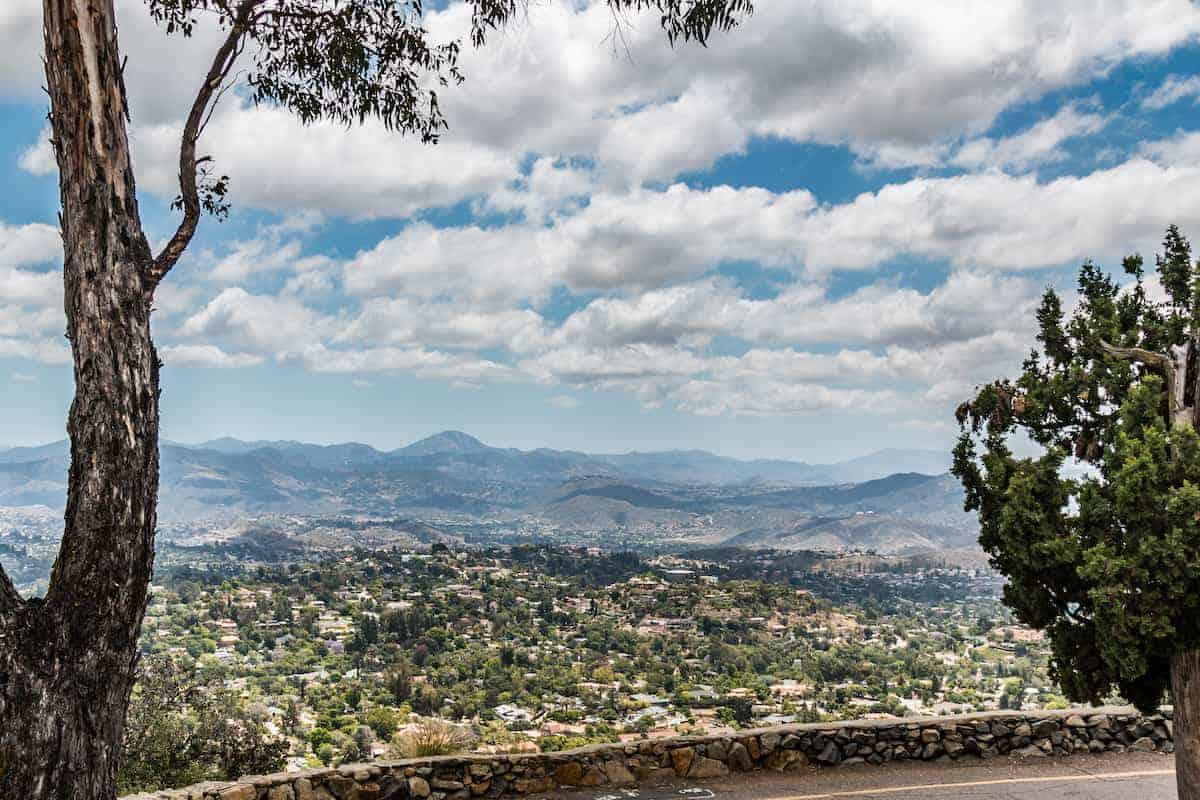 Just 10 miles outside the hustle and bustle of downtown San Diego sits La Mesa, a small town with quiet and quaint neighborhood feel. The city lives up to its nickname “the Jewel of the Hills," as it's nestled in the hills of Mission Trails Regional Park.

The proximity to the park and Lake Murray is great for hikers and outdoors enthusiasts, or families who like to spend time both by the beach and the mountains. 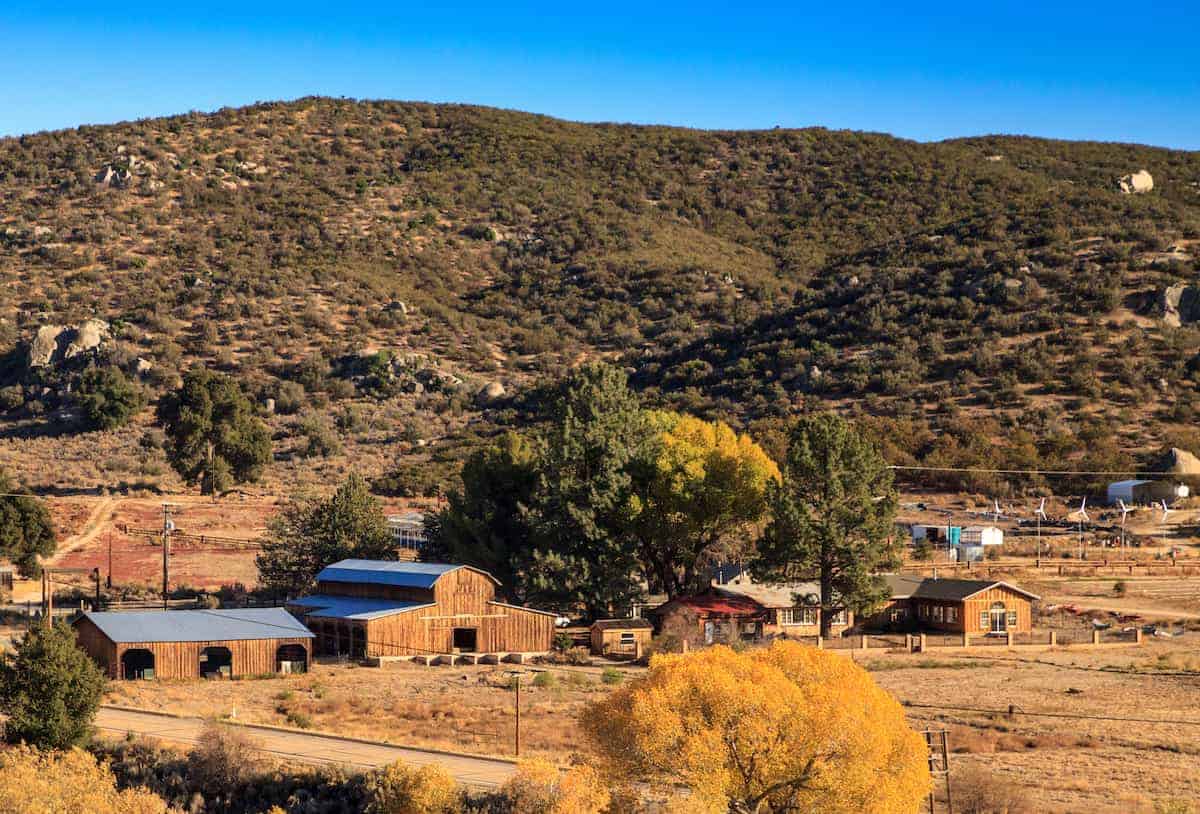 El Cajon is situated due east of San Diego in a valley surrounded by the mountains and hills of east county. Right off I-8, the city is very centrally located, making it easy to get into downtown and other nearby towns.

It's also considered an “up-and-coming" area of San Diego, with plenty of new stores and restaurants making home here. If you're thinking of investing in a home sooner than later, this is a good place to look. 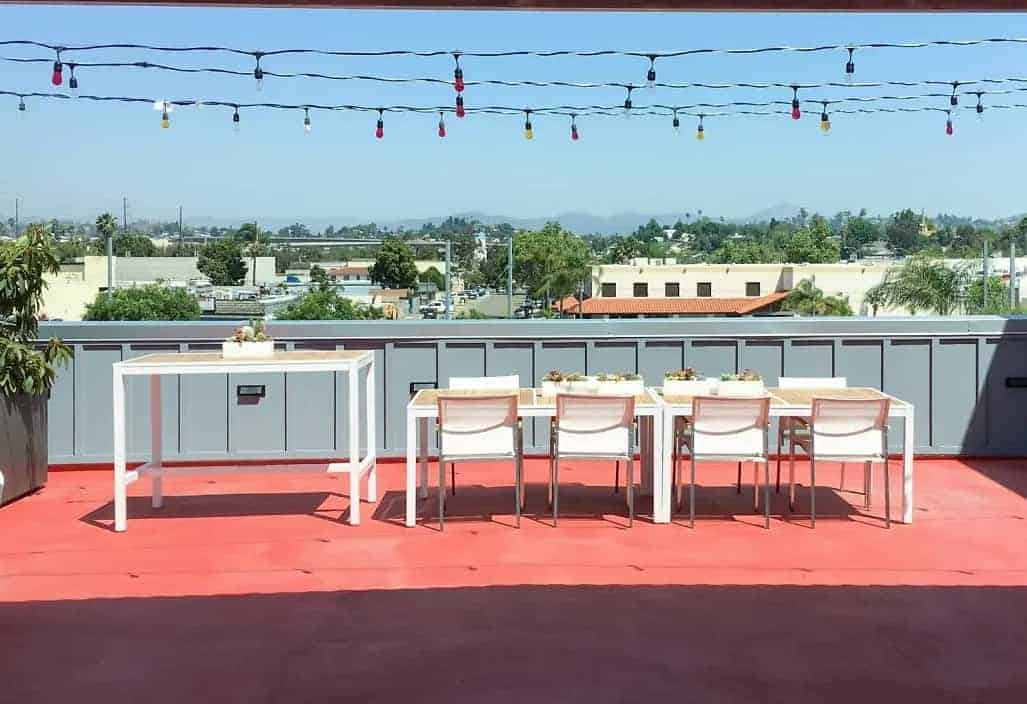 Another east county city, Lemon Grove is just nine miles outside town. Unsurprisingly, the city was named for the lemon and citrus groves in the area, which is commemorated by a giant lemon statue that greets all who enter the town.

While the proximity to San Diego is ideal, Lemon Grove also has two trolley stations on the Orange Line, making it very accessible to nearby areas of the city, along with Downtown.

What's more, unlike other suburbs that are home to a number of chain restaurants, Lemon Grove offers a fair amount of locally-owned mom and pop dining spots. 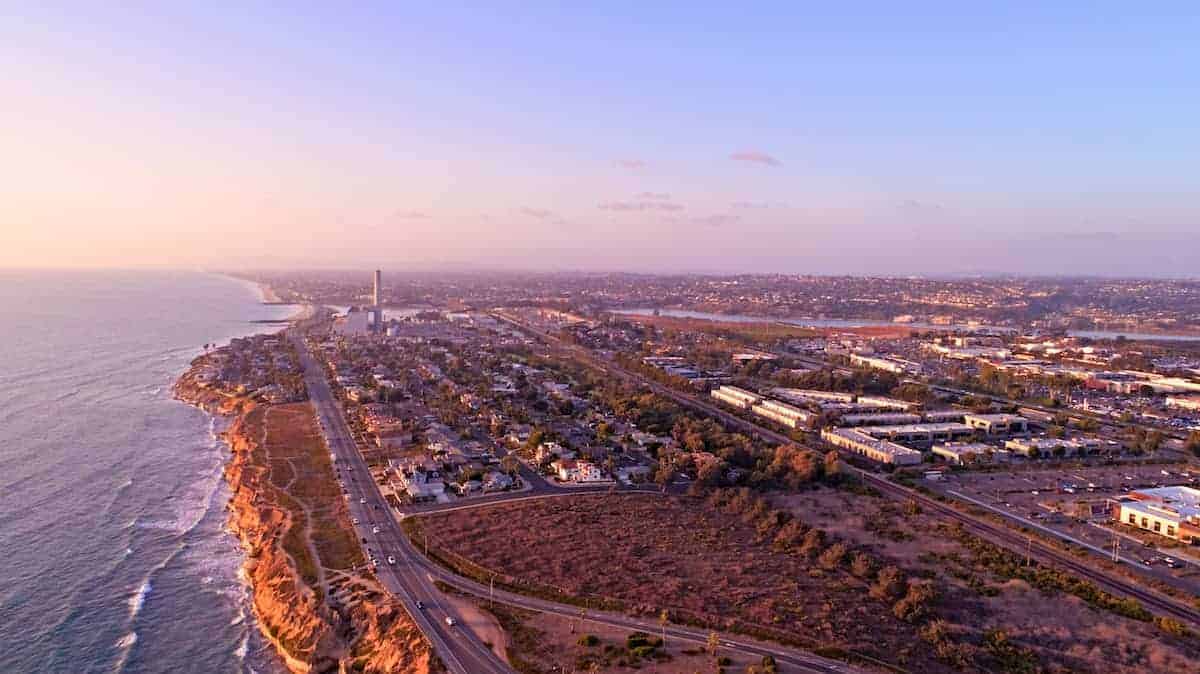 If you want to live in a large, coastal, suburban city, and can afford high rent, Carlsbad is worth considering. Located in north county, between Oceanside and Del Mar, Carlsbad takes up nearly seven exits on the I-5.

This big city has recently expanded eastward with new housing developments and downtown Carlsbad is home to shops, bars and restaurants, all within walking distance to the beach. Plus, nearby local attractions include Legoland and the seasonal Flower Fields.

The one drawback for many, as with any north county location, is the drive into downtown. While you're only 40 minutes away, during peak rush hour, that time can easily double. The good news is, there's a coaster station in downtown Carlsbad for those looking to commute via the train and beat the traffic.

San Marcos is another north county town, located just east of Carlsbad. Here you'll see significant savings in rent but with just as much to do, thanks to California State University San Marcos and other college campuses drawing plenty of people, apartments, restaurants and shops.

Going a little bit east also offers you more opportunities for hiking and outdoors activities, both of which San Marcos has. 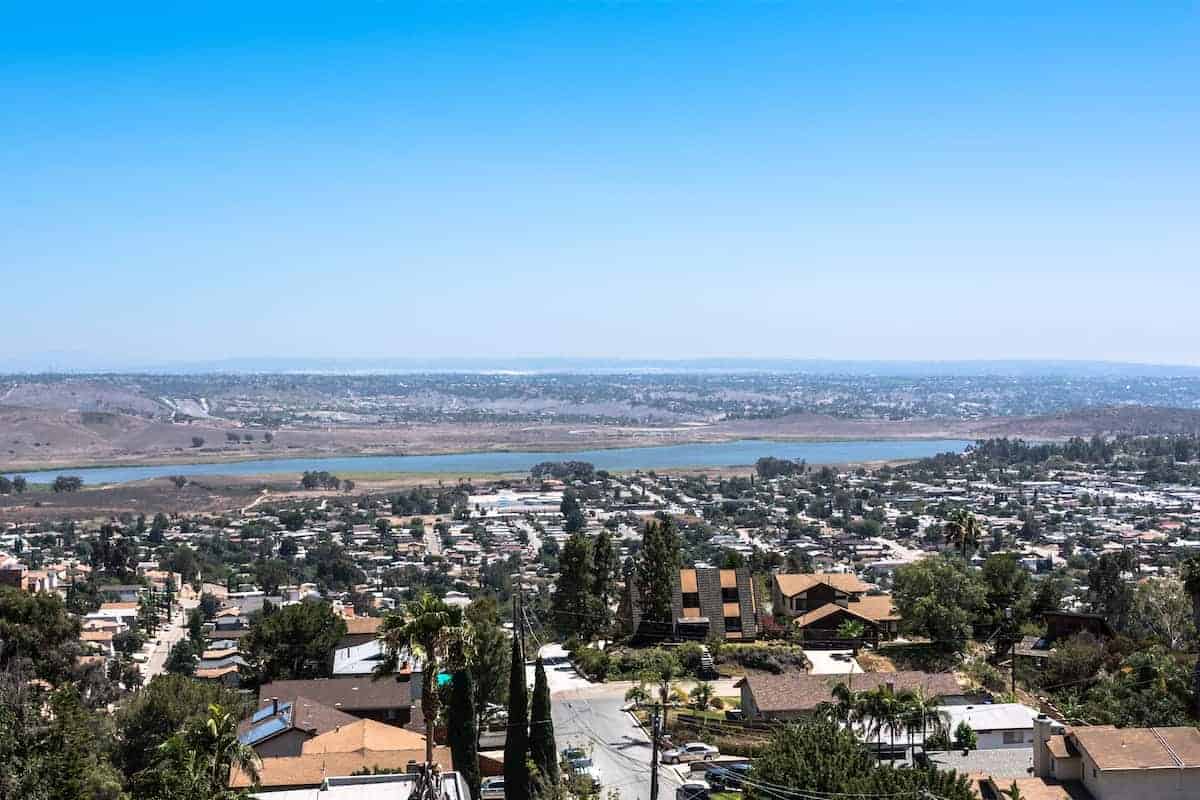 Spring Valley, just east of San Diego, earned its name from a natural spring in the center of town. With multiple hills and mountains in Spring Valley, you'll be treated to spectacular views that make it hard to believe you're so close to downtown.

The area is becoming a hub for the local San Diego distillery scene with multiple local spirits-based businesses opening their doors, according to the San Diego Union Tribune. If you're looking to experience a unique area of San Diego, this may be the place for you. 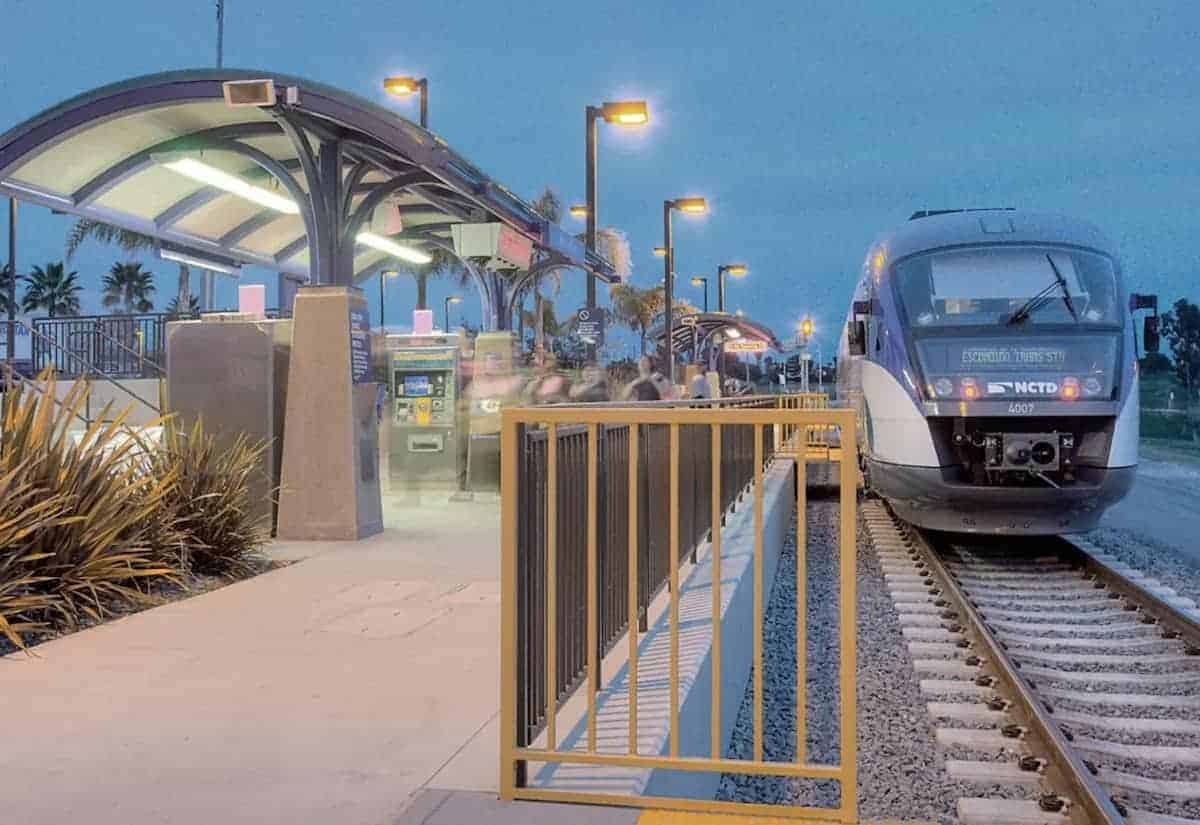 Vista is also in north county San Diego, nearby to Carlsbad and Oceanside. While you're not beach-adjacent, you aren't far, with just a short 10 to 15 minute drive putting you on the sand.

You'll also save on rent and still have access to a small downtown area with breweries and locally-owned shops. The city also hosts several fairs and festivals throughout the year making it a great place to live for nearly anyone.

The current rent information included in this article is based on July 2019 multifamily rental property inventory on ApartmentGuide.com and Rent.com and is used for illustrative purposes only. The data contained herein does not constitute financial advice or a pricing guarantee for any apartment.

Jessica Thiefels is founder and CEO of Jessica Thiefels Consulting and has been writing for more than 10 years. She's been featured in top publications like Forbes and has contributed to Lifehack, Reader's Digest, AARP and more.