You have reached the cached page for https://www.albumartexchange.com/covers/327347-the-tuxedo-original-motion-picture-soundtrack
Below is a snapshot of the Web page as it appeared on 9/23/2020 (the last time our crawler visited it). This is the version of the page that was used for ranking your search results. The page may have changed since we last cached it. To see what might have changed (without the highlights), go to the current page.
You searched for: Tuxedo [Original Motion Picture Soundtrack] Christophe Beck We have highlighted matching words that appear in the page below.
Bing is not responsible for the content of this page.
Album Art Exchange - The Tuxedo Original Motion Picture Soundtrack by Christophe Beck - Album Cover Art

No comments for this album art.

Jean-Christophe Beck (born November 30, 1972) is a Canadian television and film score composer and conductor. He is a brother of the noted pianist Chilly Gonzales.

Disclaimer/Legal Notice: While we do not hold the copyright to the image itself, this file is property of Album Art Exchange recreated under the Fair Use doctrine and as a licensed agent by the Copyright holders. Access to these images is contingent upon your agreement to limit their use to that of your own PRIVATE, PERSONAL and Non-Commercial usage. This also means that you agree that you may not post these images online or otherwise distribute these images ANYWHERE else. Should any copyright owner object to their album artwork being made available on this web site, please contact us at admin@albumartexchange.com to let me know which images you wish to have us remove.

You can right-click on the image to save it, or drag it to your desktop, into a folder, or drag it directly into iTunes. 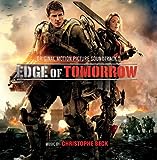 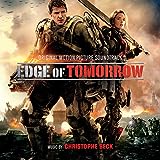 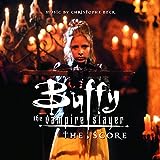 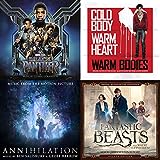