You have reached the cached page for https://www.amazon.com/Today-Your-Day-Shania-Twain/dp/B0052DE3YO
Below is a snapshot of the Web page as it appeared on 9/28/2020 (the last time our crawler visited it). This is the version of the page that was used for ranking your search results. The page may have changed since we last cached it. To see what might have changed (without the highlights), go to the current page.
You searched for: Today Is Your Day Shania Twain We have highlighted matching words that appear in the page below.
Bing is not responsible for the content of this page.
Today Is Your Day by Shania Twain on Amazon Music - Amazon.com 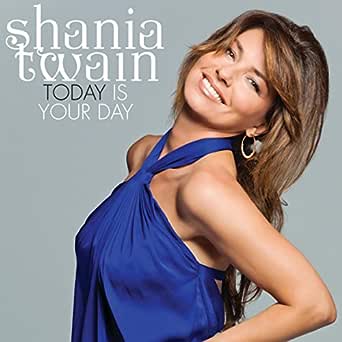 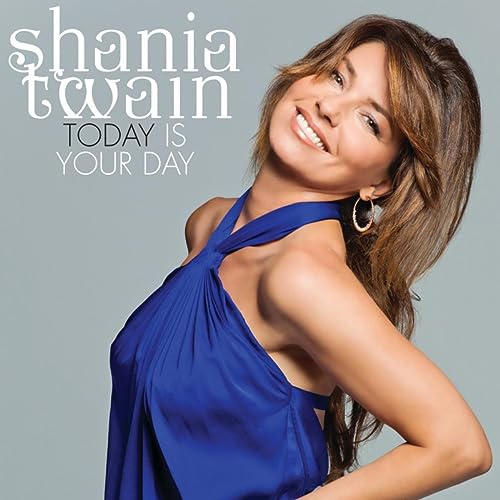 Today Is Your Day

Listen Now
Buy MP3 Album $1.29
Your Amazon Music account is currently associated with a different marketplace. To enjoy Prime Music, go to Your Music Library and transfer your account to Amazon.com (US).

4.1 out of 5 stars
4.1 out of 5
16 global ratings
How are ratings calculated?
To calculate the overall star rating and percentage breakdown by star, we don’t use a simple average. Instead, our system considers things like how recent a review is and if the reviewer bought the item on Amazon. It also analyzes reviews to verify trustworthiness.
Top reviews

Sparkles444
5.0 out of 5 stars Love this and Love Shania - You GO GIRL
Reviewed in the United States on January 22, 2014
Verified Purchase
LOVE this! Beautiful song and inspiring! Love the catchy rhythm. You can really feel the soul of this song. You GO GIRL!
Read more
Helpful
Comment Report abuse

nicole
5.0 out of 5 stars Shania Today is your day
Reviewed in the United States on May 2, 2013
Verified Purchase
Great inspirational song.. It is a song to help you get out of bed on days you feel you can't.
Read more
Helpful
Comment Report abuse

Kindle Customer
5.0 out of 5 stars i love this song!!!
Reviewed in the United States on November 30, 2012
Verified Purchase
i heard this song on shanias special on the oprah network. the words have a special meaning for me, as i was having a rough time in my life then. and the music is great! i loaded it in my phone and listen to it often.
Read more
Helpful
Comment Report abuse

Cody
5.0 out of 5 stars SHANIA IS BACK
Reviewed in the United States on April 6, 2013
I thought I had written a review for this song before, but obviously haven't! I have been following Shania's career for fourteen years now, and she has never disappointed. This is top notch and a great way to come back. While she is working with a different producer, David Foster, as I saw on her OWN docu-series, she is back in the studio for the first time. She wrote this song independently and though I thought David Foster's production was a bit restricted from what Shania wanted to do with the song originally, the lyrics come from her expierence. It was written to cheer her up, and was something she was afraid to release. I feel that when Shania finds the right producer that will allow her creative freedom to shine, as Mutt Lange did years ago, her songs will again top the charts. I can relate to these lyrics, but ultimatley feel the more upbeat acoustic version played on the first episode of her docu-series would have been a better fit for radio. I also saw Shania during the opening night (12/1/12) of her SHANIA:STILL THE ONE residency, which she exceeded every expectation. When she performed this song on stage, she used her original acoustic arangment, which the audience loved, and so did critics of the show. I reccommend the track to anyone, because Shania delivers it beautifully. It's well worth the money :)
Read more
Helpful
Comment Report abuse

Terrance Richard
5.0 out of 5 stars "Welcome Back Shania...We Have Missed You"
Reviewed in the United States on July 11, 2012
After being out of the recording studio for years due to personal problems in her life, most notably a nasty divorce, Shania Twain is gearing up for the release of her new album, due to be in stores sometime in the fall of 2012. First up, though, is this beautiful self-penned song of Shania's called "Today Is Your Day", a song that is positive in attitude and shows that anyone faced with hardships can overcome them with sheer determination, gutso and drive, all attributes Shania has. The song is catchy, fun and will haunt your memory for a long time. By the way Shania's voice has never sounded better.

I for one cannot wait for Miss Twain's new album! This has been a long time coming. Welcome back girl!
Read more
One person found this helpful
Helpful
Comment Report abuse

Kate Smart
1.0 out of 5 stars advice for Shania...
Reviewed in the United States on May 16, 2012
Shania Twain has never seemed like a person who hangs out with other musicians, and this is a shame. It explains why she would make a bee-line for David Foster the second she was ready to make a "come back." If she were my friend, I would beg her to steer clear of the David Foster machine which seems to have the unfortunate tendency to flatten out every artist under a sickly-sweet blanket of strings and uninspired piano arrangements. Anything that guy touches has "cheese" written all over it: predictable, soft-rock friendly, and catering to the same people who run out to buy the latest Josh Grobin record.

She should reach out to real musicians who write their own music and understand their craft. I would love to see her make a pared-down record that is clean and from the heart, as opposed to something that sounds as if it was churned out of a music vending machine. I know she has worked with Allison Krauss - I wonder how she would have approached this song. The way it sounds right now is pretty awful, in my opinion - it sounds as though it was recorded in an hour.

It will be a real shame if Shania Twain throws her talent away and leaves her songs in the hands of producers who will ruin her music and engineer her songs to fit a predictable radio format. It will only serve to reinforce the suspicion that she cannot make a record without being under the control of a powerful, male producer who ultimately makes all of the musical decisions for her.
Read more
3 people found this helpful
Helpful
Comment Report abuse

Jeff Funk
5.0 out of 5 stars Positive, Catchy and Wonderful! Great job!
Reviewed in the United States on June 21, 2011
I've been watching Why Not? With Shania Twain on OWN and I think it's the most inspiring show I've seen in years. What an inspiration you are, Shania. My family is happy to watch you find your confidence again. I loved watching this song come to life on camera with legendary producer David Foster working his magic. (He has perfect pitch, I believe. Bet his mind is always creating.) I can't stop humming this tune. It's the feel-good song to kick off summer.