You have reached the cached page for https://www.britannica.com/biography/Tim-Burton
Below is a snapshot of the Web page as it appeared on 11/30/2020 (the last time our crawler visited it). This is the version of the page that was used for ranking your search results. The page may have changed since we last cached it. To see what might have changed (without the highlights), go to the current page.
You searched for: Tim Burton wikipedia We have highlighted matching words that appear in the page below.
Bing is not responsible for the content of this page.
Tim Burton | Biography, Movies, & Facts | Britannica
Tim Burton
Article Media Additional Info

Join Britannica's Publishing Partner Program and our community of experts to gain a global audience for your work!
External Websites
Britannica Websites
Articles from Britannica Encyclopedias for elementary and high school students.
WRITTEN BY
The Editors of Encyclopaedia Britannica
Encyclopaedia Britannica's editors oversee subject areas in which they have extensive knowledge, whether from years of experience gained by working on that content or via study for an advanced degree....
Alternative Title: Timothy William Burton

Britannica Quiz
Film School: Fact or Fiction?
You may be familiar with the term "spaghetti western," but are films set in the Wild West of America sometimes called "horse operas?" Let the "dust settle" while sorting through various film facts in this quiz.

Burton, who became interested in drawing and filmmaking while quite young, attended the California Institute of the Arts and later worked as an animator at Disney Productions. After making a series of short films, including the horror-movie homage Frankenweenie (1984), Burton directed his first feature film, Pee-Wee’s Big Adventure, in 1985. A box-office success, the family movie centred on a man-child (played by Paul Reubens) looking for his stolen bicycle. With the dark comedy Beetlejuice (1988), Burton established himself as an unconventional filmmaker. He turned to more mainstream fare with the big-budget Batman (1989) and its sequel Batman Returns (1992). Both films were major hits. Burton was also responsible for the concept and general design of the stop-motion animation film The Nightmare Before Christmas (1993), which was directed by Henry Selick.

Edward Scissorhands (1990) marked Burton’s first collaboration with actor Johnny Depp. The two subsequently worked on such movies as Ed Wood (1994), a biopic about a cross-dressing filmmaker who was called the worst director ever; Sleepy Hollow (1999), which was based on Washington Irving’s story “The Legend of Sleepy Hollow”; and Charlie and the Chocolate Factory (2005), an adaptation of Roald Dahl’s children’s book of the same name.

In 2001 Burton’s remake of the science-fiction classic The Planet of the Apes (1968) was released. During its filming, he had begun a romantic relationship with one of its stars, Helena Bonham Carter, and the two became longtime partners. After directing Big Fish (2003), he made Corpse Bride (2005), which was nominated for an Academy Award for best animated feature. The film featured voice work by Depp and Bonham Carter, both of whom subsequently reteamed with Burton on Sweeney Todd: The Demon Barber of Fleet Street (2007), based on Stephen Sondheim’s musical; Alice in Wonderland (2010), a special-effects-enhanced adaptation of the Lewis Carroll story; and Dark Shadows (2012), a comedic interpretation of a cult-favourite soap opera from the 1960s.

A feature-length stop-motion remake of Frankenweenie, directed by Burton, was released in 2012. Big Eyes (2014) told the true story of painter Margaret Keane, whose husband took credit for her work during the early part of her career. Burton next directed the adventure fantasy Miss Peregrine’s Home for Peculiar Children (2016), a film adaptation of the first book in a popular young adult series by Ransom Riggs. In 2019 he received mixed reviews for Dumbo, a live-action remake of the 1941 Disney classic.

The Editors of Encyclopaedia Britannica This article was most recently revised and updated by Amy Tikkanen, Corrections Manager.

History at your fingertips
Sign up here to see what happened On This Day, every day in your inbox!
Thank you for subscribing!
Be on the lookout for your Britannica newsletter to get trusted stories delivered right to your inbox.
Tim Burton
Quick Facts 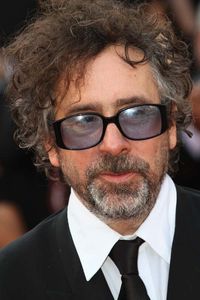