You have reached the cached page for https://krdo.com/news/national-world/2021/01/14/missouri-asks-some-unemployment-recipients-to-give-money-back-or-face-consequences/
Below is a snapshot of the Web page as it appeared on 3/4/2021 (the last time our crawler visited it). This is the version of the page that was used for ranking your search results. The page may have changed since we last cached it. To see what might have changed (without the highlights), go to the current page.
You searched for: The Miniaturist tv We have highlighted matching words that appear in the page below.
Bing is not responsible for the content of this page.
Missouri asks some unemployment recipients to give money back - or face consequences - KRDO Skip to Content

ST. LOUIS, Missouri (KMOV) — Unemployment insurance has been a lifeline for so many people during the pandemic, helping struggling people just to make ends meet. News 4 Investigates has uncovered disturbing data that shows the state of Missouri is asking thousands of people to pay the money back or face consequences. That’s because officials say they incorrectly paid thousands of people, to the tune of tens of millions of your tax dollars.

“I feel like at this point, as a single mom, I have been given the short end of the stick,” Jenna Rieker said.

Rieker, of Bridgeton, is one of the many Missourians to receive the notice. In March of 2020, she was furloughed from her customer service job, exactly one year to the day after she had received an award for her hard work.

Rieker applied for unemployment in March, was accepted and started getting payments – money she and her son couldn’t live without.

“My car, taking my baby to doctor’s appointments, my house, electric, water, sewer gas, everything,” she said.

In August, the payments suddenly stopped. She assumed the benefits had just run out. Then, just before Christmas, she received letters from the state of Missouri, entitled Overpayment Determinations. The letters informed her she had to pay back the unemployment funds. The letters stated there was an unintentional error or omission on her part, though she had no idea what.

“I filled out the paperwork and I sent it in. I don’t know where I erred, but if I did err, why didn’t you contact me or call me?” she said.

Unable to get answers from the state and thinking she was entitled to the funds she’d been receiving for months, she was simply stunned.

“If the state overpaid someone, that’s on the state, not on the individual,” said State Senator Brian Williams, who represents Jenna’s district. “I was raised by a single mom, so I know how difficult it is to survive, let alone, have the state make an error and have the individual be held accountable is unfair.”

To figure out if this was a bigger problem, News 4 Investigates requested and then analyzed raw data. According to the state, over 11,300 people were incorrectly paid from the federal Pandemic Unemployment Compensation fund since the start of the pandemic. The total loss, according to the data, is more than $44 million dollars. About half of states reported to the federal government. Missouri lost more money to overpayments than Illinois, Indiana, Michigan and New York. The Show Me state saw the second highest losses in overpayments, only to the state of Washington.

Senator Williams said he wants more answers from the Missouri Department of Labor and over a period of weeks, News 4 requested an on-camera interviews with state officials. Instead, a spokesperson for the Department of Labor sent a statement saying: “If the individual disagrees with DES’s decision regarding an overpayment or believes it is incorrect, they may file an appeal with the Division’s Appeals Tribunal.”

They told us they could not comment on Jenna’s case specifically. After our inquiries, officials called her to tell her she wouldn’t have to pay back the money.

“I can’t even believe you guys were able to help me, I am grateful and I am really happy,” said Rieker.

But she still doesn’t understand exactly what happened.

“They obviously need to get some more employees so they can answer the phone and make some phone calls and explain people what’s going on,” she said.

That $44 million is just for one recent federal program. The state says there is no report that shows all the money lost, but from our research it’s many millions more than that, just for the past year. We aren’t talking about people committing fraud or scamming the system, these are mistakes or errors.

The state declined to do an on-camera interview but after we pressed for more answers, the state said in a statement: “The Division is obligated, per federal guidance, to ensure that those receiving benefit payments are entitled to those payments and to collect overpayments when we discover fraud, errors, or omissions that were made by claimants resulting in them receiving funds to which they were not entitled.”

Please note: This content carries a strict local market embargo. If you share the same market as the contributor of this article, you may not use it on any platform. 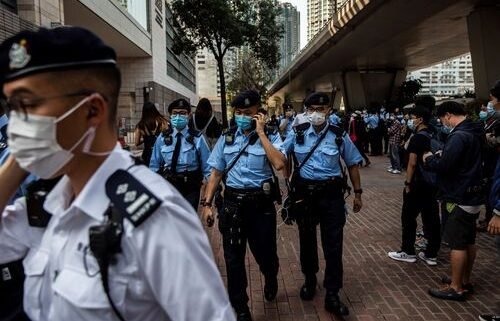