You have reached the cached page for https://issuu.com/neomania/docs/raycooper_tales
Below is a snapshot of the Web page as it appeared on 7/21/2020 (the last time our crawler visited it). This is the version of the page that was used for ranking your search results. The page may have changed since we last cached it. To see what might have changed (without the highlights), go to the current page.
You searched for: Tales of Love War & Death By Hanging Ray Cooper We have highlighted matching words that appear in the page below.
Bing is not responsible for the content of this page.
Ray Cooper | Tales of Love War & Death by Hanging by Volker Neumann - Issuu 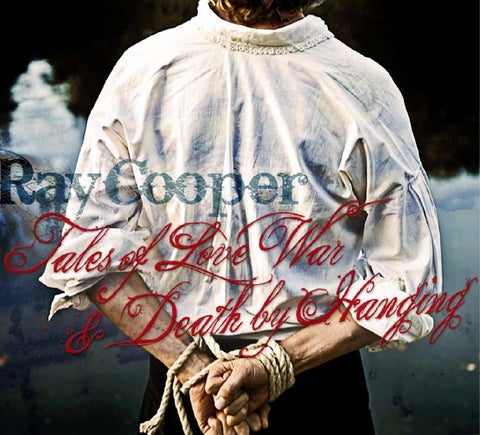 Produced and recorded by Ray

The Dark Days Are Over

Deep pools and diamonds, the warmth of a fire I feel I’m falling but I follow the wire To something familiar like the voice of a child The shape of your mouth, the ghost of a smile Dark is the window but I see inside Deep is the mirror that sparkles and shines And all of the jewels, you thought you could hide

She said ’Show me you steel, your armour your knife Show me your will to protect and survive When nothing is certain, except in the mind Show me you have what it takes for this life’

I said I will have faith, and I will be true Catching at pearls as they fall with the dew And all that I have I offer to you The dark days are over Darling believe me they’re over Leave them behind We’ve wandered so long in the valleys of night Believe me, the dark days are gone Words and music Ray Cooper

A Scottish border ballad from the lawless times of the 16th century. The soldiers come in the middle of the night and leave a man hanging from his own front gate. Everyone flees, and the

widow is left alone to bury

reminds me of the wars in

the body. This image always

the former Yugoslavia in

James Mc Pherson was hung in the market square of Banff Scotland in 1700. On the scaffold he sang, danced, played a jig and then broke his fiddle over a stone. Although a notorious gang leader, robber (and folk singer), he seems to redeem himself through the panache he shows in the face of death. However, maybe he was playing for time? Due to be hung at noon, he was expecting a last minute pardon and when, at a quarter to, a rider was seen approaching, one of the townsmen climbed the clock tower and moved the hands forward so they could hang him before the messenger arrived. Down went the trap and Mc Pherson became a song.

I Kiss The Night I kiss the night so dark and warm I breath, and watch and wait for dawn The doors are locked, the fires low I feel you close beside me now

The song was inspired by the Swedish bridal march played so beautifully by Patrik Andersson, that starts and ends the song. Sometimes I don’t sleep at night, but that’s OK .

The northern stars are so clear tonight All my life I’ve never seen them burn so bright The planets turn across the sky I breath and watch and wait for day A little spark, the ember glows We’ll feed that flame until it grows A burning sun so far away Is coming closer every day Trust me now it’ll be alright Now we’re here we’ll never need to fear the night A shooting star will guide the way I breath and watch and wait for day A tiny seed so dark and warm Is waiting softly for the dawn The arms are crossed the eyes are closed The leaves are waiting to unfold And now the dawn brings a little light Still an hour or two before the sun will rise The coming storm can wait awhile So dream, and wait for day Words Ray Cooper Music Ray Cooper / traditional Traditional Jämtland Bridal March

The Grey Goose Wing Neck stroke! Sir Thomas cried and threw his baton high We drew our bows and loosed a cloud that stained the autumn sky We had no choice to fight that day outnumbered three to one We’d marched too far into their land and couldn’t run We put our trust in shafts of ash, fletched with the grey goose wing We formed a line and turned to face, whatever fate could fling They bowed their heads they cursed and prayed as the cloud with goose wings flew The maddened host attacked us then just as we wished them to Next day the field was black with crows that fed on dead men’s eyes No Christian could see such sights and not be moved to cry And now we’re back on London bridge and all the choirs sing We throw our bonnets in the air and say ’It’s all for the whistling of the grey goose wing!’ A thousand maidens dressed in white threw leaves of laurel green They praise us not for bringing peace but bringing victory These people love a foreign war, that’s far away from home Till they get sick of losing sons and hope that one day peace will come When good King Henry came to town he rode a small grey mare So humbly to compare himself to our sweet saviour And through the crowds he bowed his head in all humility But he took the credit anyway for our great victory And when we got to London wall and heard the tumult roar By God they made more noise than all the host on that field of Agincourt And I’ll see you in the Bag-O-Nails and in our cups we’ll tell our tales To every wide eyed barfly in the room We’ll give ’em what they want to hear as long as they bring wine and beer We’ll tell ’em why the bells of London ring It’s all for the whistling of the grey goose wing! They threw laurel leaves Green laurel leaves Words Ray Cooper Not for peace but for the victory Music Ray Cooper / traditional Laurel leaves incorporating elements of the original Sweet laurel leaves anonymous Agincourt carol Sweet victory

Why write a song about Agincourt, a battle in Normandy that took place nearly 500 years ago? After years of civil war and internal division, our King convinced the people that it would be a really good idea to have a little war in a land somewhere far away. There was little chance of achieving any long term strategic objective, rather than to demonstrate the superiority of the English army and make everybody at home feel as if they had just won the world cup. Henry V was a master of propaganda and carefully managed his victory parade in London, giant wooden statues of David and Goliath were built on London Bridge, choirs with faces painted gold chanted praises, while Henry, humbly dressed, rode in on a small grey horse ... The merchants loved it.

The Highwayman I was a highwayman On the coach roads I did ride A sword and pistol by my side Many a fair maid lost her baubles to my trade Many a soldier shed his life blood on my blade The bastards hung me in the spring of '25 But I’m still alive I was a sailor I was born upon the tide And on the sea I did abide I sailed a schooner round the horn to Mexico I went aloft and furled the mainsail in a blow And when the yards broke off they said that I got killed But I’m living still Not sure if I believe in re-incarnation, but ancestral memory is a possibility.

I was a dam builder Across the river deep and wide Where steel and water did collide In a place called Boulder on the wild Colorado I slipped and fell into the wet concrete below They buried me in that great tomb that knows no sound But I’m still around I’ll always be around and around and around I fly a starship Across the universe divide And when I reach the other side I’ll find a place to rest my spirit if I can Maybe I will become a highwayman again Perhaps I’ll simply be a single drop of rain But I will remain And I’ll be back again, and again, and again Words and music Jimmy Webb

My Compass Points To North I cross the snow and ice again Leaving day and night behind No horizon, land or sky And everywhere you look is white Thatâ&#x20AC;&#x2122;s when you know you are alone Seven miles of ice below And no tracks to take you home Iâ&#x20AC;&#x2122;m holding to the course My compass points to north The perfect circle of the sun Never sets but travels round and round And here the silence is my friend Here the daylight never ends And still my compass shows the way Glowing green amidst the grey The needle shivers in my hand Pointing through the frozen land Words and music Ray Cooper

Keppoch is an old Scottish waltz which always makes me think of the villages of Glen Coe, the homeland of the Mc Donalds of Keppoch which in 1692 were laid waste and the inhabitants massacred. Ye Jacobites By Name was written by the Scottish poet, bon viveur and father of many children Robert Burns in 1792. The Jacobites were a Scottish faction that wanted to re-instate a king from the Stewart line (a catholic) and they had already had two bloody rebellions that century. Although a Jacobite himself, Burns thought it was time to lay down the weapons and made this plea for peace. This song is dedicated to all those people that like fighting. 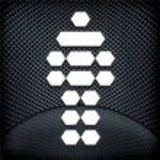