You have reached the cached page for https://www.bollywoodlife.com/news-gossip/ajay-devgn-to-play-a-grey-character-in-yrfs-action-film-franchise-read-details-1693427/
Below is a snapshot of the Web page as it appeared on 10/23/2020 (the last time our crawler visited it). This is the version of the page that was used for ranking your search results. The page may have changed since we last cached it. To see what might have changed (without the highlights), go to the current page.
You searched for: Snowpiercer tv We have highlighted matching words that appear in the page below.
Bing is not responsible for the content of this page.
Ajay Devgn to play a grey character in YRF's action film franchise — read details 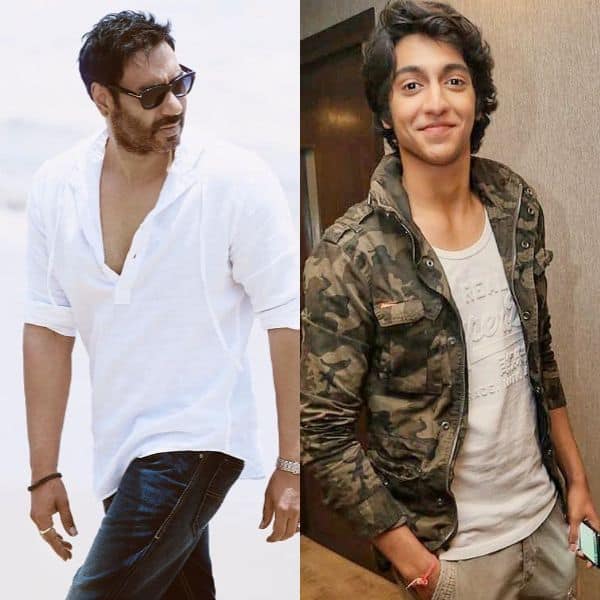 Yash Raj Films has some interesting films lined up. One of the flicks people are damn excited about is Ajay Devgn's first collaboration with Aditya Chopra. It seems Aditya Chopra wants to create something very iconic with Ajay Devgn. Sources have told Mid-Day that writers are penning down a grey character for the superstar. The film is going to be directed by Shiv Rawail, who is the son of famous filmmaker, Rahul Rawail. Also Read - Trending Entertainment News Today: Jr. NTR as Bheem in RRR, salaries of Bigg Boss 14 contestants, Netrikann first look

A trade source told MiD-Day, "While the film marks the debut of Ananya Panday's cousin Ahaan, Ajay leads the show from the front. Taking a cue from the Dhoom franchise where the antagonists have often overshadowed the heroes, Aditya has devised a cool and savvy character with grey shades for Ajay. It will be along the lines of Hrithik Roshan and Aamir Khan's characters in Dhoom 2 [2006] and Dhoom 3 [2013] respectively. Ajay is expected to sport multiple looks, which will involve the use of prosthetics." Also Read - Devoleena Bhattacharjee on reprising Gopi Bahu in Saath Nibhana Saathiya: It is like continuing your own brand just like superstars Salman Khan, Ajay Devgn, Akshay Kumar

Yash Raj Films has won over audiences with good actions films like Dhoom and WAR in recent years. The Hrithik Roshan - Tiger Shroff film was loved by masses and classes for its stunts and technical finesse. The source further told MiD-Day, "Boosted by the success of the Dhoom movies, Adi has been contemplating developing another franchise for long. He knows that Ajay, with his massive fan following, will be one of the safest bets to kickstart an action series. The production house is in talks with Hollywood action director Tom Struthers, who has previously worked on The Dark Knight [2008] and Dunkirk [2017], and South Korean action director SeaYoung Oh of Snowpiercer fame for the project." Also Read - RRR: Jr. NTR's glimpse as Bheem is power-packed; Ram Charan to unveil teaser tomorrow — watch video

Ajay Devgn is in the best phase of his career. His last film, Tanhaji: The Unsung Warrior is the biggest hit of 2020. In 2019, he delivered another big success with De De Pyaar De. We cannot wait for more details!