You have reached the cached page for https://www.rottentomatoes.com/m/1068832_sense_and_sensibility
Below is a snapshot of the Web page as it appeared on 10/25/2020 (the last time our crawler visited it). This is the version of the page that was used for ranking your search results. The page may have changed since we last cached it. To see what might have changed (without the highlights), go to the current page.
You searched for: Sense and Sensibility movie We have highlighted matching words that appear in the page below.
Bing is not responsible for the content of this page.
Sense and Sensibility (1995) - Rotten Tomatoes
Home
Top Box Office
Tickets & Showtimes
DVD & Streaming
TV
News 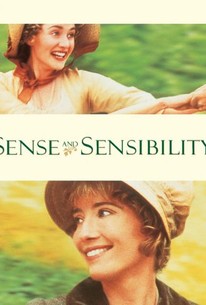 2:06
Sense and Sensibility: Official Clip - A Way With Kids

2:11
Sense and Sensibility: Official Clip - John Willoughby at Your Service

When Elinor Dashwood's (Emma Thompson) father dies, her family's finances are crippled. After the Dashwoods move to a cottage in Devonshire, Elinor's sister Marianne (Kate Winslet) is torn between the handsome John Willoughby (Greg Wise) and the older Colonel Brandon (Alan Rickman). Meanwhile, Elinor's romantic hopes with Edward Ferrars (Hugh Grant) are hindered due to his prior engagement. Both Elinor and Marianne strive for love while the circumstances in their lives constantly change.

News & Interviews for Sense and Sensibility

Critic Reviews for Sense and Sensibility

Audience Reviews for Sense and Sensibility