You have reached the cached page for https://trueblood.fandom.com/wiki/Ryan_Kwanten
Below is a snapshot of the Web page as it appeared on 1/17/2021 (the last time our crawler visited it). This is the version of the page that was used for ranking your search results. The page may have changed since we last cached it. To see what might have changed (without the highlights), go to the current page.
You searched for: Ryan Kwanten We have highlighted matching words that appear in the page below.
Bing is not responsible for the content of this page.
Ryan Kwanten | True Blood Wiki | Fandom
watch 01:20
The Loop (TV)
Do you like this video? 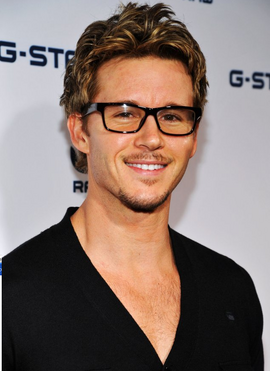 Ryan Kwanten, born November 28, 1976 in Sydney, New South Wales, is an Australian actor who plays the role of Jason Stackhouse on the HBO original series True Blood. Playing the role of the brother of protagonist Sookie Stackhouse, Ryan makes his debut in the series' premiere episode, "Strange Love", in the series' first season. A sheriff deputy working for the Bon Temps Police Station in the small town of Bon Temps, Louisiana, Ryan was a womanizer and former member of the Fellowship of the Sun. Playing a recurring role through the series' first, second, third, fourth, fifth, sixth, and seventh seasons, Ryan marries Brigette, a microbiologist from Alaska, and the former girlfriend of his best friend since childhood Hoyt Fortenberry. One of only four characters to appear in every episode, the other three being his sister Sookie, vampire Bill Compton and Merlotte's Bar and Grill short order cook Lafayette Reynolds, Ryan was last seen in the series' finale episode, "Thank You", in the series' seventh, and final, season.

Ryan Kwanten was born in Sydney, New South Wales to Eddie Kwanten, a worker at NSW Maritime, and Kris, a lifeline op-shop coordinator. He is of Dutch ancestry on his father's side. Ryan has two brothers, Mitchell, who is a musician and Lloyd, who is a doctor. He attended Catholic school. Ryan began acting on the TV shows A Country Practice, Hey Dad..! and Spellbinder. In 1997, he joined the cast of the Australian soap opera Home and Away, playing lifeguard Vinnie Patterson.

He eventually chose to leave the series in 2002, shortly after his character married and became a father. Moving to the United States, Ryan was cast as Jay Robertson in the Lori Loughlin-starring series Summerland, which ran from 2004 to 2005. He appeared in the films Flicka, with Maria Bello, Alison Lohman and Tim McGraw, and Dead Silence, a horror movie in which he played the leading role.

Ryan made an appearance in a Law and Order: SVU episode that aired on 2 December 2008, in which he portrayed US Marine Corps Master Sergeant Dominic Pruitt who was (falsely) accused of raping and murdering a fellow Marine who was pregnant.

In 2009, he starred in the film Don't Fade Away with Mischa Barton and Beau Bridges.

Retrieved from "https://trueblood.fandom.com/wiki/Ryan_Kwanten?oldid=141647"
Community content is available under CC-BY-SA unless otherwise noted.